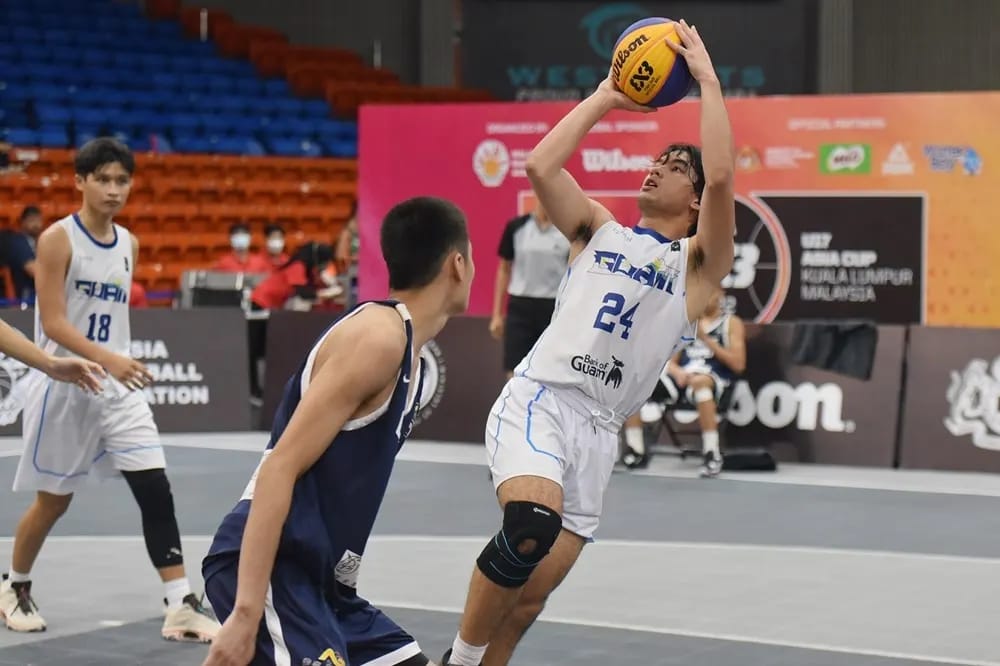 The 2022 FIBA U17 Asia Cup 3×3 tournament was held in Kuala Lumpur, Malaysia this week with Guam sending a contingent to compete against Asia’s best.

Girls recap
The girls team competed on Friday and started off with a 16-12 victory against Samoa. Jada Han scored eight points to lead Guam as they kicked off the tournament with a victory. Alura Hernandez added four points in Guam’s win over Samoa.

The girls team played three games in one day and rest time was minimal in between games. After their game against Samoa, the girls needed to warm up once again to play their next game.

The competition became more intense with the girls losing to Singapore 19-11 and later falling to Jordan 13-10. Guam finished in pool B with a 1-2 record. Han ranked second in scoring with 18 points scored in pool play.

Han said the strategy of the 3×3 game is different from the full court game. “We took some time to think about what we needed to fix and help us score without having to exert so much energy,” said Han.

“It was a great feeling to play against people who play all year round from different countries,” said Han.

Boys recap
The boys team faced Hong Kong in their first game on Friday morning and had a shot to win it but a costly foul in the final 30 seconds hurt their chances. After taking a 20-19 lead, a foul behind the arc gave Hong Kong a 21-20 victory. Blaise Ada led all scorers with 13 points, Raven Pascua had five for the game.

The boys team also played three games in one day. All their games were morning games and they had to recover from a heart-breaking loss to play a couple of juggernaut teams.

“The competition was very good and 3×3 is a very fast paced game. This experience taught me how to move onto the next play, even when things aren’t going your way,” said Ada.

“Representing Guam is always a special feeling while playing on the court. I feel motivated because Guam is on the front of my chest,” said Ada.