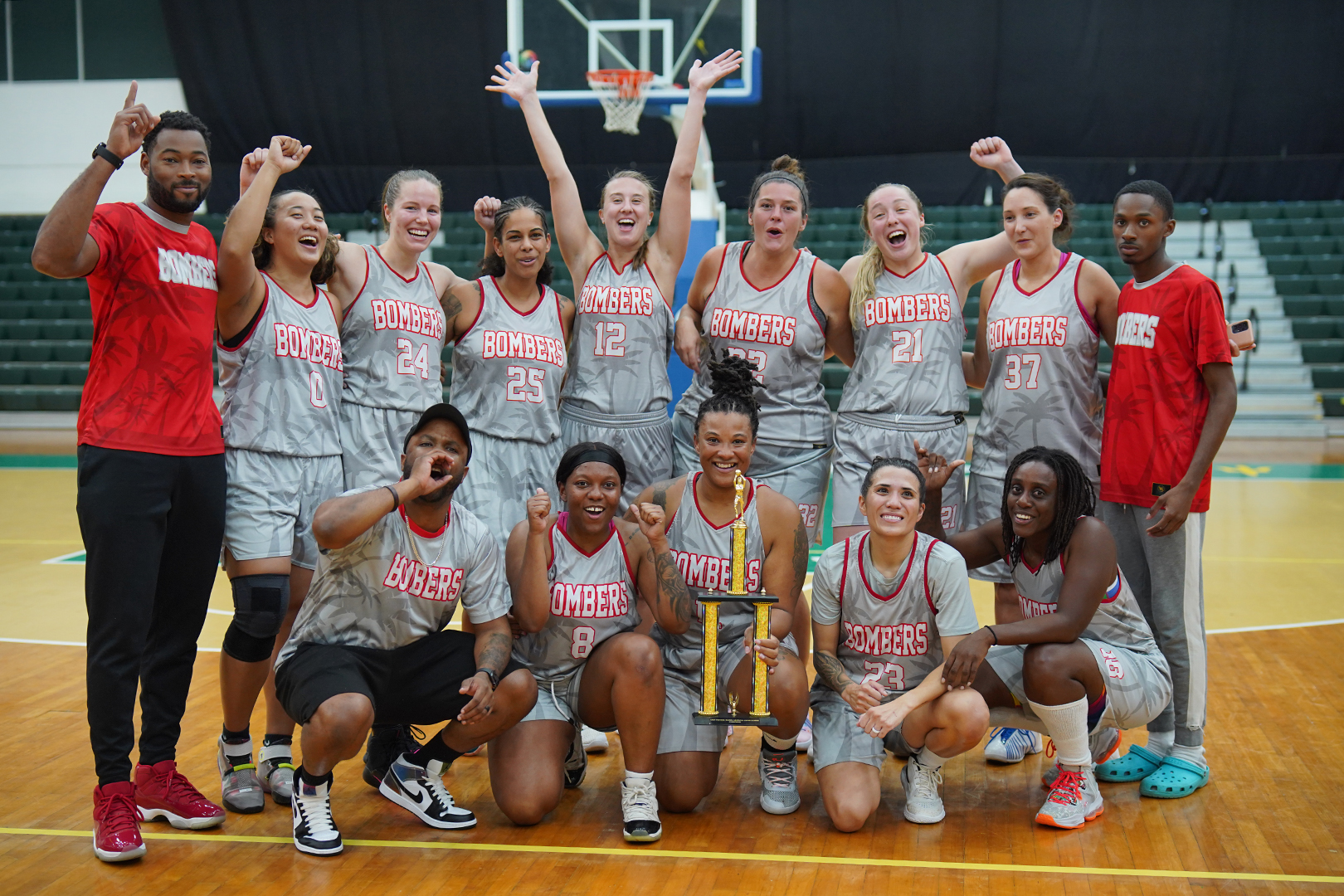 PRESS RELEASE – The Lady Bombers of Andersen Air Force Base routed the Lady Tritons of the University of Guam on Monday night in the UOG Calvo Field House 108-59 in the championship game of the Lady Triton – Global Learning Super League match-up. In the 3rd place game, Team Acdavate defeated the BallHers 77-62.

In the championship game, the Lady Bombers took control in the first quarter behind 11 points from Michaela McFalls to lead 28-13 after the first 10 minutes and then the Lady Bombers put the game away in the 2nd period, outscoring UOG 33-9 in the quarter with Katie Foote scoring 11 points for the Bombers and the Andersen team leading 61-22 at half-time.

The two major factors to game’s first half was that the Lady Bombers dominated the paint in the first 20 minutes, scoring at will with inside shots and having fouls called on the Tritons and turning the 2 points baskets into 3-point plays. And the Lady Tritons top scorer, Cori-Nicole Paulino was held in check through the first two quarters, only scoring two points in the first half.

Michaela Mcfalls led the Lady Bombers with 25 points while the “Katies” combined for 53 points with Katie Foote scoring 19 and Katie Mueller and Kate Inchun adding 17 each. Amanda Uncanqco led UOG with 17 points while Myranda Brogger added 16 and Coco Paulino ended up with 14 points on the night.

The Lady Bombers ended the season 12-0 and over the past two seasons are 22-0 in the Lady Triton Super League. The Lady Tritons finished the fall season 7-6 after being 0-9 in the spring of 2022.

Katie Foote was named the league’s Most Valuable Player from the Lady Bombers.

In the third-place game, Team Acdavate beat the BallHers team 77-62.

The first half was a close game, with Acdavate leading 19-16 after the first quarter and 35-30 at half-time. In the 3rd quarter, Acdavate opened up a 15-point lead outscoring the BallHers 20-10 in the period. The BallHers playing with only 6 players in the game, didn’t have a push left in them during the 4th quarter and Acdavate went on to a 77-62 victory.

Acdavate had a balanced scoring attack for the game with Riah Arceo scoring 13 points followed by Arri Arceo and Cin Villena scoring 12 points each. Shaniah Aguon led all scorers with 23 points for the BallHers while Alana Salas scored 19 and Anslie Sarsalejo added 13.

Acdavate finished the season with a 9-3 record while the BallHers fell to 2-11.