Top teams battle it out 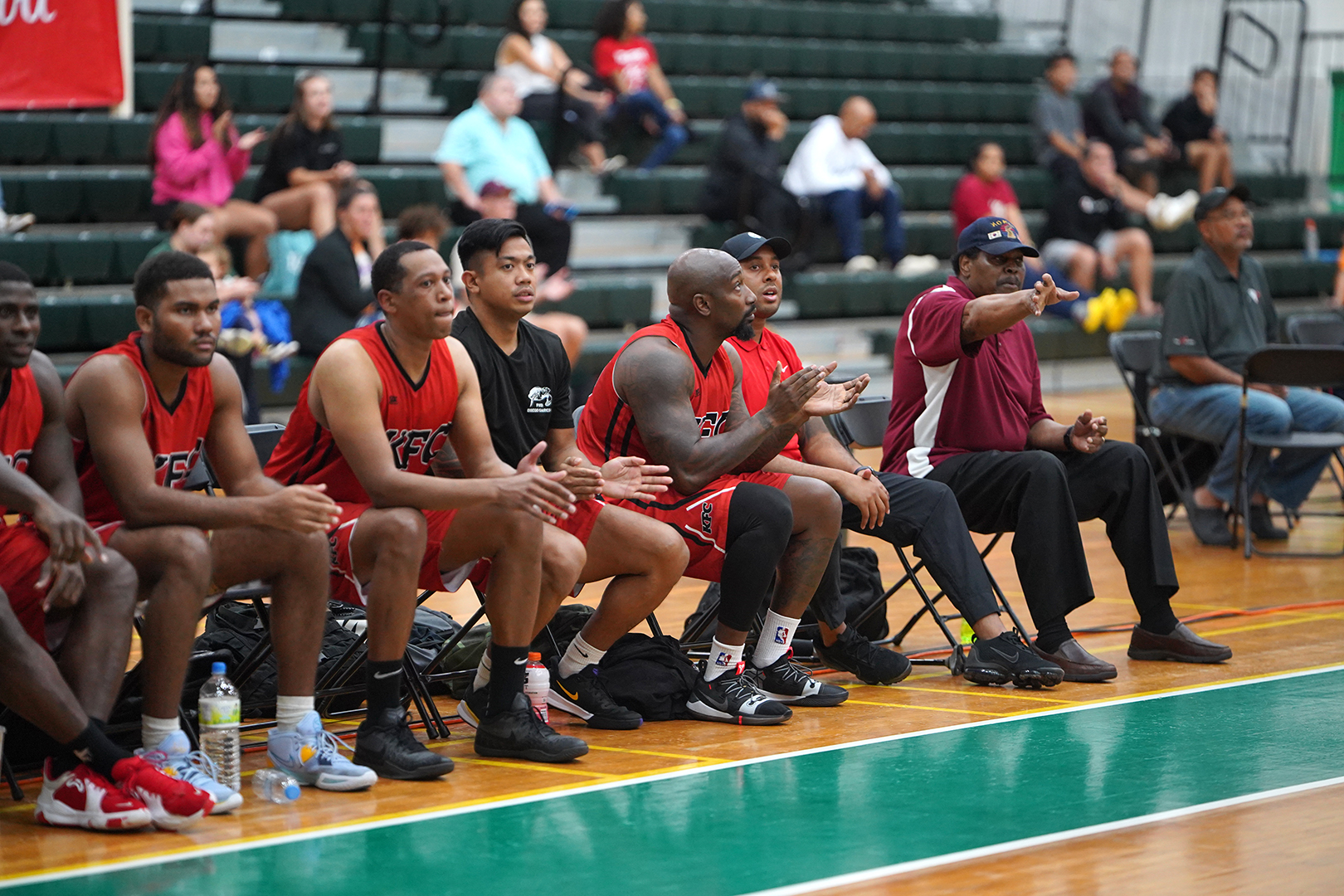 PRESS RELEASE – The KFC Bombers won a close battle with the MVP Stars on Tuesday night in the UOG Calvo Field House in a Triton-KFC Men’s Basketball League game by the score of 101-95. In the opening game of the night, Team OG by Hamon Radio, Water and Ice defeated the Four Stars 104-95.

In the nightcap, in a match-up of the championship game from the spring of 2022 Triton League, it was a back-and-forth game, with the KFC Bombers pulling slightly ahead for most of the night, but the MVPs would come right to make it a one-point game.

In the opening quarter, the Bombers behind 18 points from Divine Cox took a 23-21 lead after the first 10 minutes. In the 2nd quarter, both offenses got into high gear with both teams scoring 30 points in the period as JP Cruz for the MVPs scored 16 points to keep pace with the Bombers in the period. The Bombers led 53-51 at half-time.

In the third period, Jaden Finley for the Bombers scored 12 points in the quarter while Cruz added another 10 points for the MVPs but the Bombers were able to lead by 5 points at the end of the period 82-77.

In the 4th quarter, JP Cruz scored 11 points for the MVP Stars to keep them close but Jaden Finley and Divine Cox combined for 16 of the 19 points in the quarter for the Bombers to keep them in the lead and took them to a 101-95 win.

The Bombers play the UOG Tritons next on Thursday, October 27 at 6:30 pm. The MVP Stars next game is also on Thursday at 8:15 pm against the MicroFriends.

Team OG came back from an early deficient to defeat the Four Starts 104-95.

The Four Stars opened the game playing well with Tommy Augputiw hitting three 3-point shots in the first 10 minutes to push the Four Stars to a 29-20 lead after the first quarter. But Team OG got hot themselves in the 2nd quarter to outscore the Four Stars 31-15 in the period and led 51-44 at half-time.

AJ Grape exploded for 18 points in the 3rd quarter for Team OG as the team scored 36 points in the period and led 87-69 going into the 4th quarter. The Four Stars rallied in the final period, outscoring Team OG 26-17 but it was too little, too late and Team OG won the game, 104-95.

All games are played at the UOG Calvo Field House, and all games are streamed live on the UOG Athletic Facebook page.