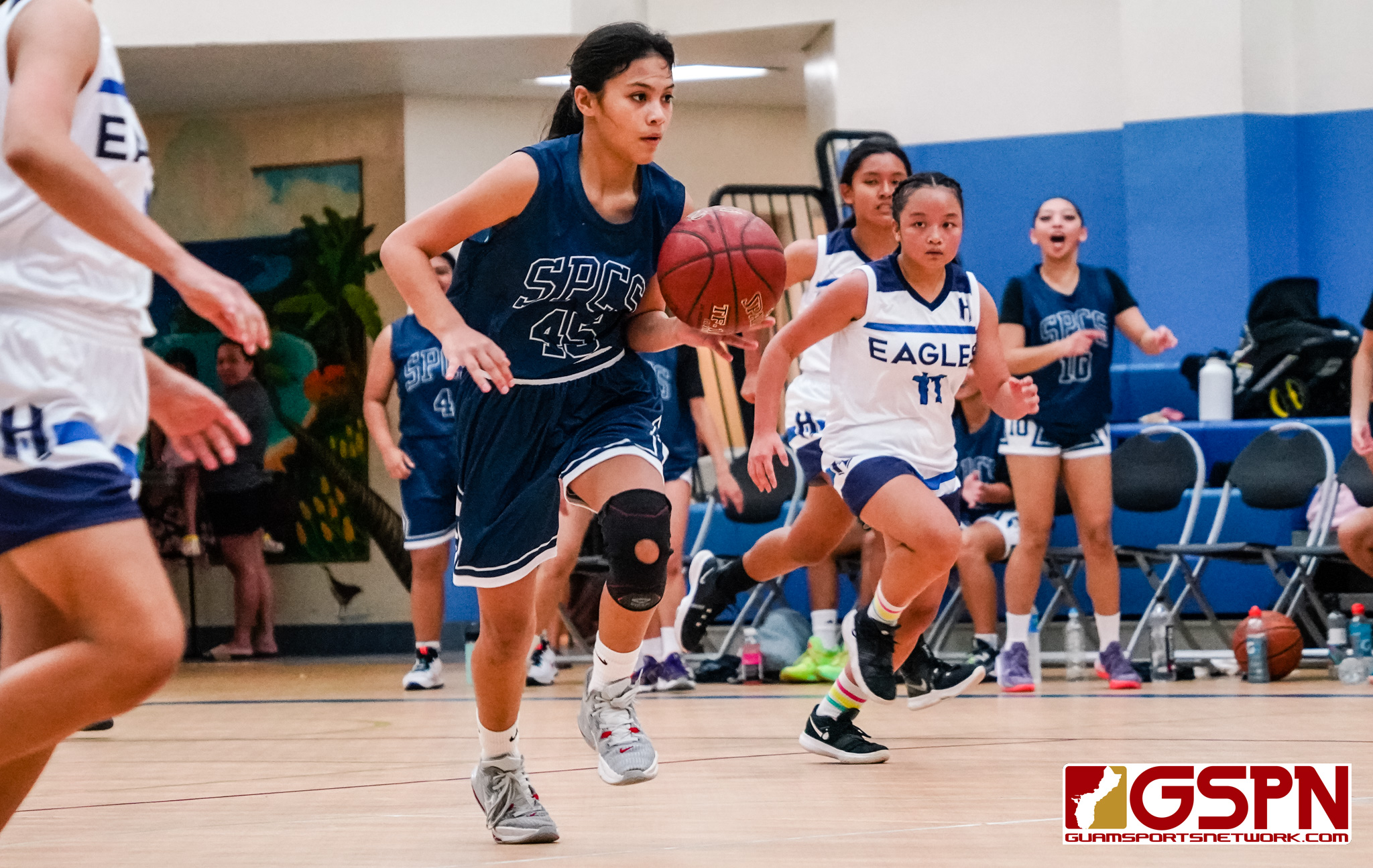 The St. Paul Warriors Girls Basketball are on a mission to reclaim the IIAAG championship they surrendered last year to the Academy Cougars.

St. Paul led from start to finish and did not look back. The Warriors defense was stingy, holding the Eagles to just two field goal baskets. The rest of the Eagle points were scored from the charity stripe. Olivia Haddock and Sophie Espaldon scored four points each to lead Harvest.

The last time the Warriors were on the court, they lost the championship to the Academy Cougars 57-36.

This season, the Warriors are looking for revenge and displayed great basketball on both sides of the court.

Prior to their loss to Academy last season, the Warriors won four straight championships. The Cougars ended the dynasty but are now without IIAAG MVP Mia Taitano and First Team forward Coco Paulino.

With the statement made at Harvest, it’s safe to say the Warriors are one of the teams to beat this year. A big test for the Warriors will come this Friday vs the Notre Dame Royals. The Royals have some key returnees from their team which finished in third place last season.