Academy too much for Guam High in girls hoops 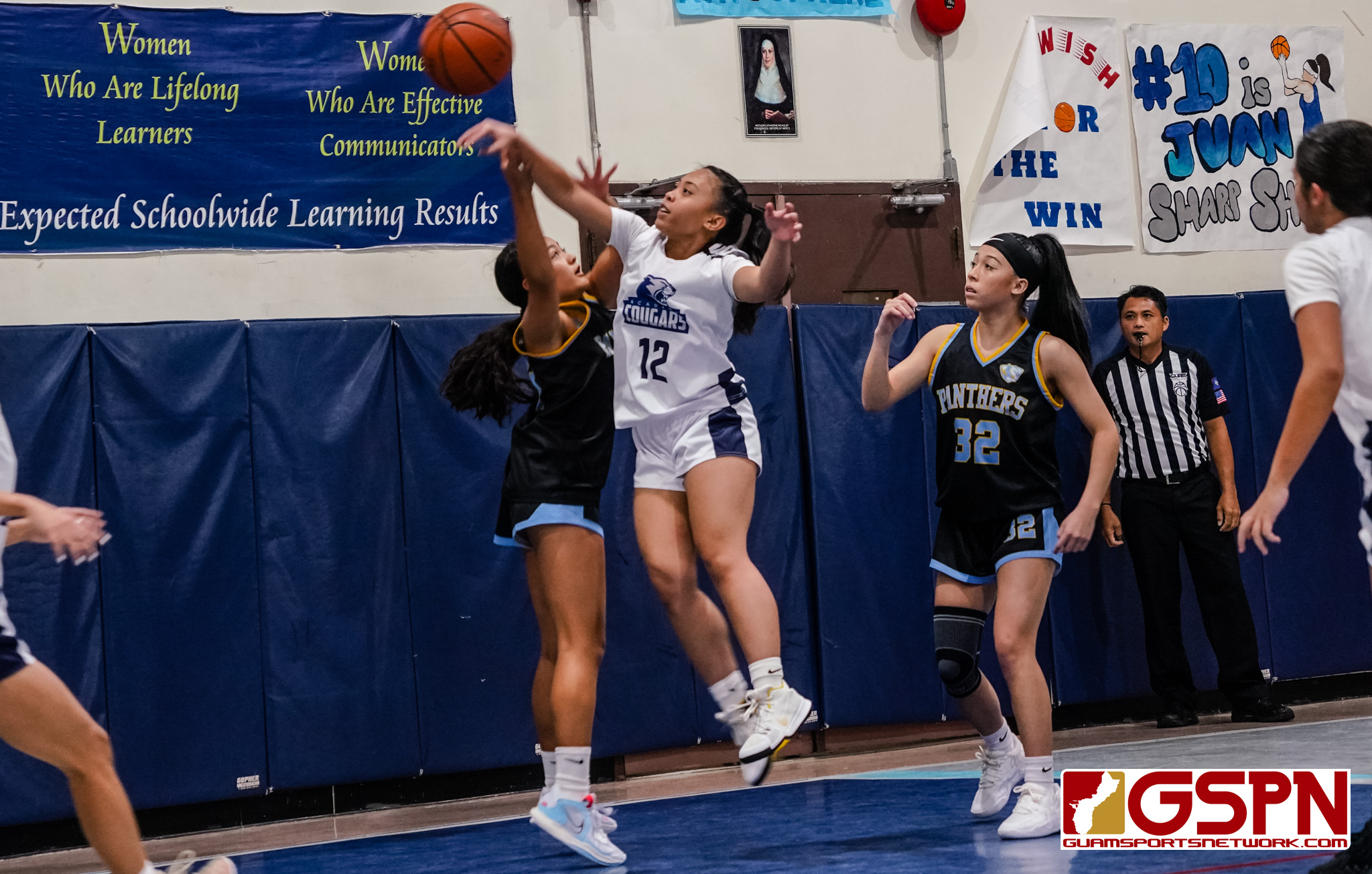 The Academy Cougars began their quest to repeat as the IIAAG Girls Basketball Champions after making a statement win over the Guam High Panthers, 60-33.

The crowd was pumped for the defending champions on their home court as they jumped out to a 12-0 lead.

By the end of the first quarter, the Cougars led 14-4. Rya Castro and Gabby Penry scored two points apiece for the Panthers who had a difficult time against the Academy defense.

Kailee Guerrero led the Panthers in scoring with nine points, all scored from the charity stripe. Maria-Jean Paulino scored six points for Academy.

Academy and the St. Paul Warriors are now the teams to beat after the Warriors defeated the ND Royals 70-17 at St. Paul. Both teams are undefeated and a rivalry showdown is scheduled next week between the two powerhouse squads.

Mark your calenders for the Academy vs St. Paul game next week Saturday, November 11th, at Academy at 11:45 am. The JV game will start at 10 am.