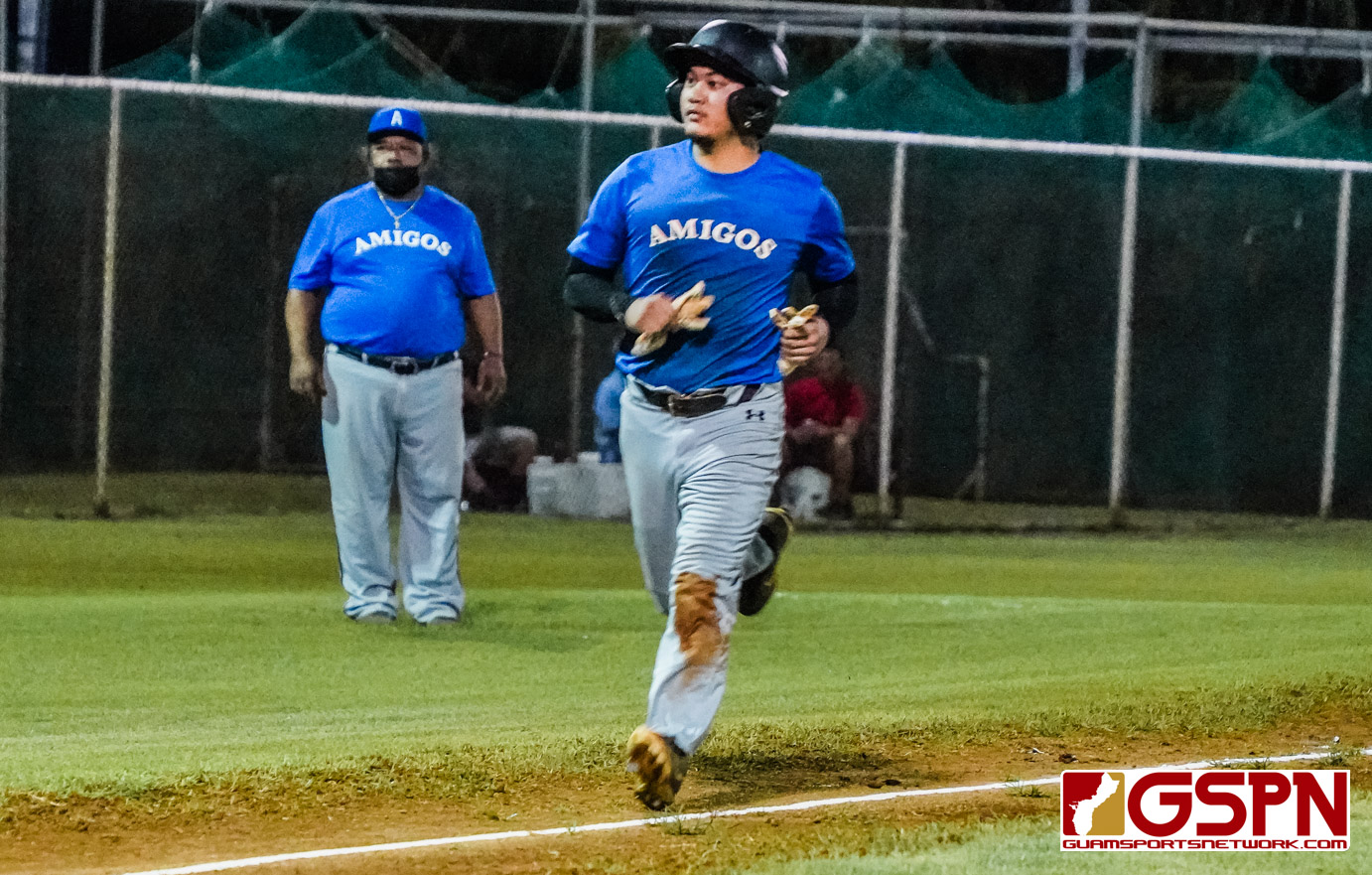 The Amigos pulled off an 8-7 upset in a rain-shortened affair with the Dodgers batting in the top of the 8th.

Chalan Pago can still squeeze in to the six-team playoff format with the Typhoons, Rangers and Redhawks all still jockeying for the last two spots.

It would be a comeback for the ages for the Amigos if they do make it in since they once sported a 1-5 record and currently are riding a three-game winning streak at 4-5.

Meanwhile, the loss for the Dodgers ended a six-game winning streak of their own and dropped them from a potential tie for the pennant with the Jr. Nationals. They secure either second or third in the playoffs at 8-3.

For the Dodgers, Mike Concepcion went 2-for-3.