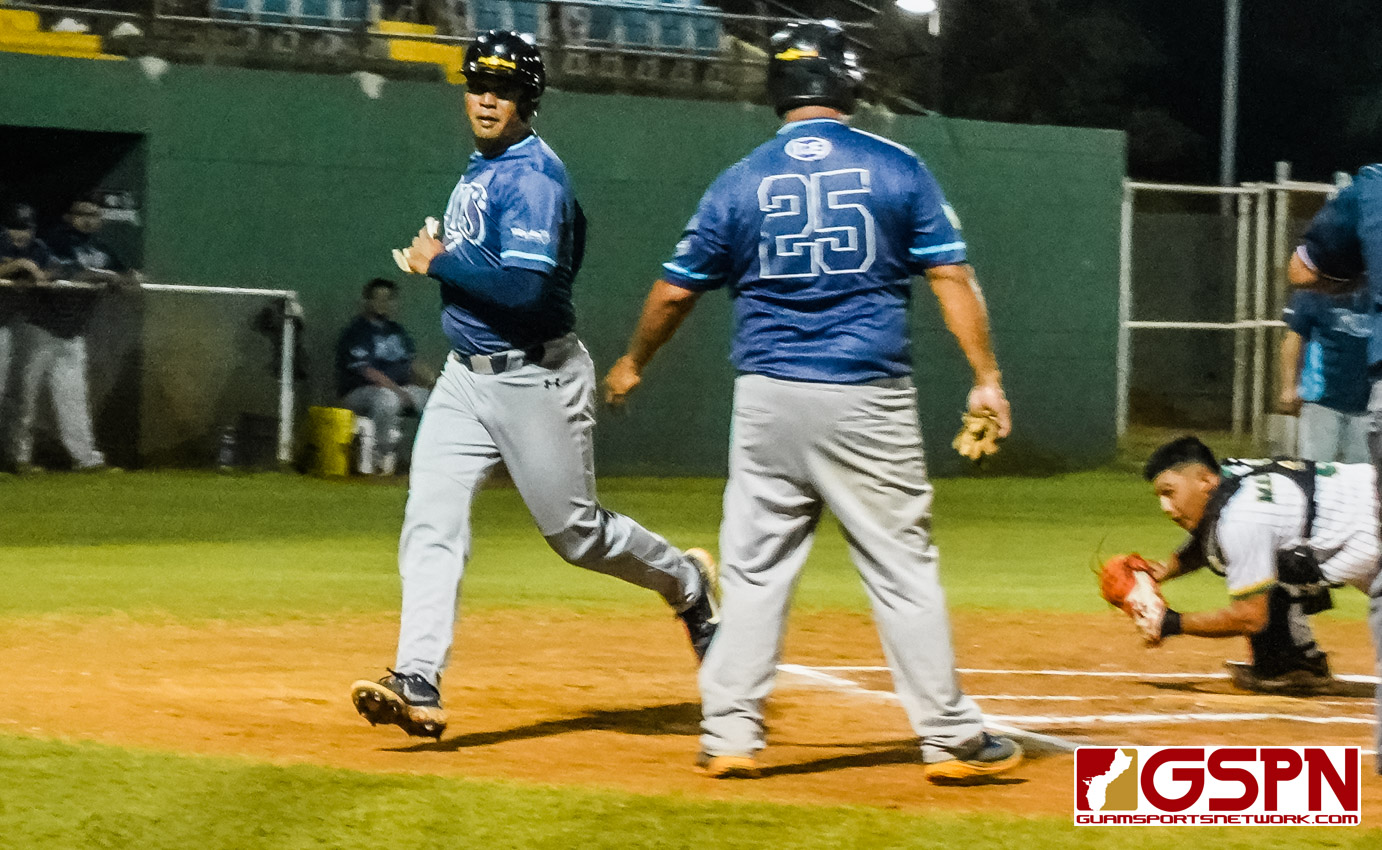 The loss dropped the Tritons out of pennant contention and handed the Junior Nationals with the top spot with a 9-2 mark. It is the first time ever that a Junior National team has won a pennant!

IT&E ended the season at 5-6, winning its last four games. It was a down season for the Rays who sported one of the more talented rosters, however, they got off to a rough start and could not recover in time to make the post season.

Jared Palomo had a monster night, going 5-for-6 with a home run and five RBI. Justin Elm went 3-for-5 with 3 RBI in a night the Rays whipped out 15 hits on the Tritons.

Andrew Perez went 3-for-6 for UOG, which committed seven errors. It was the Tritons first game in over 40 days due to all the rainouts.

There are two regular season games remaining with the Yona Redhawks playing in both due to countless amounts of rainouts. The Redhawks need to win both make up games to force a one-game matchup with the Talofofo Rangers for the sixth and final playoff spot.

If Yona drops just one game, the Rangers sneak into the postseason.

The top two teams get a bye into the second round with 3 through 6 play.