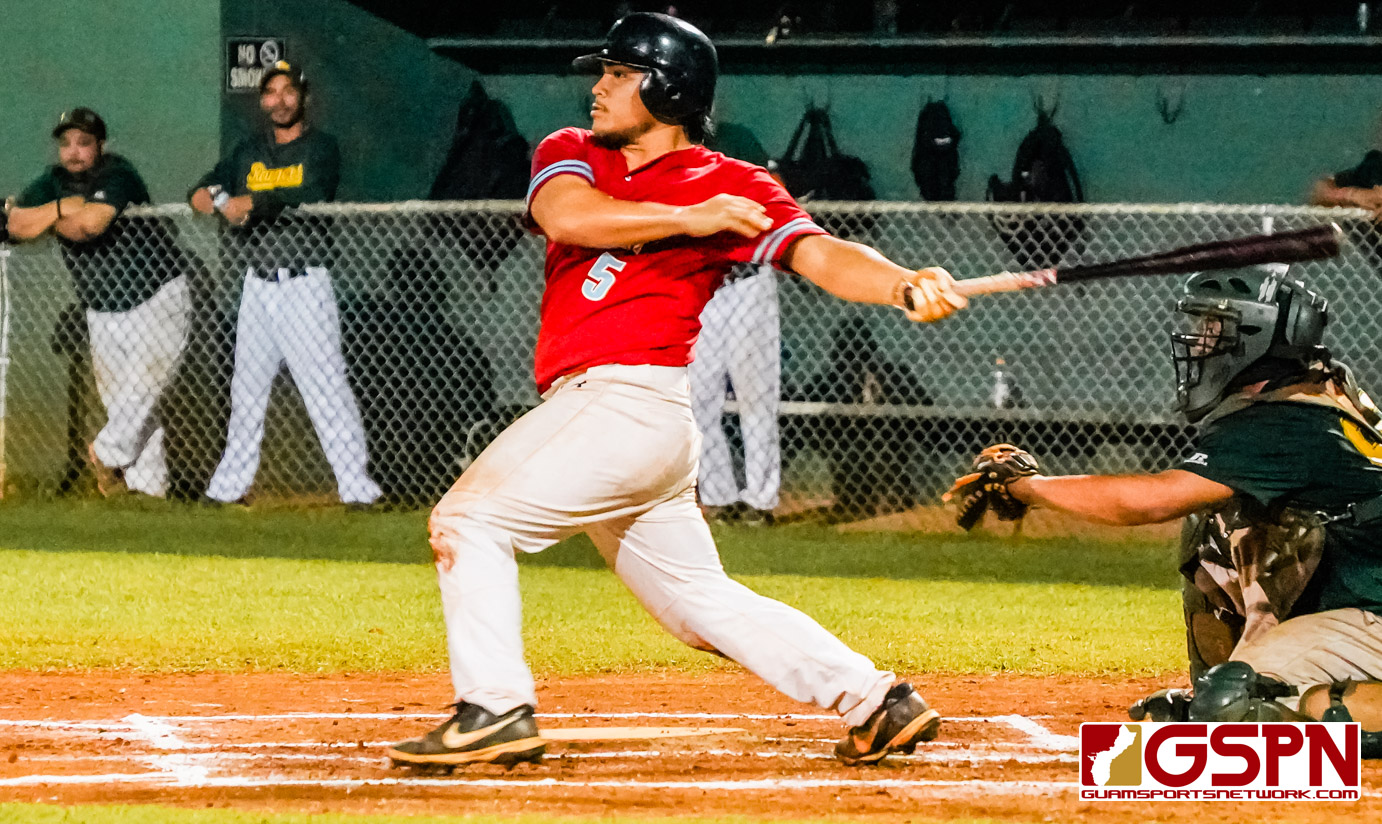 “We pulled off a miracle.”

After four and a half hours of play, the pennant-winning Junior Nationals pulled off a 14-13 win over the Talofofo Rangers in the bottom of the 11th inning in Game 1 of the 2022 Guam Major League semifinals Sunday night.

Manager Joe Tuquero called it a miracle in a wild affair at Paseo Stadium.

Javy Concepcion drove in Ricky Leon Guerrero with the winning run at almost 11:30 pm to send the Junior Nats up 1-0 in the best-of-5 semifinals.

Talofofo couldn’t hold on to an 11-4 lead as the Juniors scored seven runs in the bottom of the 9th to send it into extra innings.

“Luck was on our side in the end,” Tuquero added. “The Rangers are straight up tough ballers until the end.”

Both teams matched each other with a run apiece in the 10th and the Rangers took the lead once again in the top of the 11th before more heroics by the young squad in the bottom of the 11th.

Amos Taijeron cranked a homer for the Rangers and Andrew Taijeron went 4-for-6.

Game 1 of the other semifinals between the Dodgers and Typhoons is set for Tuesday night at 7 pm.