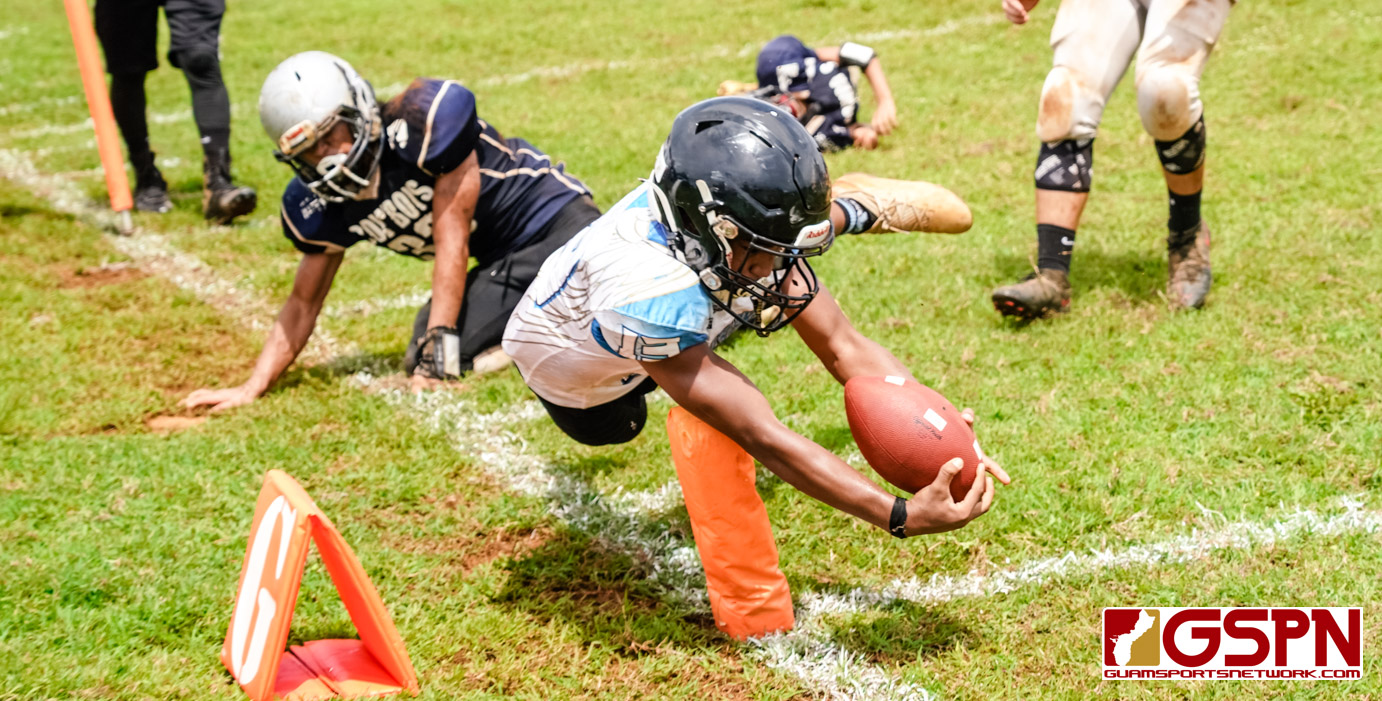 The Hal’s Angels are ready to defend their Matua Division after edging out the Southern Cowboys 26-24 in the Triple J Ford GNYFF League semifinals Saturday afternoon.

The Angels will take on the undefeated Guahan Eagles, who shut out the Packers 14-0 in the other semifinal matchup. The title game will be a rematch of their season-ending thriller just a week ago where the Eagles beat the Angels.

The Angels had to fight to get to the championship game, holding off a tough Cowboys team that came to play.

Trailing 16-14 at the half, the Angels made the necessary adjustments needed with two unanswered touchdowns in the second half.

Quarterback Rieko Mendiola found Jayden Tomagan from five yards out to make it 20-16. Running back Brock Aguon scored his third touchdown of the game to put the Angels up 26-16. This after enduring an earlier injury.

“It was pretty hard, there was a lot of pressure on me,” Aguon said. “But I knew I had to get back into the game.”

The Cowboys made a last-ditch effort late in the game when Kaynin McIntosh pushed his way into the end zone on a quarterback keeper just outside the goal line. Lacen Roberto converted his third PAT kick to make it 26-24.

With just a couple of minutes left, the Angels were able to run out the clock and head to the championship game.

Angels Coach Buzzy Shiroma gave the Cowboys a lot of credit in his post-game interview. “I know they really believed in themselves, and they came out to play… We were playing at our best, they were playing at their best and I tip my hat to them.”

Both teams went toe-to-toe in the first half, exchanging touchdown drives.

Aguon had two running touchdowns while the Cowboys picked up scores from Eloy Quitugua and Roberto, who caught a 45-yard pass from McIntosh which was deflected off Quitugua deep down the middle. Two Roberto PAT kicks proved to be the difference in the 16-14 halftime score.

The Angels won over the Cowboys 25-6, allowing only one touchdown by Damian Ooka in the 4th quarter. The standout player was Justice Alcantara, since he scored all four of the touchdowns for Angels and had an amazing interception play where he ran for 80 yards into the Cowboys end zone.

The Angels will face the Packers for the Metgot championship. The Packers beat the Outlaws 31-12.