KFC takes down JP Cruz and the MVP Stars 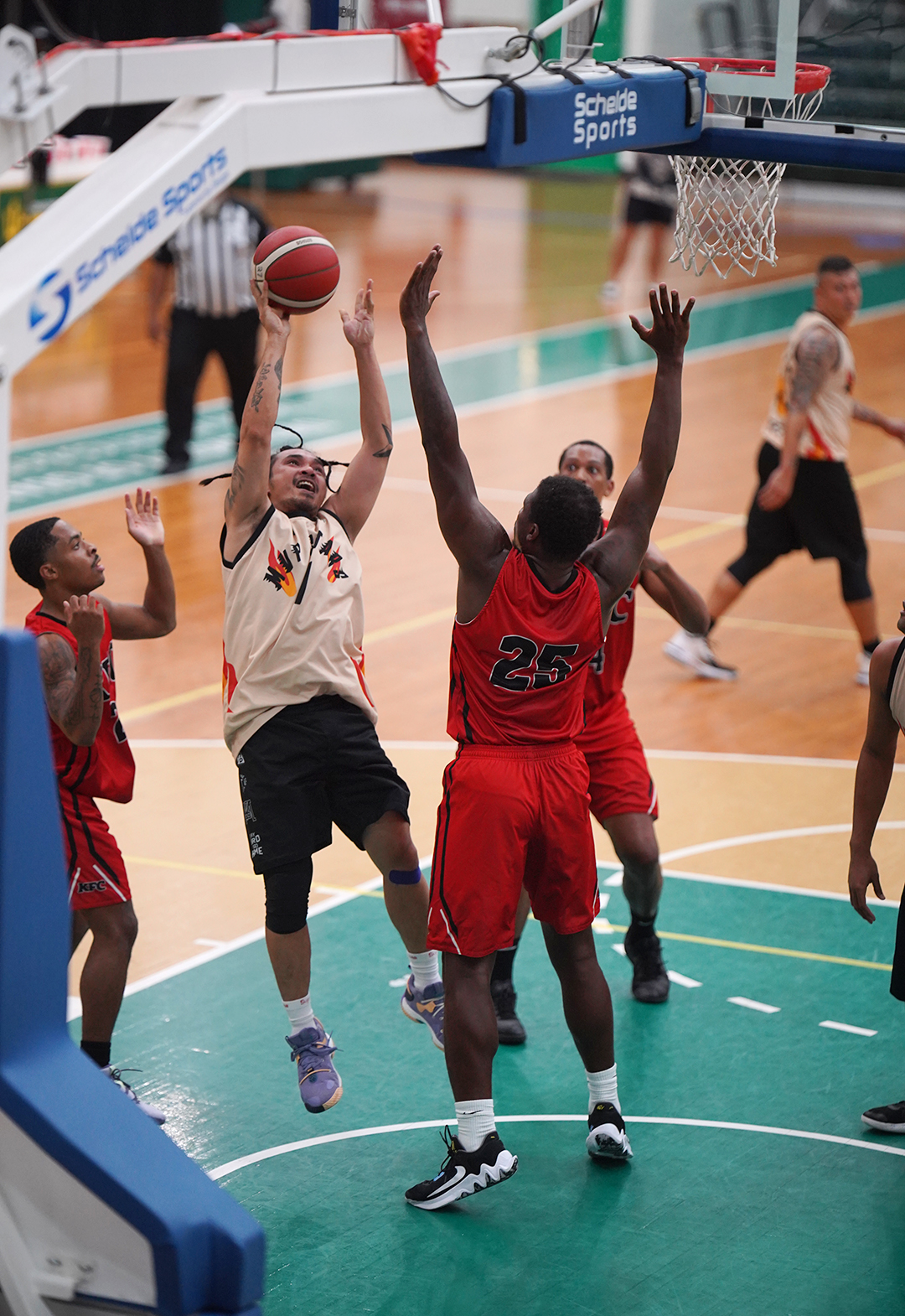 PRESS RELEASE – The KFC Bombers clinched the #1 Seed in the upcoming Triton-KFC Men’s Basketball League playoffs on Thursday night in the UOG Calvo Field House with a 107-79 win over the MVP Stars. In the 2nd game of the night, Team OG by Hamon Water, Radio, and Ice defeated the Four Stars 100-90.

In the 2nd quarter, the Bombers again pushed their lead up to 8-10 points and then MVP leading scorer, JP Cruz, received his 2nd technical foul of the game with 3:23 left in the half and was ejected from the contest. The Bombers took control of the game at this point and led 47-32 at half-time.

The Bombers are now 8-0 in the Triton League and clinched the #1 seed in the playoffs with the win. The MVPs are 6-2 in the league and are in 2nd place. The Bombers play the Four Stars on Saturday at 2:45pm while the MVP Stars play Team OG on Saturday at 4:30pm.

In the 2nd game of the night, Team OG defeated the Four Stars 100-90. Team OG led most of the way, leading 25-16 at the end of first quarter and 48-44 at half-time. The Four Stars kept the game close, never allowing Team OG to pull too far away, but the Stars could not get back even with Team OG either.

AJ Grape led Team OG with 29 points and Eric Reyes scored 27. The Four Stars were led by Tommy Auputin with 24 points while Am Micky scored 22.

All games are played in the UOG Calvo Field House, and all games are “Live” streamed on the UOG Athletic Facebook page.