Nation’s best college coach giving back to his island! 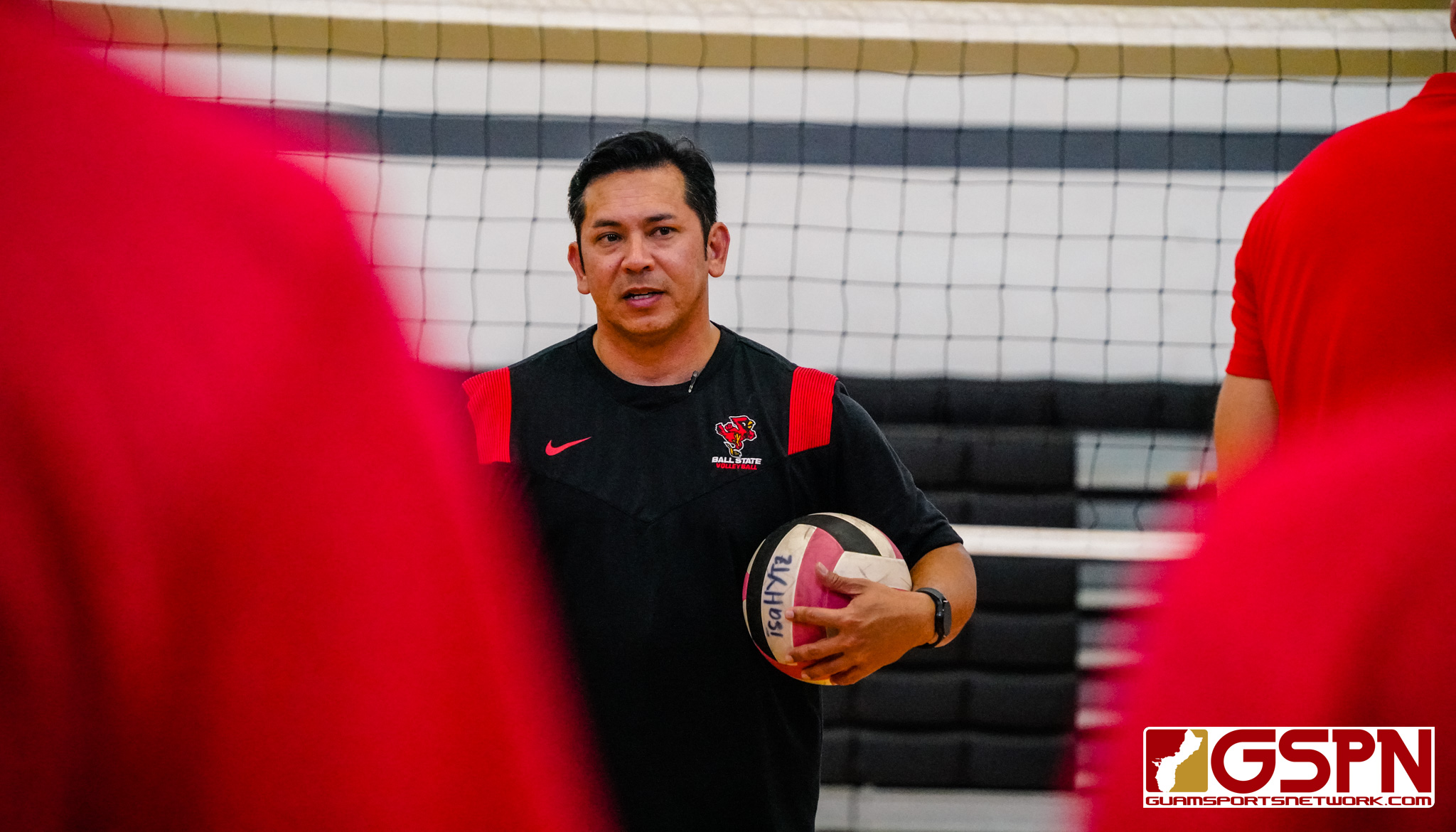 Guam Volleyball was treated to a rare opportunity, taking part in the Donan Cruz Volleyball Clinic all day Sunday at the Tiyan High Gym.

Cruz, born and raised in Inalahan, has gone on to the highest level of collegiate coaching as he was named the nation’s Coach of the Year earlier this year while guiding his Ball State men’s volleyball team to the Final Four.

Cruz made time in his busy schedule to return home this week to give back to his roots.

Almost two hundred players took part in five different sessions on Sunday, starting with the women’s national team at 6 am. Cruz was at the gym by 5:15 am to prepare for the grueling schedule along with his assistant coach from Ball State Christian Ruppert. It is Christian’s first time ever to Guam and the 6-foot-8 former BYU player totally loves the island.

As a top college coach, Cruz’s schedule is quite hectic stateside so taking a week away to come home had to be planned well in advance, something he’s been looking forward to since it’s been 11 years from the last time on island.

After starting off with the women’s team early in the morning, the eagerness and yearning of middle school players followed by high school players filled the day with enthusiasm. Each session was catered specifically to the age and level of the participants.

“I’m pretty impressed at the level of these players,” Cruz mentioned later in the day. “In some counties in the states with about the same population as Guam, these players are more advanced than what I’ve seen stateside.”

These long volleyball days is nothing new to Cruz and his college staff so going all day was not that big of a deal. A couple of iced coffees throughout the day kept him going as he ran through his clinic plans flawlessly.

Teaching the youth of his island just added to his motivation.

“Today gave me a sense of fulfillment that is not created by most volleyball groups I get a chance to train. It was a really special opportunity for me and I hope the kids enjoyed themselves.”

Participants expressed their gratitude as well as the sessions ran through a host of drills to enhance their skills and most especially have fun.

Cruz and Ruppert have three more nights to teach and train this week at the Tiyan Gym:

Several familiar faces (relatives and friends) made it a point to meet up with Cruz during breaks.

One that stood out the most was John Paul Taimanglo, former men’s national team player for both volleyball and basketball.

Taimanglo and Cruz were on the same Southern Dolphins volleyball team when Southern was just getting started in the late 1990’s. That team, which went on the win the 2000 volleyball championship, was coached by Mike Rabago when he was just getting his coaching career started.

For the two friends, it was the first time in 23 years since they’ve seen each other so seeing them embrace like old times was a special moment.

That Southern High team went on to win the 2000 boys volleyball championship against St. John’s in the title game after finishing the regular season in 5th place.