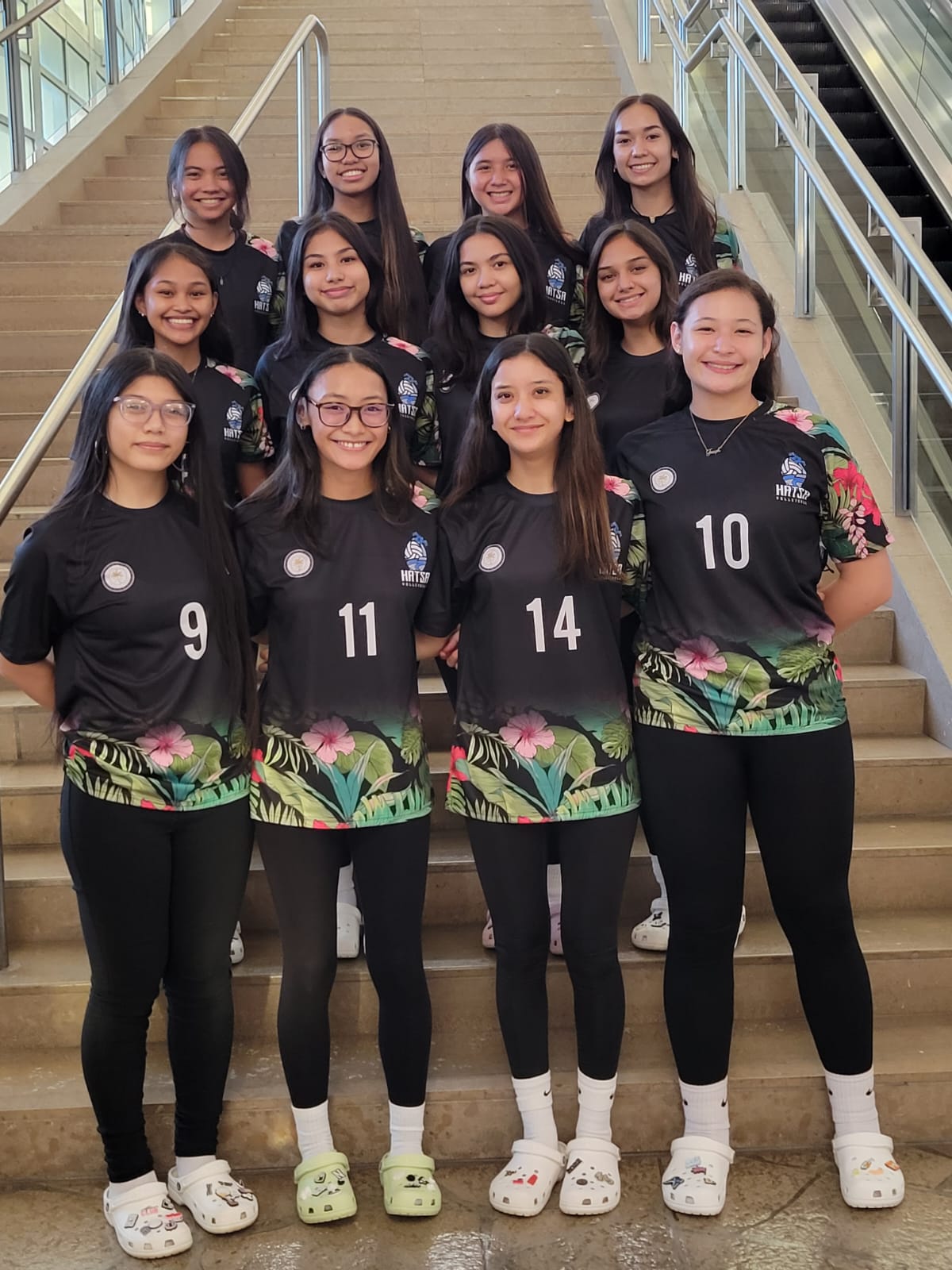 PRESS RELEASE – After opening their tournament with a loss in the 2nd Tagaytay Founders Volleyball Cup, the island ladies of Team Håtsa returned on day two and snatched a win. Håtsa needed only two sets to dispatch their opponents 25-18, 25-18.  With the win, Håtsa evens their record at 1-1 with a few days of competition left.

Early in the first set, Håtsa wasted no time setting the tone and jumped out to a quick 4-0 lead backed by the hitting of Naiyah Taimanglo and the heads up play by middle blocker Tasi Naputi.  Despite giving up several points moments later, Håtsa came out of a technical timeout and stormed to a sizeable lead.

Assumption attempted to spark a rally to get back into the mix of things late in the set. However,  Håtsa stayed lasered focus and worked their way to a set point. An unforced error by Assumption ended the set.

Second set action saw Håtsa almost mirror their strategy of play only with a new set of girls. Going to most of the bench, Håtsa Coach Mike Nauta showed the trust and believe in what his team was capable of doing.

“Being out here is an extraordinary experience and it was more about giving everyone a chance to play,”  said Nauta. “Whenever we can get all the girls to play while learning and accomplishing a goal its always a good feeling.”

The island Chamorritas eventually closed out the game with great heads up play and serving from Ursula Ziegler, Chloe Taijeron, Arianna Taijeron, and Ha’ani Depriest. Team Guam resumes play on Wednesdya at 11am Guam time. Games can be watched live on Instagram at: hatsavolleyball.