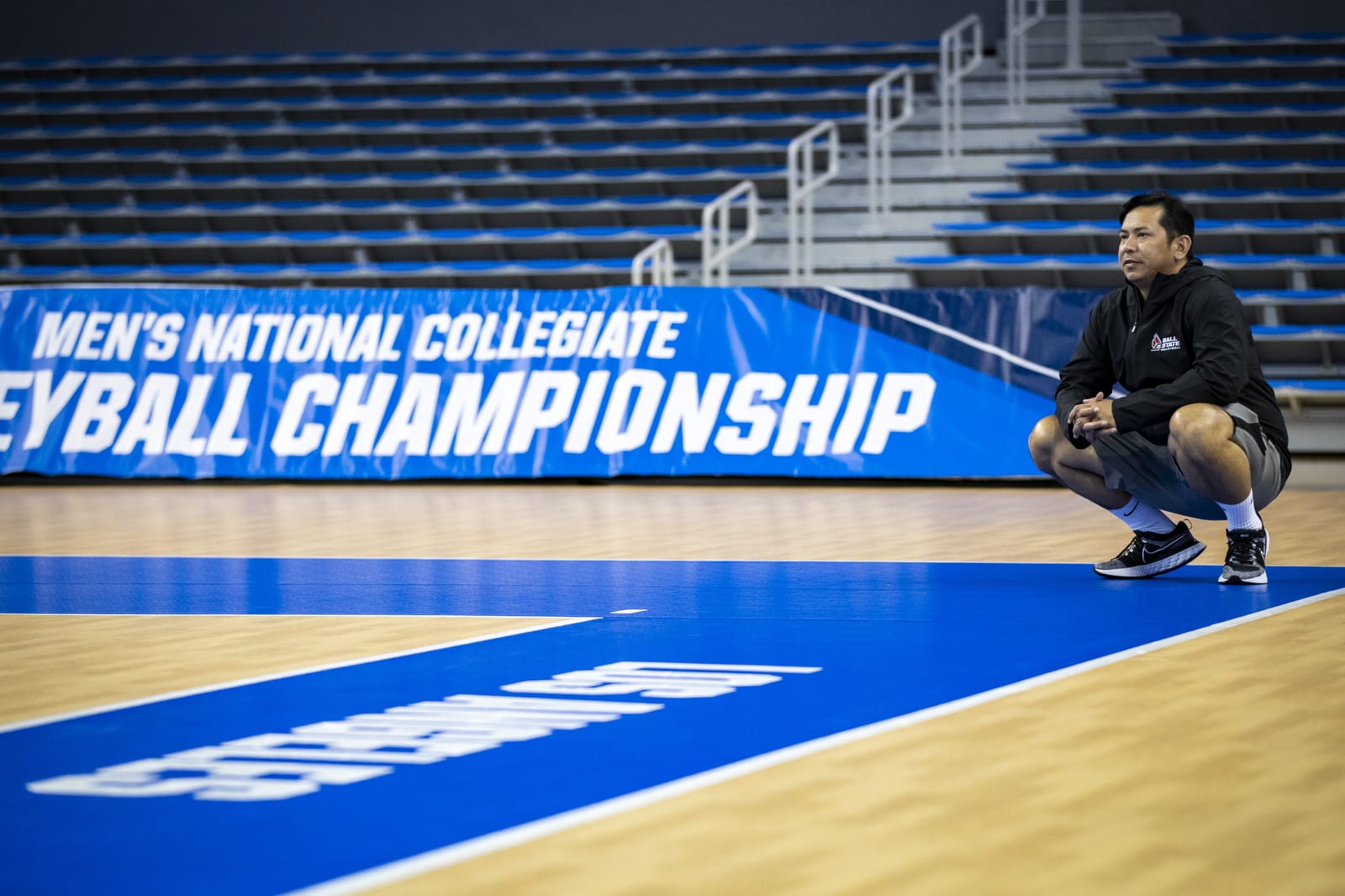 It’s been 11 years, but Donan Cruz is coming home and he’ll be bringing back his volleyball knowledge to share with the island.

The reigning men’s volleyball National Coach of the Year and head coach of the Ball State Cardinals will be on Guam December 4-8 to hold a clinic for players and coaches.

“I’m super excited! I’ve been planning this with GSPN for a while and we’re finally going to make it happen.”

Cruz, in his first year coaching Division I men’s volleyball, took the Cardinals to the NCAA championship game where they fell short to the University of Hawaii in five sets back in May.

Now he’ll be giving back to the island after reaching heights no other coach from Guam has ever done.

Since his last visit home in 2011, Coach Cruz went from being an assistant coach for the Grand View University women’s team in Iowa to being the first coach to build the men’s program for the Vikings. In just 10 years, he led the Vikings to two NAIA national championships while winning four NAIA Coach of the Year awards.

It was only natural for Division 1 to come calling.

Cruz won’t be coming home alone. One of his top assistant coaches will be helping out run the clinics. Christian Rupert is a 6-foot-8 former middle blocker with the BYU Cougars (2016 & 17 NCAA championship game) who came on board Cruz’s coaching staff last year. He’ll be helping with the teaching curriculum. It’ll be Christian’s first time to Guam.

It will be an action-packed four days of sessions to reach as many angles of our volleyball community. All sessions will be held at the Tiyan High Gym. $50 per player and $75 per coach will be the clinic fees.