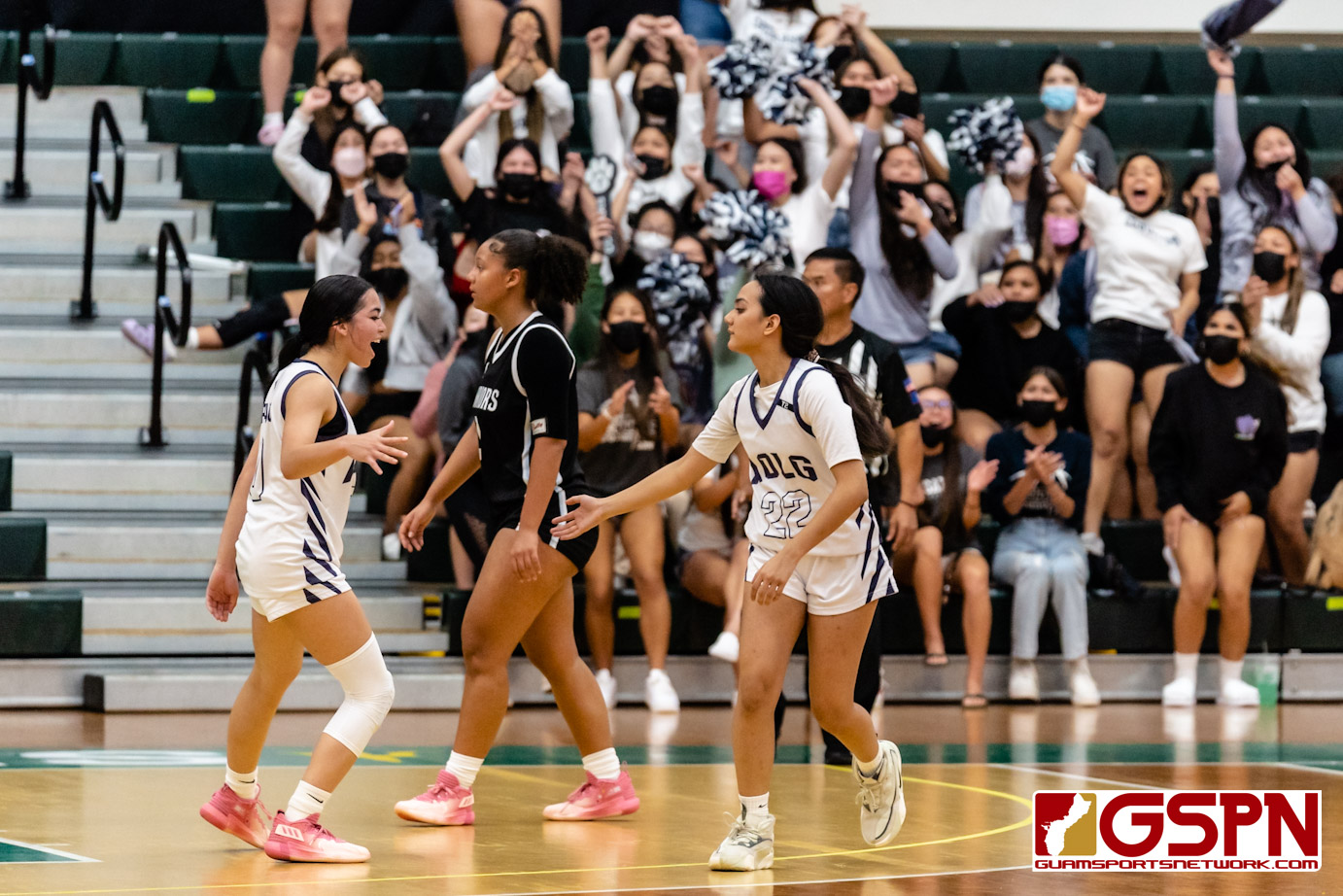 The Academy Cougars capped off a dream season, going undefeated while ending the St. Paul Warriors’ four-year reign as champs.

Meeting for the fourth time in five years in the title game, the Cougars had their way by cruising to a 57-36 win Thursday night at the UOG Calvo Field House.

Mia Taitano, Coco Paulino, Annika Almario and Co. were just too much as they were for the entire season, leaving no doubt.

St. Paul hung around early, trailing only 10-7 after the first quarter. That was before Academy charged out to a 12-2 run to open the second quarter sparked by a pair of 3-pointers from Oriana Sevilla.

The Cougars defense held the Warriors to eight points for the quarter and behind guards Paulino’s 11 and Almario’s eight first half points, the Cougars entered the half with a 30-15 lead.

Academy’s offense found a plethora of scoring opportunities shooting 12-of-32 in the first half including six three-pointers. Almario being the recipient of ¼ of the first half shot attempts most of which she took from beyond the arc felt at home from the 3-point line saying, “I knew that even if I wasn’t hitting my shots, my teammates got my back,” Almario said. “My teammates and I have good chemistry.”

With only two quarters away from capturing that elusive title, Cougars Coach Jimmy Yi had only one message for his girls.

“Finish the game, finish the job!”

Paulino gladly took the message to heart after coming up short last year. “We stayed on the game plan and new not to let our energy down, so we just kept going and pushing,” said Paulino when asked if adjustments were made heading into the 2nd half.

The Warriors managed to keep the deficit within 15 after three quarters.

“I had to give everything,” said Taitano who was sidelined her freshman year due to an injury, adding that “it’s our last shot and we don’t want to be known as the team that was almost there but couldn’t get over the hump…its just the best feeling in the world.” Taitano ended the night with 10 pts, 8 rebs, 5 stls.

With a little over a minute left in the game, the Cougars began to sub out their seniors allowing them to receive an ovation from the many fans in attendance.

It’s been seven years since Academy last won the title and coincidentally went undefeated that year as well. Cougars Coach Yi credited the process and the journey to his team’s success. “It’s the process…we did it right,” said Yi. “We lost girls to transfers, we coached the girls that wanted to stay and we worked at it…and they made it happen.”

A. Tenorio-Hernandez and R. Ngirchomlei scored eight points apiece for the Warriors.

In the 3rd place game, the Notre Dame Royals defeated the Guam High Panthers 39-38 in OT. Arri Arceo made 1 of 2 free throws with 1.4 seconds left in OT to win it for the Royals.