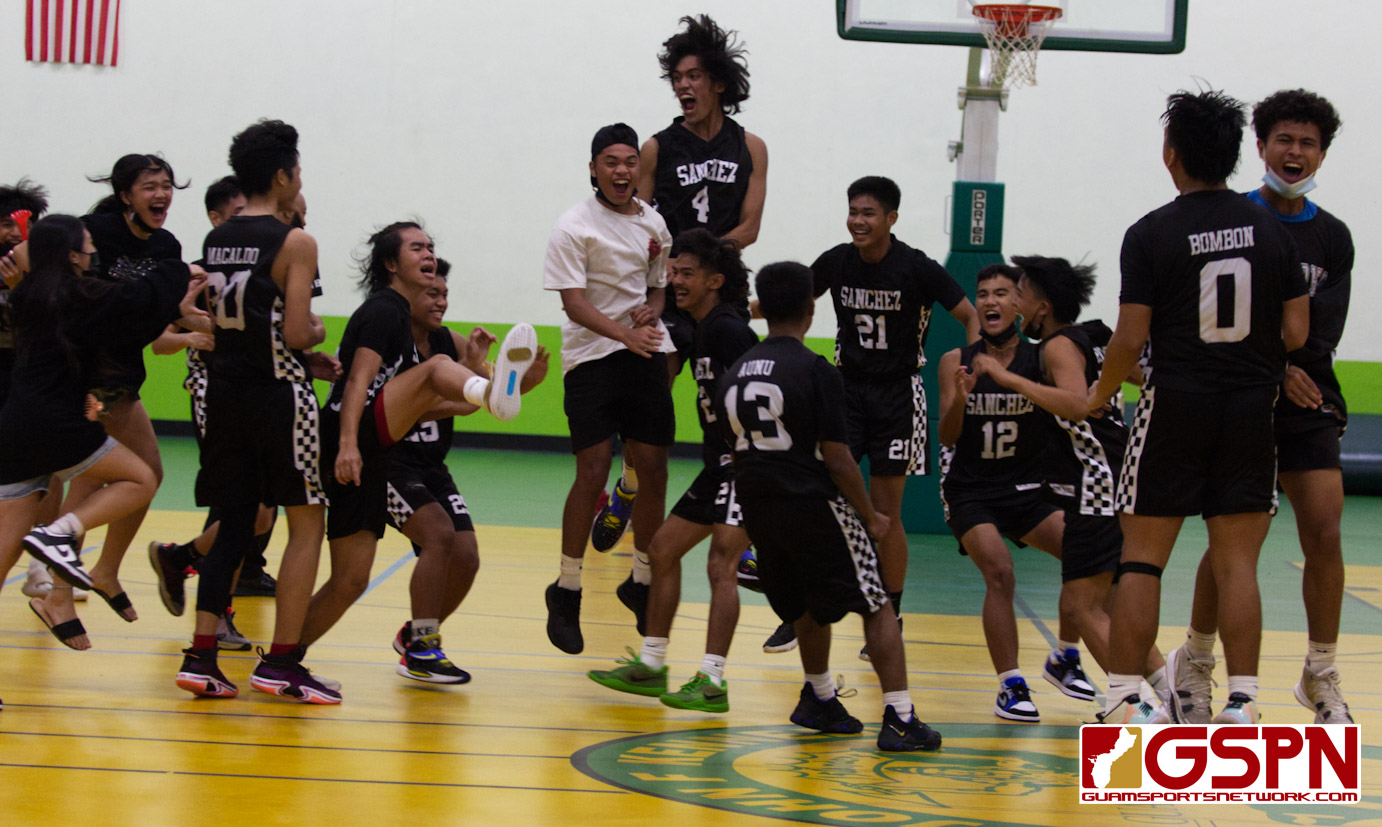 The Sanchez Sharks grinded out a close 43-41 victory over the JFK Islanders to claim the 2022 ISA Boys Basketball Championship.

The Sharks’ Jerfick Aunu was instrumental on both sides of the court and was named the Wendy’s Player of the Game. Aunu stuffed the stat sheet with 16 points, seven assists, five rebounds, three steals and two blocks.

Aunu was also a key player in the decisive fourth quarter, outscoring the Islanders 6-4 in the final period.

“This win means everything to us. We worked so hard for this, we put our hearts into every play. It feels amazing to win this for our school,” said Aunu.

The game went back-and-forth for the first three periods with both teams going on runs. The game was tied 37-37 going into the final period with Aunu taking matters into his own hands to go ahead by six points.

Aunu hit a 3-pointer to open up the fourth quarter and later converted on an And-1 layup to seize momentum. The Islanders were unable to find any rhythm against the tight Shark zone defense in the final period, scoring just four points in the final quarter.

Ralph Macaldo had eight points and seven rebounds for the Sharks. His length in the paint prevented the Islander forwards from second chance points.

“We played better defense against them tonight. We watched their bigs on the bottom and made adjustments,” said Macaldo.

“We missed 21 free throws and shot poorly against them in our first regular season game. I knew we could remedy that if we could contain their two-headed monsters Karl (Vinca) and Kirston (Guzman) that we would have a shot,” said Shark head coach Arvin Domingo. “We did just that and thankfully came out with the win”.

The victory earned the Sharks the right to play against the IIAAG champion St Paul Warriors on Saturday for the GBC All-Island title. The undefeated Warriors steam-rolled over their opposition in the regular season and defeated the FD Friars Wednesday night in the IIAAG championship in overtime.

“St Paul is a great team. We’ll have to bring our best against them and just play with our heart,” said Aunu. The boys championship game will be on Saturday at 6pm at UOG.

The championship ends a 14-year drought for the Sharks who won their last high school basketball championship since 2008. According to Domingo, the Sharks won back-to-back titles in 2007-2008.