COUGARS CLAMP DOWN ON SHARKS

The Academy Cougars kicked off a busy week of basketball with a victory at home over the Sanchez Sharks. 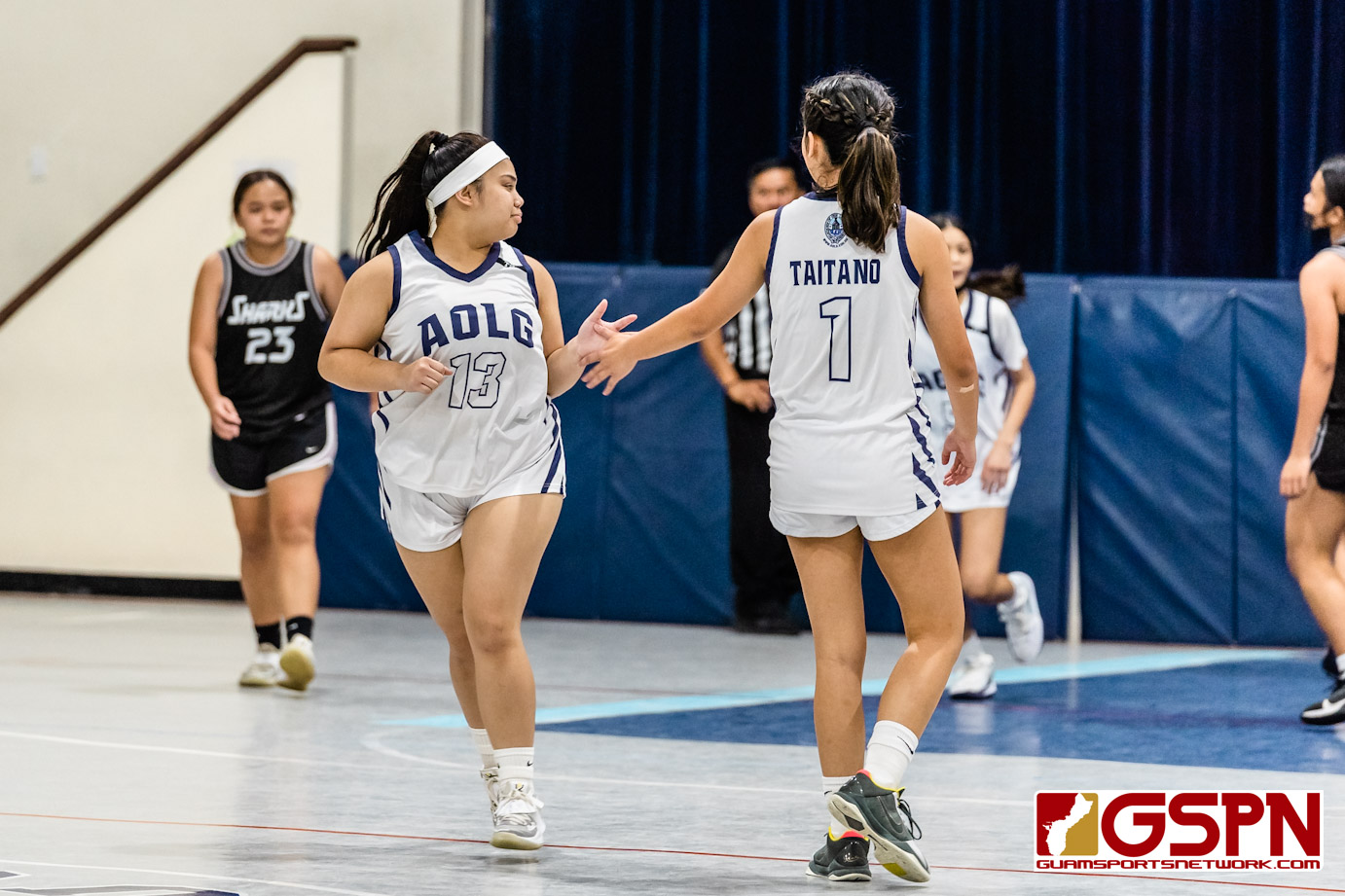 The Academy Cougars began a big week of basketball with a 76-43 win over the Sanchez Sharks Tuesday as the ISA/IIAAG Girls Basketball Season carries on in full swing. Academy got 15 points apiece from all-around talent Mia Taitano and sharpshooter Ori Sevilla as they jumped out to a big lead in the opening quarter and never looked back.

“I prepared for this game like I did any other game and I have the same mindset every game. I make sure that I prepare myself both mentally and physically and just play my part,” said Sevilla on her big night.

Sevilla was red-hot from deep converting five shots from downtown, including three in the opening quarter for nine of the Cougars 24 1st quarter points. Taitano was also in a groove netting nine of her fifteen points in the 1st as Academy appeared to be in complete control.

Academy amped up the defensive pressure in the entire first half which led to plenty of turnovers that turned into transition buckets as they built up their lead. Sanchez scored two quick buckets to start the 2nd to get within 24-16, but Academy captured momentum right back after a Myka Jo Terlaje reverse to regain a double-digit lead, one that they would hold to for the duration of the game.

“The game plan from the beginning was to make sure that the intensity of the game is at the level we want it and that we have to play to our highest potential no matter what side of the court we’re on,” said Ori on the teams approach to facing the Sharks.

Cougar forward Seline Susuico scored 12 points off the bench, doing most of her damage in the 4th quarter where she scored 10 of her points.

Sanchez was led in scoring by Hanna Meinik with a game-high 21 points while guard Ronofe Ollet added 13 to round out the Sharks scoring leaders.

The Cougars have a couple of big games on the schedule this week including a Championship rematch on Thursday against the St. Paul Warriors which was rescheduled from the opening week. Then, the Cougars welcome the JFK Islanders into the Cougar den on Saturday with the Islanders being led by reigning MVP Jada Han.

“In everything we do, whether it’s in practice or in a game, we’re going to work on our communication. We need to make sure we play every game like it’s our last,” stated Sevilla on how the Cougars are preparing for a busy week.