ISLANDERS CRUISE IN VICTORY OVER EAGLES 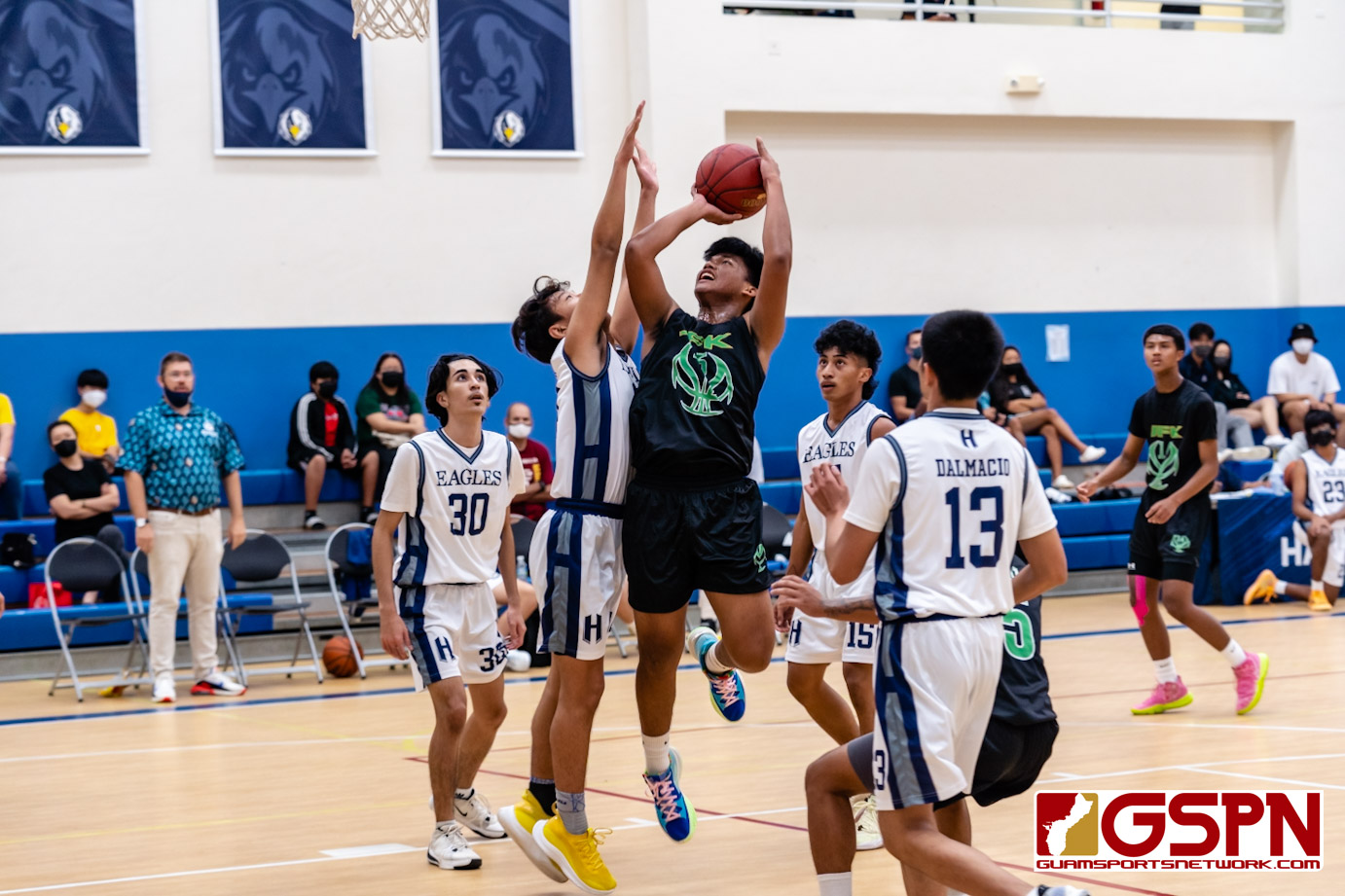 The JFK Islanders started slow, by their standards, but still found themselves on the right side of a 58-36 victory over the home team Harvest Eagles in the lone ISA/IIAAG Boys Basketball game Friday night.

The Eagles were decimated by injuries and contact tracing, leaving their roster to just seven available players for their game against the Islanders. JFK were favorites heading into the game, but Vinca shared that the team is still trying to get into rhythm after his team held just a slim 15-9 lead after the opening quarter.

“We were planning on moving the ball more. We had a bad start and we should have been up by a lot more, but our chemistry is bad right now. The plan was to keep boxing out and just do all the little things to get the win,” said Vinca.

Vinca was the lead man for JFK with 15 points and Guzman added 12.

JFK played stout defense allowing just three points in the 2nd quarter as they started to pull away up 29-12 by halftime. Vinca scored most of his points in the first half with Guzman scoring most of his in the second half as the two seniors are often relied on to get their team going.

“Our team depends on us two the most because we’re the leaders and we’re confident and very vocal when it comes to helping the team,” added Karl.

Harvest fed off of the few fans allowed in the building, scoring 15 points in the 4th quarter while the Islander bench supplied 15 of their 17 points scored in the period.

JFK will get to rest over the weekend before welcoming the ND Royals Monday evening. Harvest will suit up tomorrow (Saturday) against the St. John’s Knights.