A blitzing start fueled a big Cougar win over the visiting Okkodo Bulldogs. 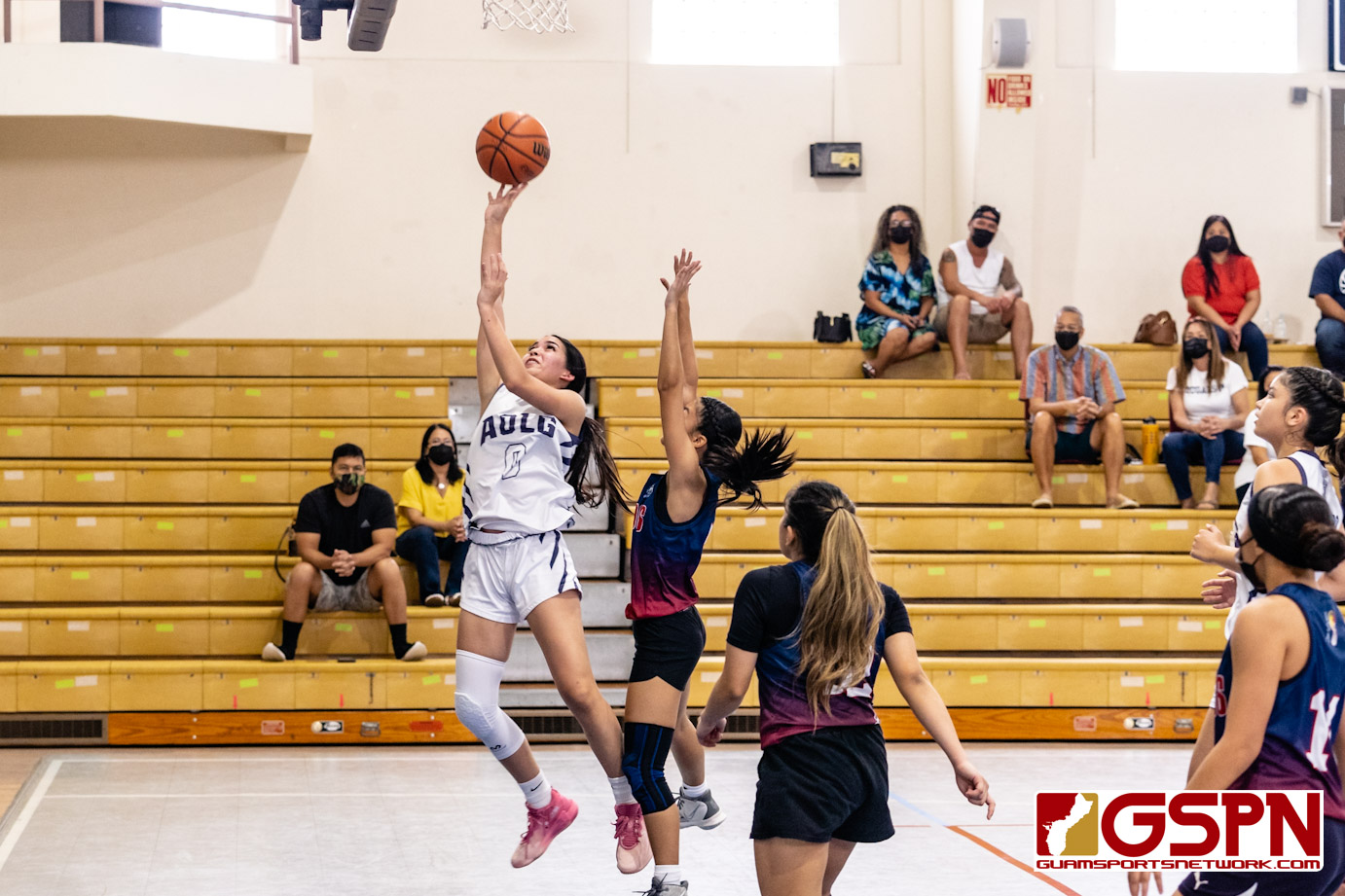 The Academy Cougars are approaching the ISA/IIAAG Basketball playoffs with full steam ahead as they picked up a big win over the visiting Okkodo Bulldogs 62-21 Saturday afternoon. The game was on a delayed start time of 40 minutes after a mix-up on officiating schedules, but the late start didn’t affect the Cougars in the slightest as they jumped out to a 17-0 lead in the games first four minutes.

Cori-Nicole Paulino led all scorers with 14 points as she did most of her work in the first half. Paulino scored seven of the Cougars first 11 points, adding seven more in the 2nd quarter to where Academy went up 40-7 at the half.

“I planned to keep my foot on the gas from the beginning. It was all about keeping the energy up and we just went from there,” said Paulino on the Cougars fast start.

Cougar guard Torie Rapadas scored 10 points to round out a busy day for her team as 11 different Cougars got into the scoring column in the big win.

Academy surmounted their biggest lead at 35-5 in the 2nd quarter as Paulino, Ori Sevilla and Mia Taitano converted on back-to-back buckets each. Okkodo’s defense played stout in the 3rd allowing just six Cougar points, but the team continued to rally in the 4th behind their bench to keep the game one-sided.

“We’re getting the young ones off the bench and it’s great. We do our best to motivate them to keep going,” said Paulino on the subs getting valuable minutes.

The Cougars had their game against the JFK Islanders, the ISA’s top team, canceled from last weekend which means they won’t get the chance to play JFK this season. The playoff structure is separated between ISA and IIAAG meaning there will be one champion coming out of each league with no chance of ISA and IIAAG schools to compete in the playoffs. No official word has been announced on whether the ISA and IIAAG champions will compete against each other.

The ISA and IIAAG basketball playoffs are scheduled to beginning next weekend.