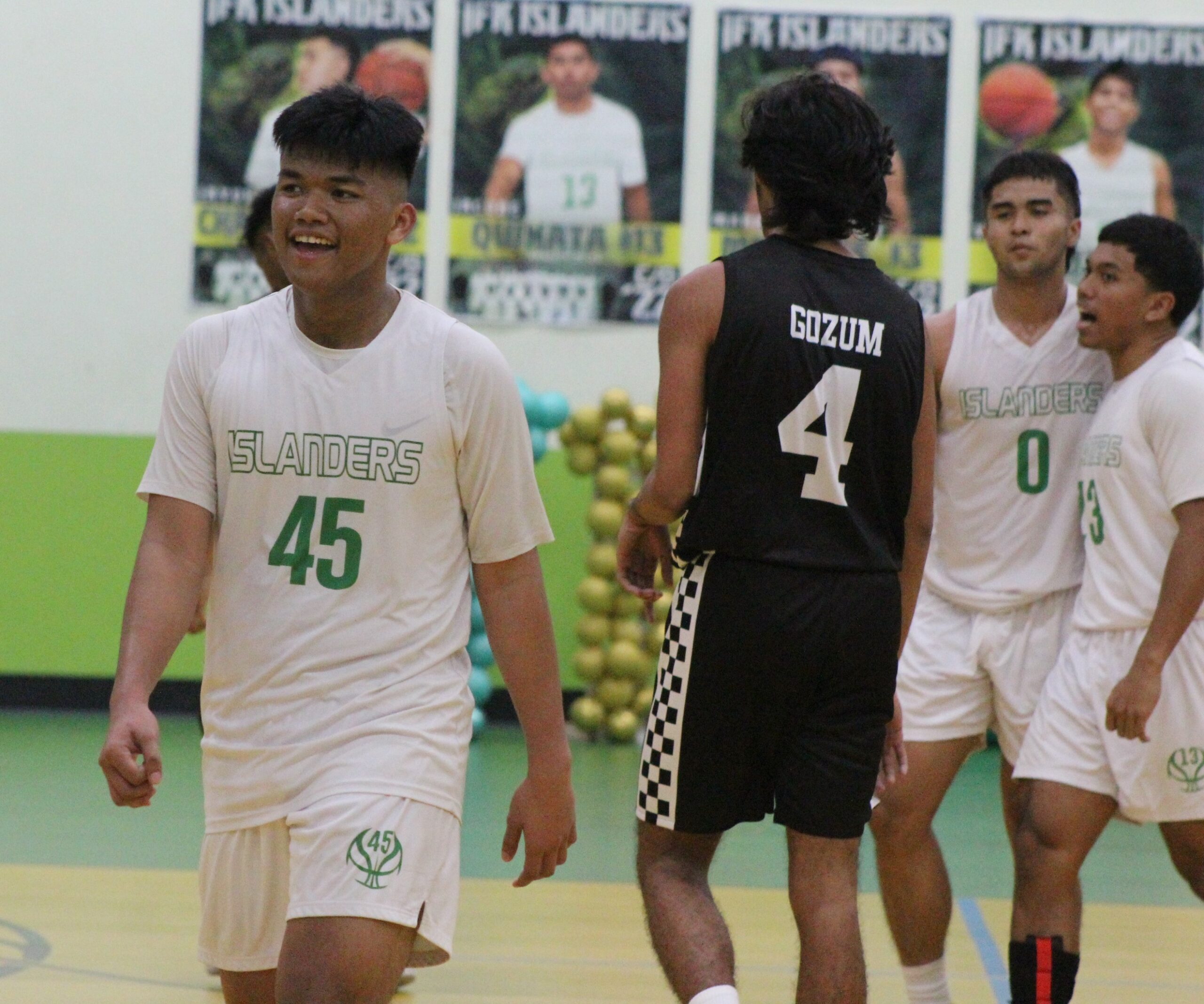 The road to an ISA Boys Basketball Champion will officially go through the JFK Islanders as the top two seeds of the ISA, the (4-0) unbeaten Islanders and Sanchez Sharks, met Monday evening to battle for the leagues top seed. JFK started strong and held off a late Sharks 4th quarter rally to grab the win, on senior night even, 52-36.

Islander Karl Vinca scored a strong 23 points to lead his team and the Sharks had no answer for him in the second half. Vinca scored at least five points in every quarter to pace an up-and-down game for JFK. Islander guard Vorel Cruz had 10 key points, including a pair of threes and a buzzer beating shot to end the 3rd period.

“They beat us twice in the pre-season so we wanted redemption against them tonight,” said Cruz on the teams motivation to get the win.

Winning the leagues top seed was a priority for JFK knowing how tough they are to beat on their home floor.

“We’re very confident,” said Cruz on his team heading into the playoffs. “We’ve got a star front court and we rely on them a lot. They’re the stars of our team.”

The Sharks struggled from the free throw line going a horrid 4-of-24 on the night. Moises Manalo and Jerfick Aunu were the Sharks leading scorers with seven points.

Sharks show grit in the 4th

Cruz’s shot to end the 3rd gave JFK a comfortable 39-24, snipping a 6-0 Sharks run as they started to gain momentum. Sanchez came out strong in the 4th going on another 6-0 run to cut the lead to single digits 39-30, the first time the game was within single digits since early in the 2nd quarter.

JFK turned to Vinca who converted two and-one shots to get his team up 44-33. Kirston Guzman provided his biggest buckets in the 4th, hitting a contested jumper from the free throw line, followed by a triple that was product of an offensive rebound by Vinca. Guzman’s three put the Islanders up 49-33 with just under two minute left, but JFK really started celebrating when Jayden Chargualaf put the Sharks away with his late three, his lone bucket of the night.

“We just kept our composure and we had to stop getting rattled by them. We know we’re the better team and we just had to prove it on the court tonight,” said Cruz.