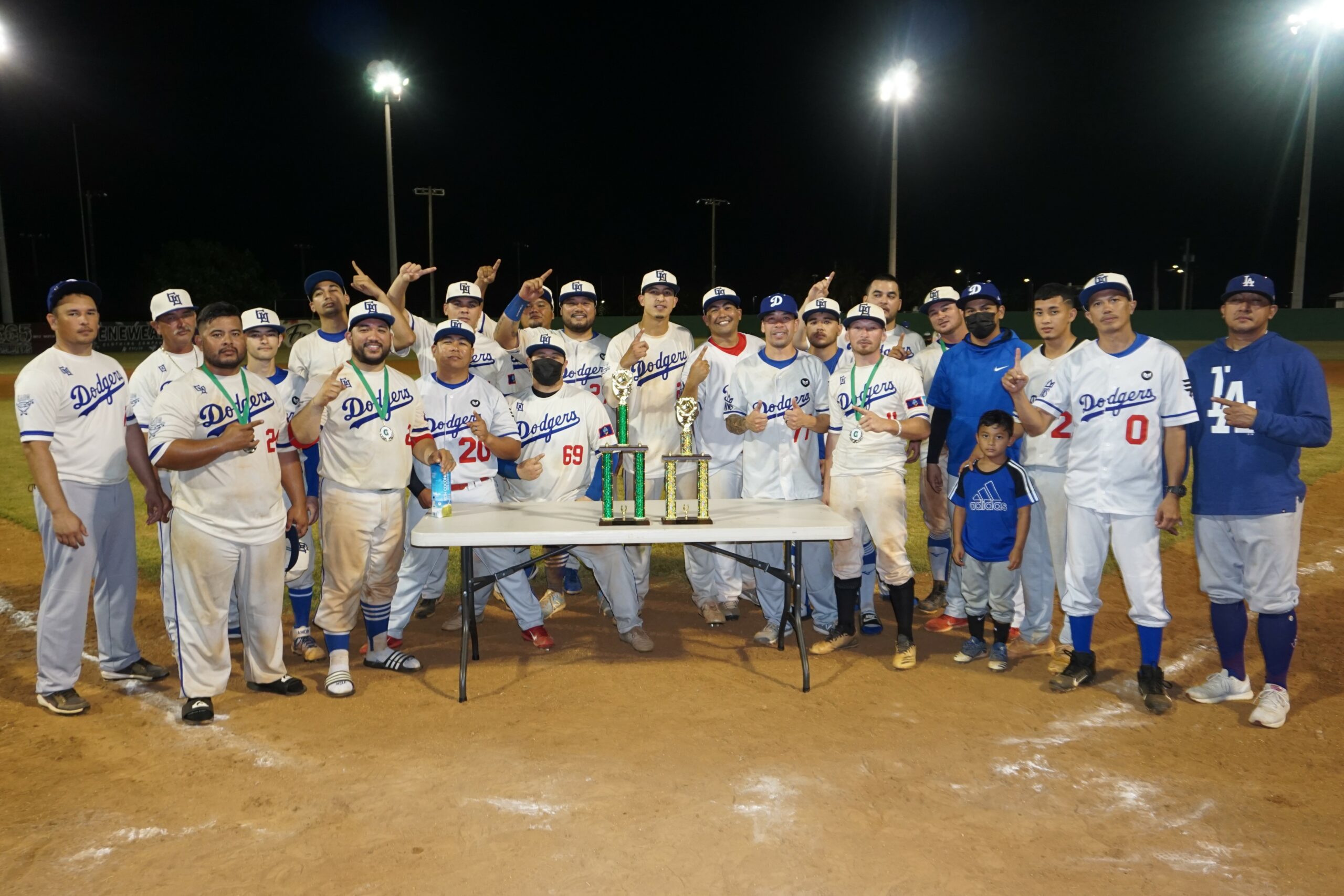 PRESS RELEASE – The Dodgers baseball club won the “University of Guam 70th Anniversary Celebration Tritons Baseball Invitational” on Sunday by beating the Guam Junior National Team 13-3 at the Paseo Stadium in Hagåtña. The Dodgers dominated the diamond throughout the two-weekend tournament and finished with a 6-0 record.

The second weekend of the double-elimination tournament kicked off with the No. 1 seed Dodgers defeating the No. 4 seed Team Amigos with a score of 8-3 Friday night at the Paseo Stadium.

The Tritons played again on Saturday in an elimination game against Team Amigos and lost 10-5. UOG scored one run in the first five innings, while Team Amigos scored eight runs and led 8-1 in the top of the sixth. UOG scored four runs on four hits in the bottom of the sixth, with Arren Yatar and Colby Martinez hitting back-to-back doubles.

Team Amigos secured its victory by adding another run in the top of the seventh inning. UOG was eliminated from the tournament with a 1-4 record.

In the night’s final game, the Dodgers defeated the Guam Junior National Team 8-3 to advance to the championships.