Guam continues to dominate the competition 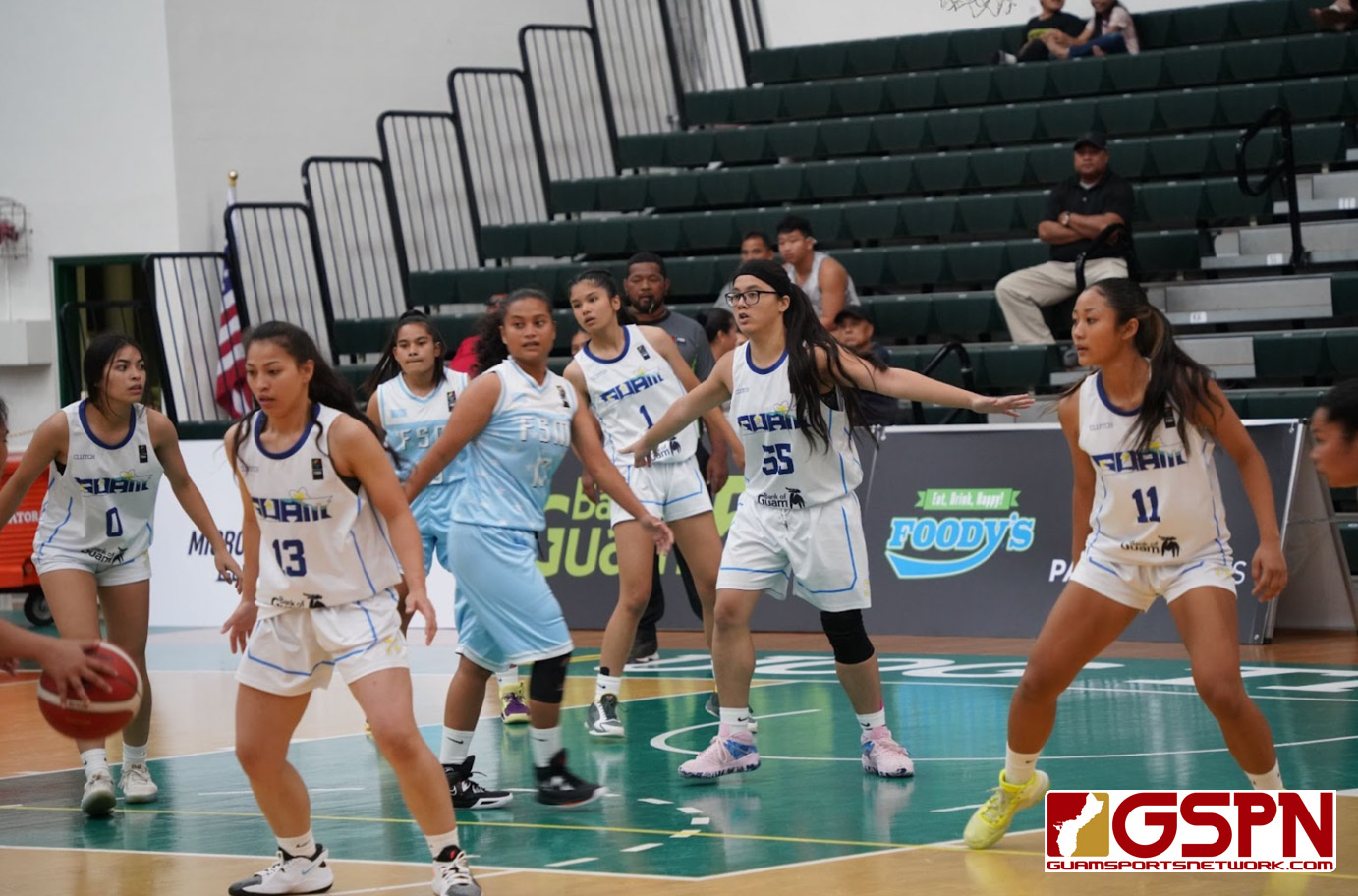 Team Guam continued to steam roll over the competition, destroying the FSM in both men’s and women’s games. Size was the issue for the FSM with Team Guam dominating in the paint. The women’s team final score was 125-13, the men’s team defeated the FSM 137-27.

For both games, the centers led Team Guam in scoring. Guam had its was inside with the men shooting 68 percent from the field and the women shooting 57 percent inside of the arc.

Mia San Nicolas made 7 of 10 shots to lead team Guam with for 18 points. The pressure defense from Team Guam forced turnover after turnover that led to easy buckets. Janniliese Quintanilla scored 18 points and had a tournament-high 11 steals.

Ben Borja led the men’s team with 27 points and nine rebounds. Borja shot 12-14 from the field and had two blocks for Guam. Guam’s other young big man Matt Fegurgur had 16 points, seven rebounds (all offensive rebounds) and a game-high four blocks.

“It’s an amazing feeling to play in front of your home crowd,” said Fegurgur. Fegurgur, plays collegiate basketball in the mainland and is glad to spend the beginning of summer at home and doing what he loves.

“It’s great to compete alongside my brothers and having our families and friends watching us,” said Fegurgur. “We play 100 percent every game. This is a young squad and we are building a base for the future to compete in tournaments after this in Asia and at the Pacific Games”.

“The level of talent has leveled up from when I first started playing for Guam Basketball,” said women’s team captain Derin Stinnett. Like the men’s national team, the women’s team has a mixture of prime players and young talent.

“You can see the work they’ve put in and the passion they have for the game,” said Stinnett. “They have pushed me to be a better player overall and I love the fresh outlook they have on the game”.

Team Guam will face Palau Friday night with the women’s team playing at 4:45 pm and the men playing at 7 pm. “It’s amazing having the amount of support we’ve seen from our home crowd, especially after COVID,” said Stinnett.