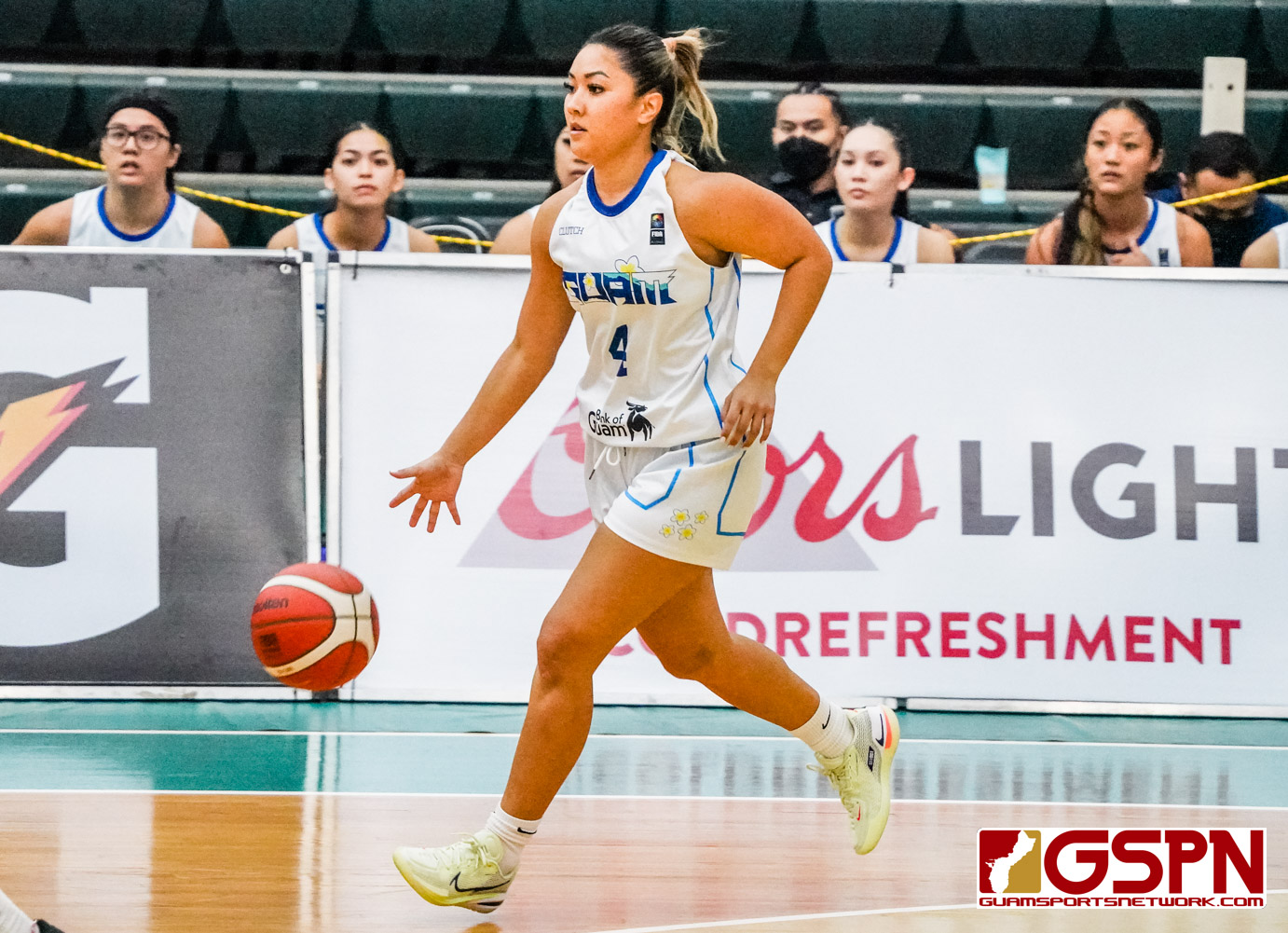 The FIBA Micronesian Cup kicked off Wednesday at the University of Guam Calvo Fieldhouse. Teams from Guam, the Northern Marianas Islands, Palau and the FSM will compete in the 4-day tournament.

Team Guam’s women kicked off their tournament with a big 94-46 win over Team NMI while the men won convincingly 113-45.

Mia San Nicolas led our women 18 points, nine rebounds and three blocks, while Ben Borja had 21 points and 13 boards for the men in the night capper. Reo Aiken contributed 17 points and Jahmar White chipped in 16.

“Every time I put on a Guam uniform it’s serious business, especially on my home court,” San Nicolas said in a FIBA press release.  “We want to play together as a team and defend our home court as much as we can.  We have a mix of experience, speed, and athleticism.  We blend and work well together, I think we have a good shot of winning this tournament.”

Both teams came out firing to start as Team Guam took the opening tip and within the first 13 seconds of the game Guam’s Derin Stinnett found teammate Cori-Nicole Paulino wide open on the left wing for a 3-point shot and the early lead.

Team NMI would strike back just as quickly as E’Anna Won would attack the basket from the top of the key and passed off to teammate Ky’Sonna Won for a 3-point shot of her own to tie the game up at 3-3.

Both teams would trade baskets for most of the first quarter with Team Guam taking control of the lead for the most part.

Down 13-10, NMI’s E’Anna Won found Angellyn Roligat wide open at the baseline for a 3-pointer to knot the game up at 13 apiece.

The game would be evened up two more times at 15-15 and 17-17, but that would be the last time the score would be close. With 2:45 remaining in the first quarter Team Guam would go on an 11-0 run to close out the quarter behind back-to-back 3-pointers by Elysia Perez. The first quarter would end with Guam leading 28-17.

The closest the NMI would get for the remainder of the game would be after Ky’Sonnada Won attacked the basket from the left-wing drawing in the defense and dishing out to a wide open E’Anna Won at the top of the arch for her second 3-pointer to close the deficit to 38-31.

That would be the last points of the quarter for the NMI as Guam’s offense and defense went to work. Guam held the NMI scoreless for the remaining 2:53 while going on an 8-0 run to close out the half with a 46-31 advantage.

In the second half, Guam picked up where they left off as they continued to keep the NMI scoreless for the first 3:39 of the third quarter while extending their scoring run to 18-0 and widening their lead to 56-31.

NMI’s Destiny Pangelinan ended the scoring drought with a jump shot at the free throw line as the shot clock winded down for the first score for team NMI since the second quarter.

Later, Guam would go on a short 4-0 run behind back-to-back baskets by Kara Duenas to close out the 3rd period with a 67-41 lead.

Even down 26 points to start the fourth quarter, NMI continued to battle, striking first with a quick 3-pointer by E’Anna Won who followed up her shot with a block at the other end of the court.

With 5:38 left in the game, NMI’s Ky’Sonna Won drove to the backet and passed off to an open Madeleine Alegre on the first block for the easy bucket. This would be the last basket scored by the NMI for the game.

Guam would go on to score 24 straight points to close out the game 94-46 for their first win of the tournament.

Three other Guam players scored in double digits. Perez with 13, Stinnett with 12 and Duenas with 10.

In the opening game of the tournament, Palau dominated FSM 87-17 in the women’s side while their men’s team cruised past FSM 72-50 in the second game.

Action continues on Thursday with the following schedule: