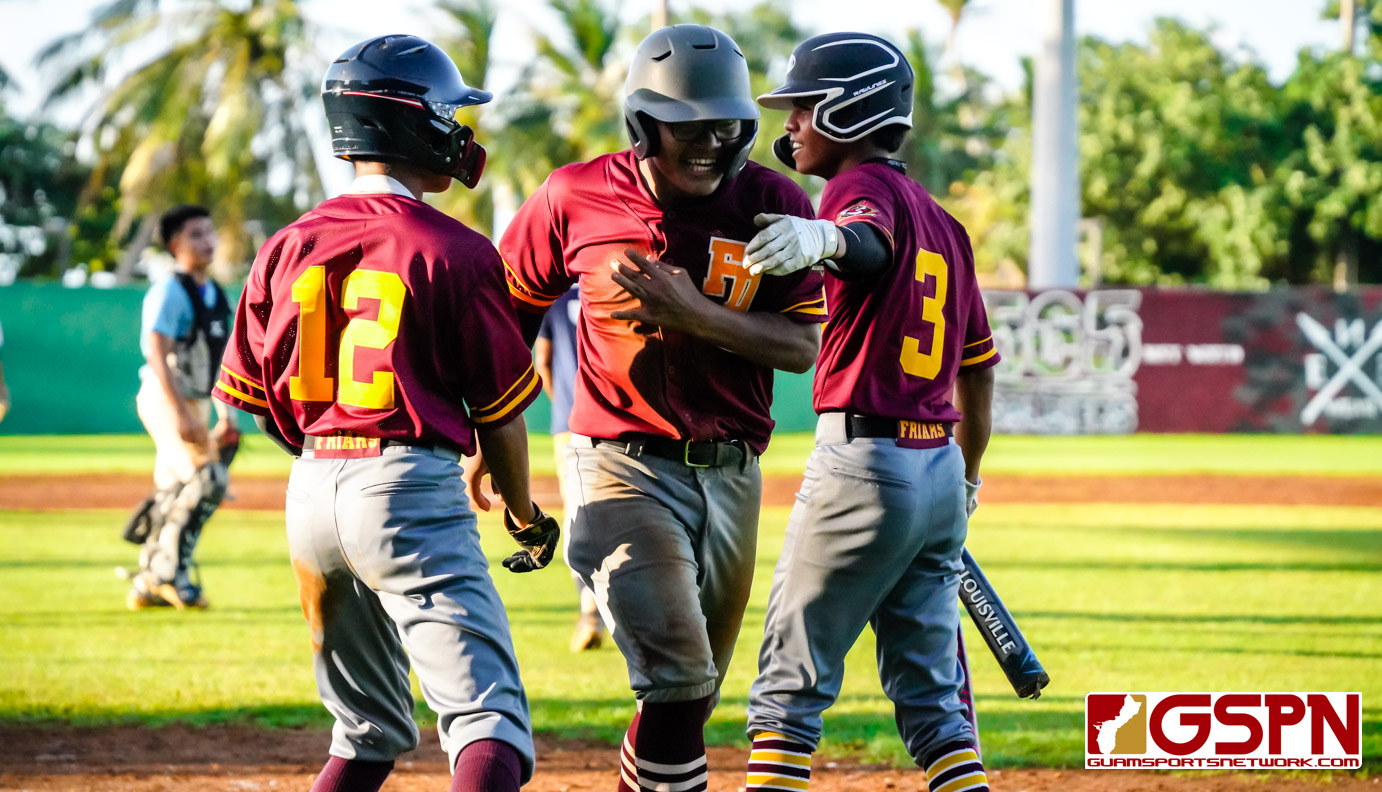 Ninete pitched six innings striking out 10 batters and going 1-for-2 at the plate with a double and two RBI.

The much anticipated showdown between the Friars and Royals started off with both starting pitchers (Ninete and ND’s Nolan Cruz) keeping the bats at bay with a combined 12 strike outs and one unearned run through the first four innings.

In the bottom of the fourth, the Royals looked to take the lead with runners on first and third with one out, but Ninete had other plans as he struck out the next two batters to keep the Friars up 1-0.

However, things changed for the Friars in the top of the fifth inning. With the leadoff batter reaching base on a throwing error followed by a base on balls, the Friars quickly found themselves in position to extend their lead with Ninete at the plate.

Taking an 0-1 pitch, Ninete hit a double to left field scoring two runs and extending the Friars lead 3-0. Ninete would later score on a wild pitch after reaching third base on a throwing error. The Friars would go on to score two more runs in the inning to make it 6-0.

In the bottom of the fifth inning, the Royals managed to put two runs on the board after a hit by pitch and base on balls were followed by a couple of fielding and throwing errors by the Friars defense.

In the sixth, the Friars added three more runs to their lead behind an RBI double from Sean Balauru and an RBI single from Noa Mendiola who later scored from third base on an infield ground out to first.

Ninete closed out the game in the bottom of the sixth inning fielding a hit by leadoff batter Caleb Salas for the first out and striking out the next two batters to seal the 9-2 victory for the Friars.

Nolan Cruz took the loss for the Royals pitching four innings and striking out five batters. Cruz also went 1-for-3 at the plate.