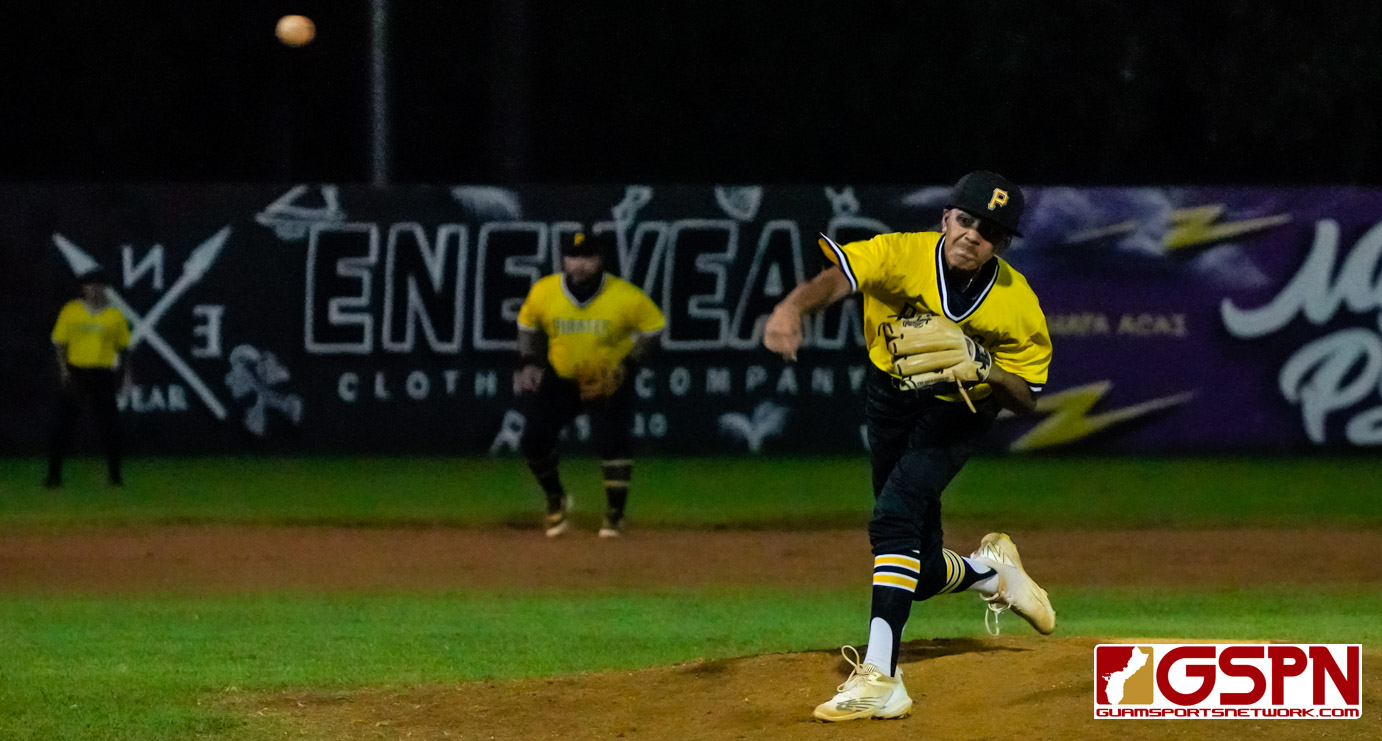 The new-look Pirates came up with a big win Sunday night in the 2022 Guam Major League.

Facing the confident Talofofo Rangers, just off a huge win over the league-favorite Dodgers, the Pirates came away with a 9-4 win behind the pitching of Dominic Cruz and his eight strike outs.

Deshon Naputi and Peter Wall both went 2-for-4 with 2 RBI to lead the Pirates. Teammates Boomer Fejeran and Nick Ennis both each had run scoring hits.

Despite trailing 2-0 early, the Pirates exploded for five runs on five hits in the bottom of the second inning and never looked back.

The Jr. Nationals stayed red hot and improved to 3-0 after drowning the Sumay Chiefs 20-2.

For the Chiefs, EJ Lobatan, Nik Powell and Justin Carbuilido all had a hit.