GECKOS, PANTHERS COME TO A DRAW

Baseball game finishes in a tie 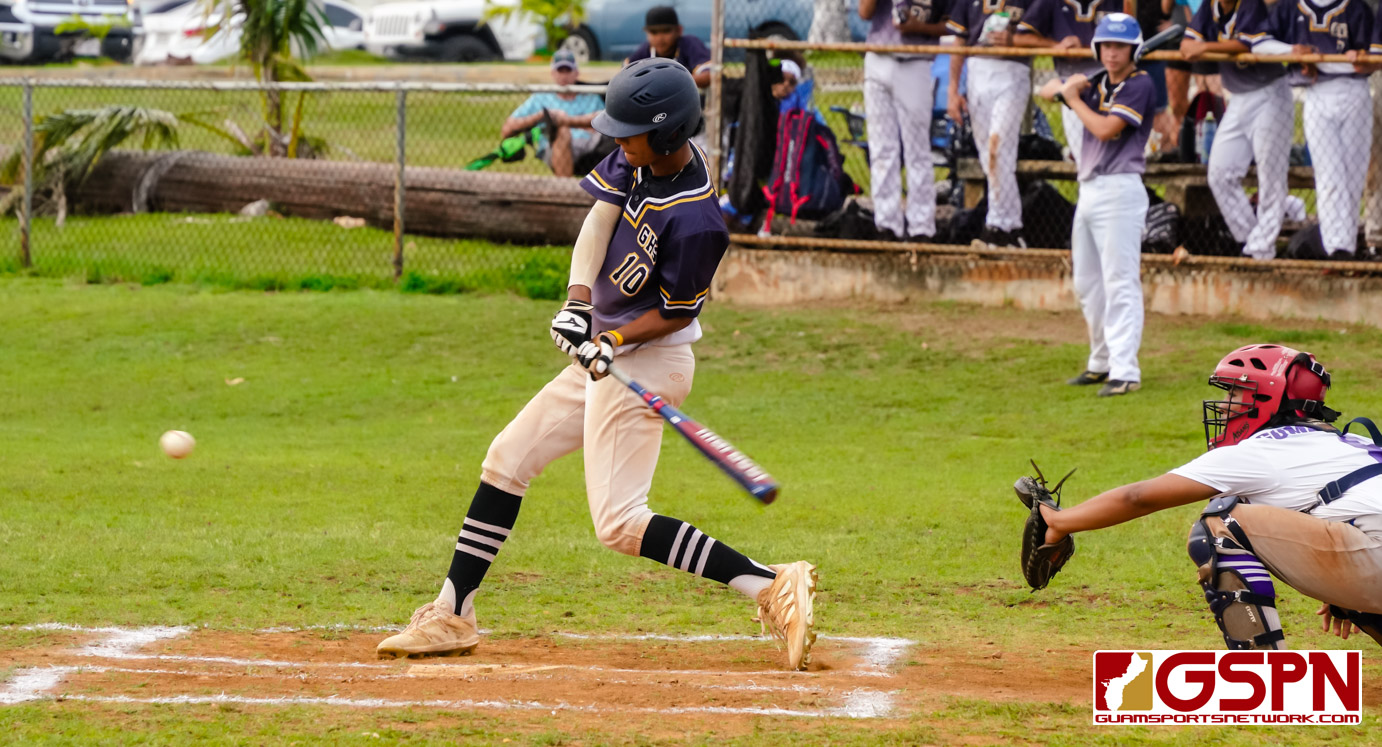 Coming off an upset win against the previously unbeaten Father Duenas Friars, the GW Geckos played host to the visiting Guam High Panthers Thursday afternoon at the GW field.

The Geckos, feeding off their big win Tuesday, started the game off on fire with Borja taking care of business early retiring the batters in order striking out two of the first three to end the top of the first.

In the bottom half of the first, the Geckos struck quick with a triple to center field from lead off batter Javen Pangelinan. Teammate CJ Tenorio followed up with a single of his own to center to bring in Pangelinan for GW’s first run of the game. Tenorio would later score on a wild pitch. With the bases loaded and one out, Panthers Lunsford would get called for a couple of balks, scoring two runs for the Geckos and extending their lead to 4-0. Lunsford was able to redeem himself following a hit by pitch, getting a fly out to right field and catching GW’s ninth batter looking to end the inning.

In the top half of the second inning, GW’s Borja recorded his third strike out of the game, but after two base-on-balls and a line drive to the shortstop, the Panthers offense came to life with a single from Jacob Blake and a two run RBI single to center field by John Reed putting the panthers on the board and cutting the geckos lead to 4-2. Borja would then catch the next batter looking for his fourth strike out of the game.

The Geckos continued to have their way on offense as Pangelinan would reach base on a walk and later score on a double to left field by Tenorio. Lunsford would continue to struggle on the mound walking the next batter followed by a hit-by-pitch to load the bases. He would then get called for a balk which scored Tenorio to give GW a 6-2 lead. Lunsford would, however, regain his composure and strike out the next three batters to end the inning.

The top of the fourth would be huge for Guam High as they capitalized off multiple errors by the Geckos defense scoring three runs and ending the night for Borja with GW up 6-5. Geckos relief pitcher Eden Sudo didn’t find much luck early on as Panther Javier Concepcion reached base on a fielders choice placing runners at the corners. Cleanup hitter Jeremiah Stiffler would then reach base on an error by the shortstop allowing a run to score tying the game up at 6-6. Concepcion would later score in the inning after the geckos third baseman was called for interference giving the panthers their first lead of the game.

Bottom half of the fourth looked promising for the Geckos as leadoff hitter Raythan Sablan started off the inning with a single to center field. After a fly out to right field the geckos managed to load the bases. Sudo then hit a shot to the shortstop who threw to home plate for the force out. Lunsford ended the inning with his fifth strike out of the game.

After retiring the Panthers in the top of the fifth with a double play and a strike out, the Geckos led off with Pangelinan who singled to center field. Pangelinan would then steal second and advance to third on another balk called on Lunsford. With one out and a runner on third, Ashton Tedtaotao came up big for the geckos with a sacrifice hit to center field scoring Pangelinan to tie the game up at 7-7. Lunsford would get his sixth strike out to end the inning.

In the sixth inning, both pitchers made quick work of the offense as they each struck out two batters.

The game went into the seventh inning with the panthers scoring two runs to take the back lead 9-7. In the bottom half of the inning the geckos first two batters reached base on a hit-by-pitch and a walk and later advancing on a wild pitch to place the tying run on second with no outs and Pangelinan at the plate. Already with two hits for the night and three runs scored, Pangelinan sent a shot to left field scoring two runs and tying the game at 9-9 with no outs.

As soon as the play ended, the game was called due to darkness. The official call is that the game result is based on the last completed inning and whatever the score was after that completed inning. Official score is six complete innings with the score tied 7-7.

The FD Friars finished the regular season unbeaten at 10-0 in the 2022 IIAAG Boys Volleyball league defeating the visiting Guam High Panthers in straight sets 25-22, 25-14, 25-19. Playoffs for the IIAAG begin Tuesday May 3rd.

The visiting Tiyan Titans continued to roll in the 2022 ISA Boys Volleyball league defeating the Southern Dolphins in straight set 25-8, 25-13, 25-13 to remain undefeated at 7-0.