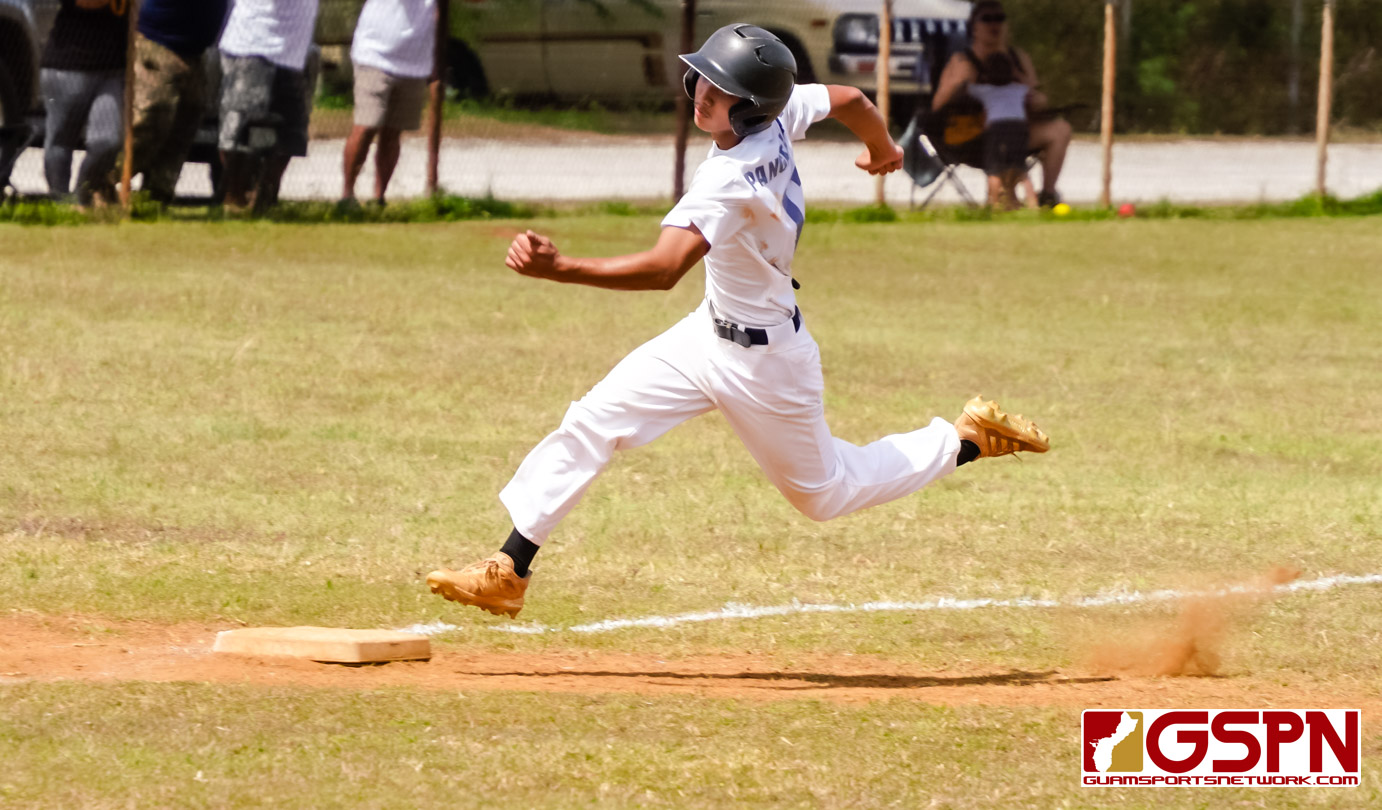 The GW Geckos moved into sole possession of second place after squeaking by the Notre Dame Royals 6-5 Saturday morning at the GW field. The Geckos improved to 4-1-1 while dropping the Royals to 4-2.

Eden Sudo’s bases loaded double in the bottom of the third inning proved to be the big blow the Geckos needed to stay in the thick of things in this year’s exciting ISA Baseball League.

Leading 2-1 and the bases juiced, Sudo cranked a 1-1 pitch to deep right field to clear the bases. Sudo would move to third on a throwing error and would eventually score on a balk to give the Geckos a comfortable 6-1 lead.

“I felt good heading to the plate with the bases loaded,” Sudo said. “I’m glad I was able to contribute to my team’s win.”

The Royals would not go down without a fight, however, coming up with a big fifth inning.

Rick Leon Guerrero woke up the Notre Dame faithful with a two-out, bases loaded double to right off reliever Javen Pangelinan. Leon Guerrero would score a couple of pitches later on a wild pitch to cut it to 6-5, but Pangelinan came up with a huge strikeout to end the threat.

GW had the bases loaded again in the sixth, but ND pitcher Dominic Cruz recorded his sixth strikeout to cut the Geckos’ intentions.

C.J. Tenorio was credited with the win after four innings pitched with six Ks.

Dominic Cruz took the loss for the Royals despite tossing a complete game.

The FD Friars solidified first place with a big 11-0 shutout over the tough Southern Dolphins.

Franklin Ninete Jr. was the man on the mound for the Friars in their big win as the season winds down.