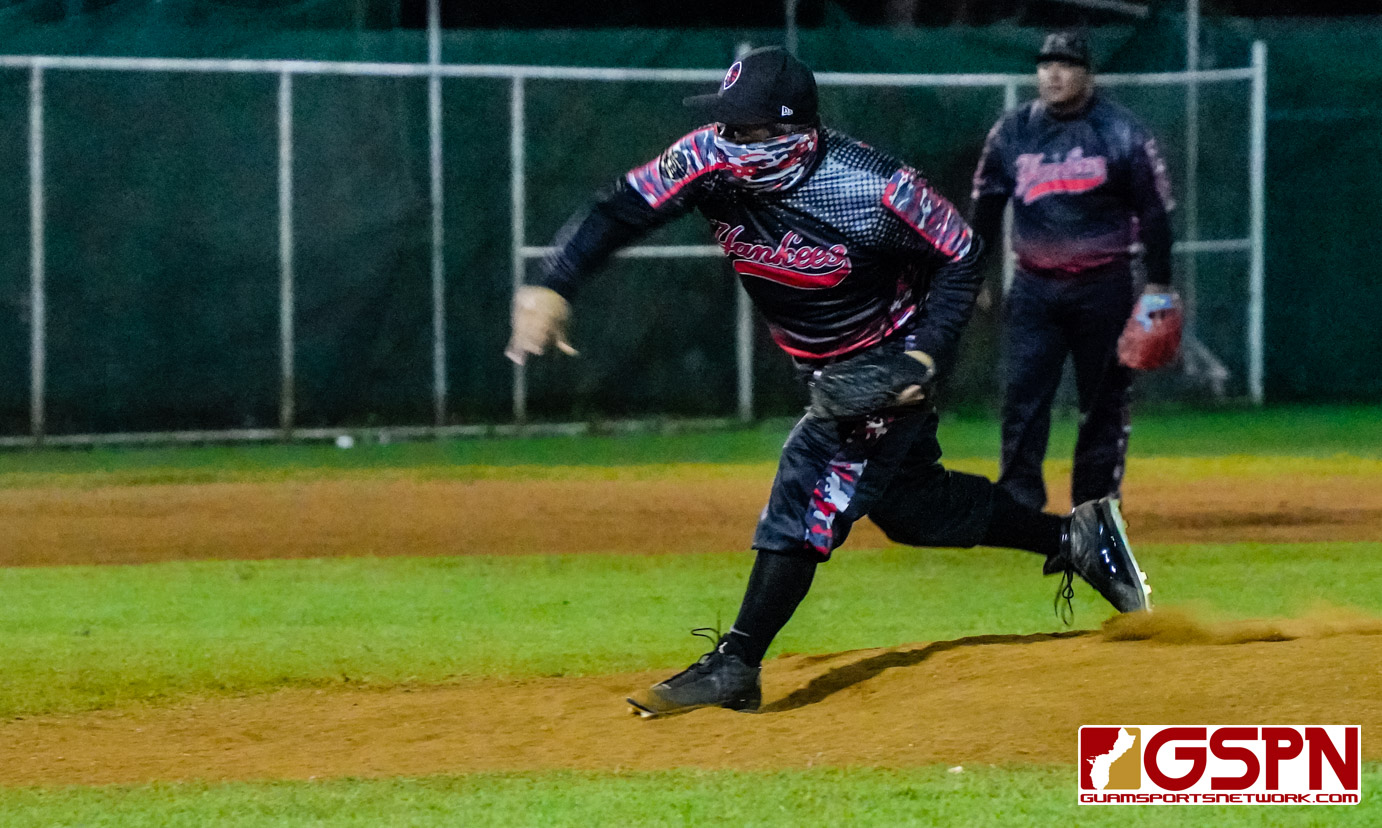 John McDonald went the distance for the Linda’s Yankees Sunday night, leading his team to a 13-5 win over the Chalan Pago Amigos in the 2022 Guam Major League.

The complete game for Johnny Mac included eight strikeouts to move the Yankees to 2-2 while the Amigos dropped to 0-2.

The Amigos scored four runs in the second and led 5-4 after three innings. The Yankees, however, scored three in the 4th and five in the 6th to pull away. Meanwhile, McDonald settled down to scatter three hits and no runs the rest of the way.

McDonald’s son and teammate Johnny Cruz went 2-for-3 with a double and a RBI. Donavin Santos and C.J. Lujan both added a pair of hits while Jarred Taitano and Victor Villagomez had run-scoring hits.

For the Amigos, Ray Leon Guerrero went 2-for-4 with 2 RBI while Jeremy Taijeron went 2-for-5. Tanner Rengulbai took the loss on the mound.

Cody Terlaje had a monster afternoon, going 4-for-6 with 4 RBI. Tobat Quichocho and Kaimana Bamba chipped in with two hits each and D.J. Perez added a two-run double.

For MTM, Matt Marciano, Russell Ayuyu and Justin Castro all had 2 RBI. The Falcons actually had an 8-1 lead after the 4th, but they gave up 11 runs on 6 hits and committed 4 errors the following inning.

GML action continues Monday night at 7 pm with the Pirates taking on the Typhoons.