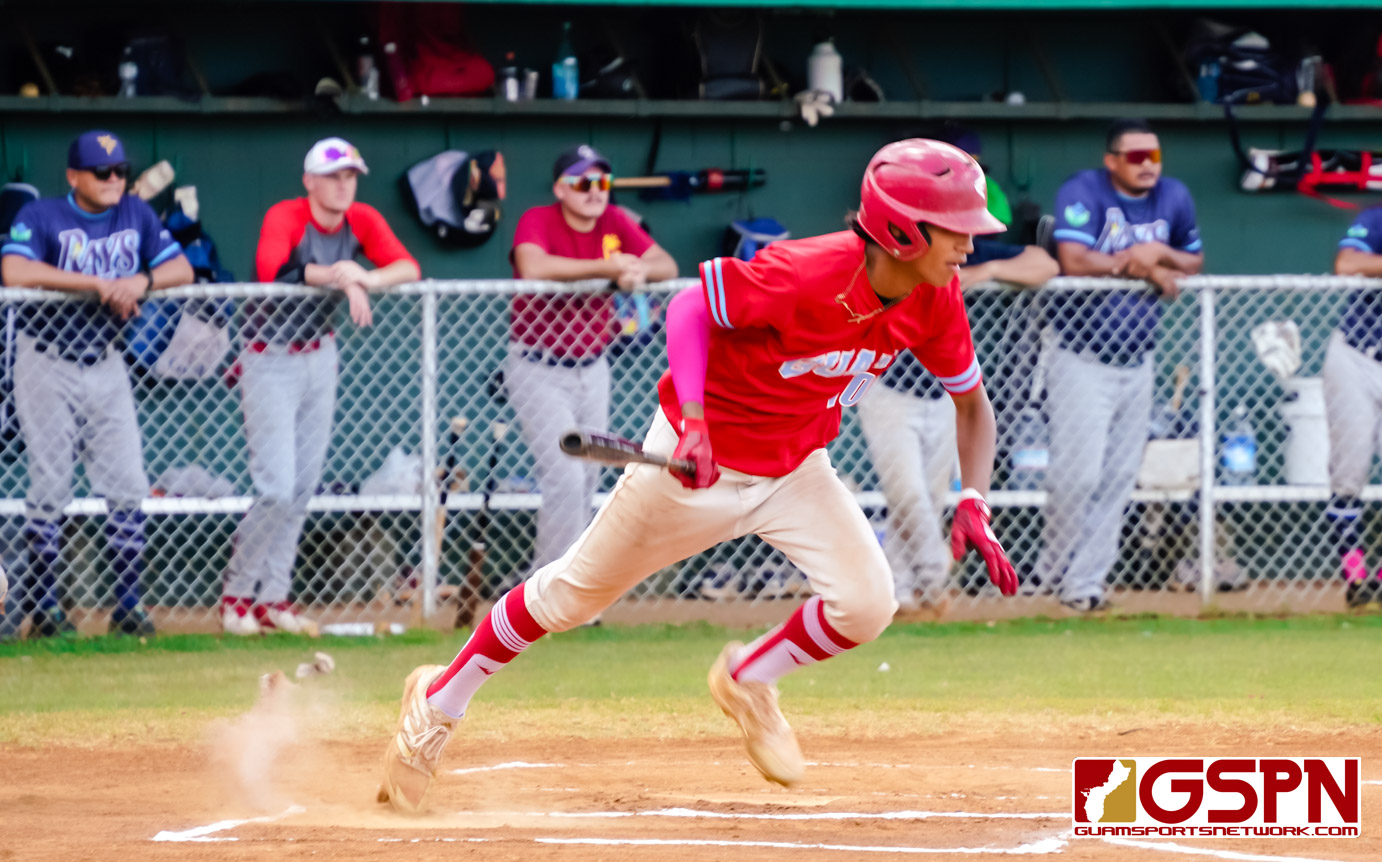 The Guam Junior National Team, aka Jr. Nats, are preparing to compete in the Pacific Mini Games in Saipan in June and so far things are looking good.

The youngsters improved to 5-0 in the Guam Major League – best out of the 12 teams – after an errorless 6-4 win over the IT&E Rays Sunday afternoon at the Paseo Stadium.

John Salas, Jr. went 3-for-5 batting from the 7th spot to guide the Jr. Nats. Jared Palomo’s RBI triple was the only hit for the Rays.

The Junior Nats are preparing to represent Guam in the Mini Games in Saipan June 17-25.

The Linda’s Yankees won their second straight game with a big 13-2 win over the Talofofo Rangers. Both teams are now 3-2.

Johnny Cruz went 3-for-3 with 2 RBI while Brian Bunag went 3-for-4 for the Yankees. Don Santos and Mark Flores had two-run hits.

Andrew and Joey Taijeron provided the only two run-scoring hits for Talofofo.

NOTE: This Friday’s schedule between the Jr. Nationals and the Dodgers might be rescheduled because of a concert at Guerrero Field that night.