Amigos fend off Chiefs as regular season winds down 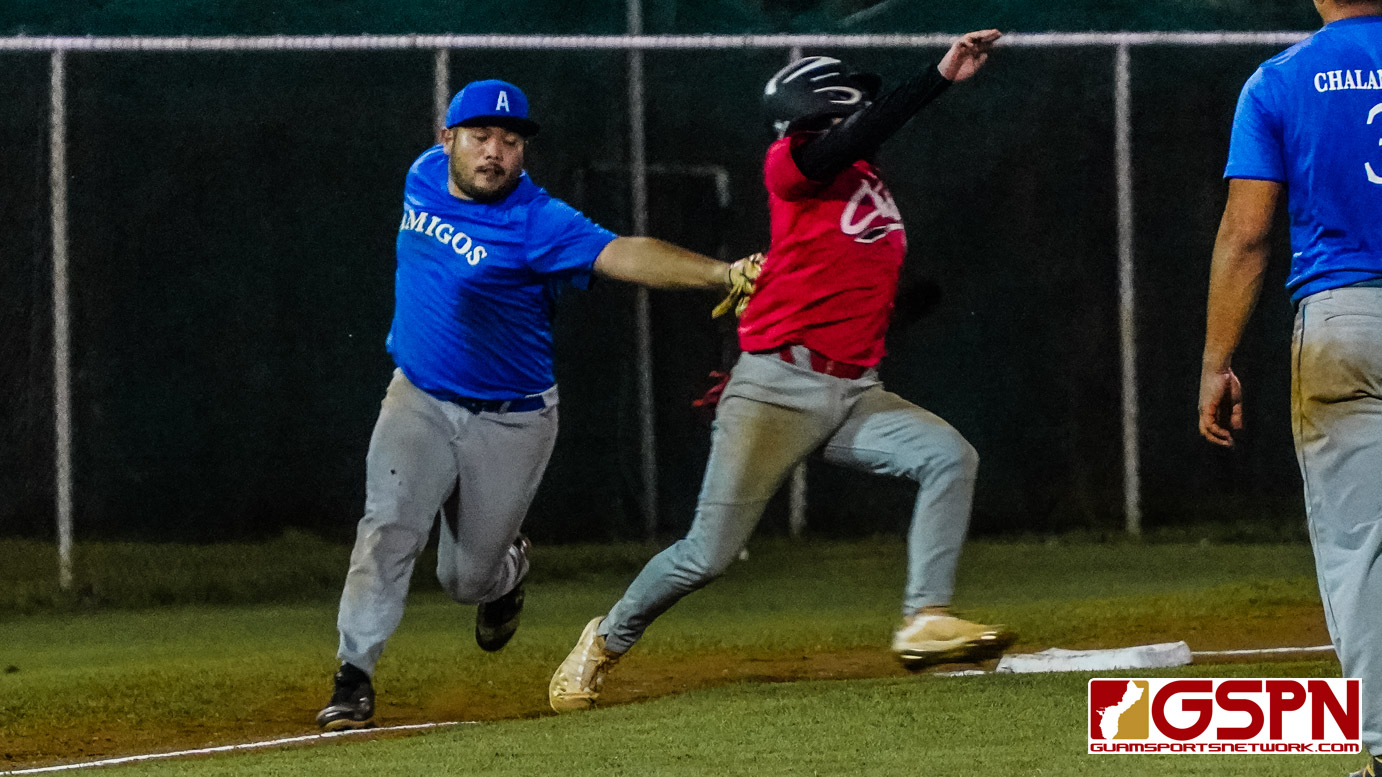 In a season that started on April 2, the 2022 Guam Major League regular season is finally winding down with a host of make-up games after over 30 rainouts.

With some teams’ season already completed and the playoff spots almost filled, the Amigos were taking in just their 8th of 11 regular season games.

They took full advantage of the opportunity Tuesday night, beating the Chiefs 9-5 to win their second straight.

The Amigos scored five runs in the 7th inning to make all the difference.

Bruce San Nicolas went 3-for-4 and Ray Leon Guerrero added a pair of hits. For the Chiefs, who finish the season at 2-9, Kaimana Bamba and Ethan Cali both had two hits to lead the way.

The top six teams get a playoff berth with the top two teams getting a bye into the best-of-five semifinals. There will be a one game ‘play in’ with 3 vs. 6 and 4 vs. 5 to advance to the semis.

Four of the six playoff slots are filled (see standings below). Friday night’s game between the Typhoons and Redhawks have huge playoff implications. If the Typhoons win, they clinch a playoff spot. If the Redhawks win, they need a couple of more wins down the stretch to lock in a postseason spot.

The Rangers will need the Redhawks to lose at least two of their last three games to squeeze into the postseason.