Dodgers leading in 9th inning when darkness hit the field 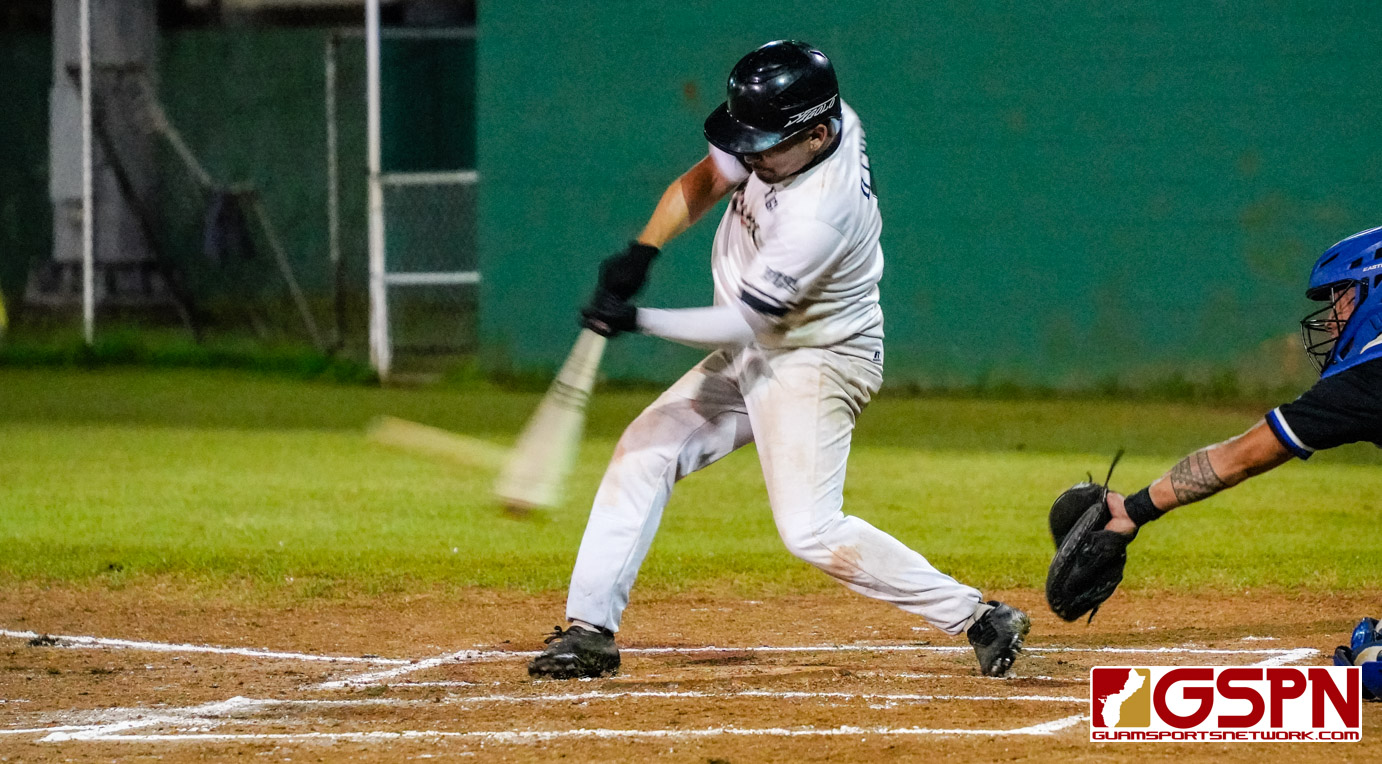 The season that keeps on going found another way to not to end a game.

In Game 4 of the GML Semifinal Series, the Dodgers were leading 10-8 in the bottom of the 9th inning against the Yigo Typhoons when half the lights at Paseo Stadium went out caused by a massive islandwide power fluctuation. Ensuing thunderstorms put the ribbon on the night at 10:44 pm as the league has yet to officially decide (as of print time) on whether the Dodgers tie the series at 2-2 or Game 4 will be played out to the finish.

Earlier in the game, the Typhoons looked to seal the series and head to championship when Carl Quintanilla came up with a huge two-run homer (see home run swing on photo gallery below) in the bottom of the 3rd to make it 4-2. Yigo would score more three runs in the 4th for a comfortable 7-2 lead with Jake Concepcion on the hill.

The Dodgers, however, wouldn’t go down easy as the scratched out three runs in the 6th and four runs in the 8th to jump ahead.

The lights went out with one out in the bottom of the 9th with the bases empty and T.J. Guile at the plate for Yigo.

The Jr. Nationals await the winner in the GML best-of-7 championship series after sweeping the Talofofo Rangers.