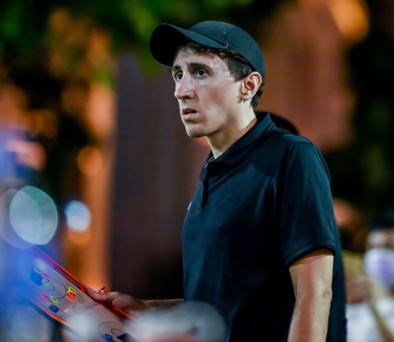 PRESS RELEASE – The Guam Basketball Confederation (GBC) is excited to welcome their first-ever Executive Director, David Kenah. According to GBC President, E.J. Calvo, “We welcome David to our island and look forward to working with him to further enhance our mission and execute our new strategic plan. He is well-traveled and experienced in various roles that will surely benefit our Guam national basketball organization.

“The GBC recruited David Kenah to be the first full-time employee. His responsibilities include managing operations of the National Basketball Training Center in Tiyan, organizing youth camps and competitions, working with our national coaches and players, and much more!

According to GBC Executive Director, David Kenah, “I’m grateful and appreciative for the opportunity to work with Guam Basketball. I hope to use my past experiences to help build on the basketball culture that Coach Calvo and the GBC organization have developed over the past decade.”

Kenah was raised in New Jersey and completed a bachelor’s degree in Exercise and Sports Management at Rutgers University in 2012, where he also worked in the basketball program as a Coordinator of Basketball Operations. After graduation, he worked internships as a Video Coordinator for the Boston Celtics, and eventually elevated to Assistant Coach at NBA G-League teams, including the Santa Cruz Warriors and Greensboro Swarm.

Most recently, he was Director of Basketball Development for Hong Kong’s professional club, The Eastern Long Lions. During the last 2 years in Hong Kong, he focused on player development, to include establishing a program for youth coaches and players.

Kenah added, “Our goal in 2022 is to continue the growth of basketball engagement in Guam for players, coaches, referees, and fans. I look forward to getting to know the people in the community that make Guam a special place.”
The Guam Basketball Confederation (GBC) is sanctioned by FIBA and the Guam National Olympic Committee to lead and govern the sport of basketball in Guam.