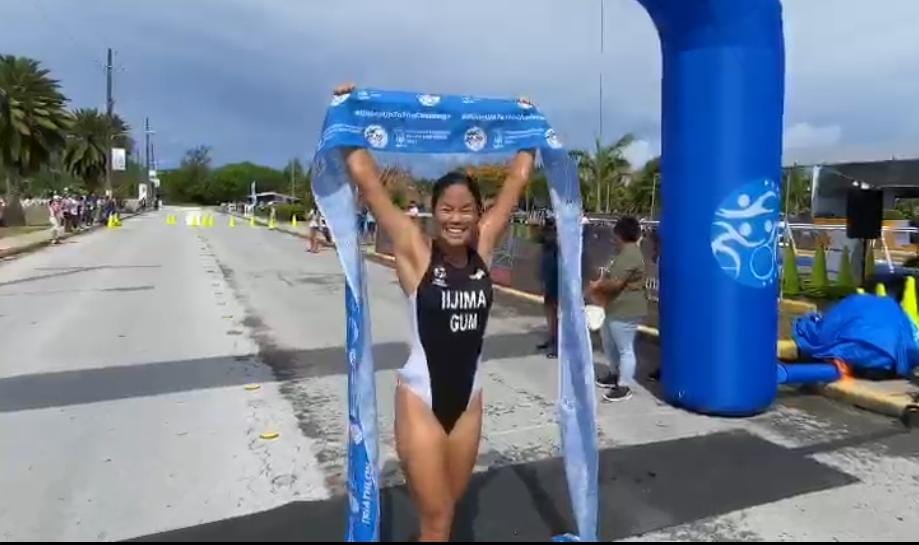 Our highly-decorated female athlete just added yet another accomplishment.

Iijima-Martin led from start to finish and was really never threatened. Three athletes from New Caledonia finished 2nd, 3rd and 4th. The closest to Iijima-Martin finished in 1:08:51.

Out of the water, our golden girl was just two seconds in the lead before having the best bike portion of them all and then cruising through in the run section.

“It hasn’t sunk in yet,” she said hours after completion. “It’s been a long time since Guam got a medal in the individual triathlon, so I’m proud to have won for Guam.”

The triathletes take a break on Tuesday before competing in the Aquathlon and Mixed Relay Team Triathlon Wednesday in Luta.