ISLANDERS EAGER TO TAKE ON EAGLES 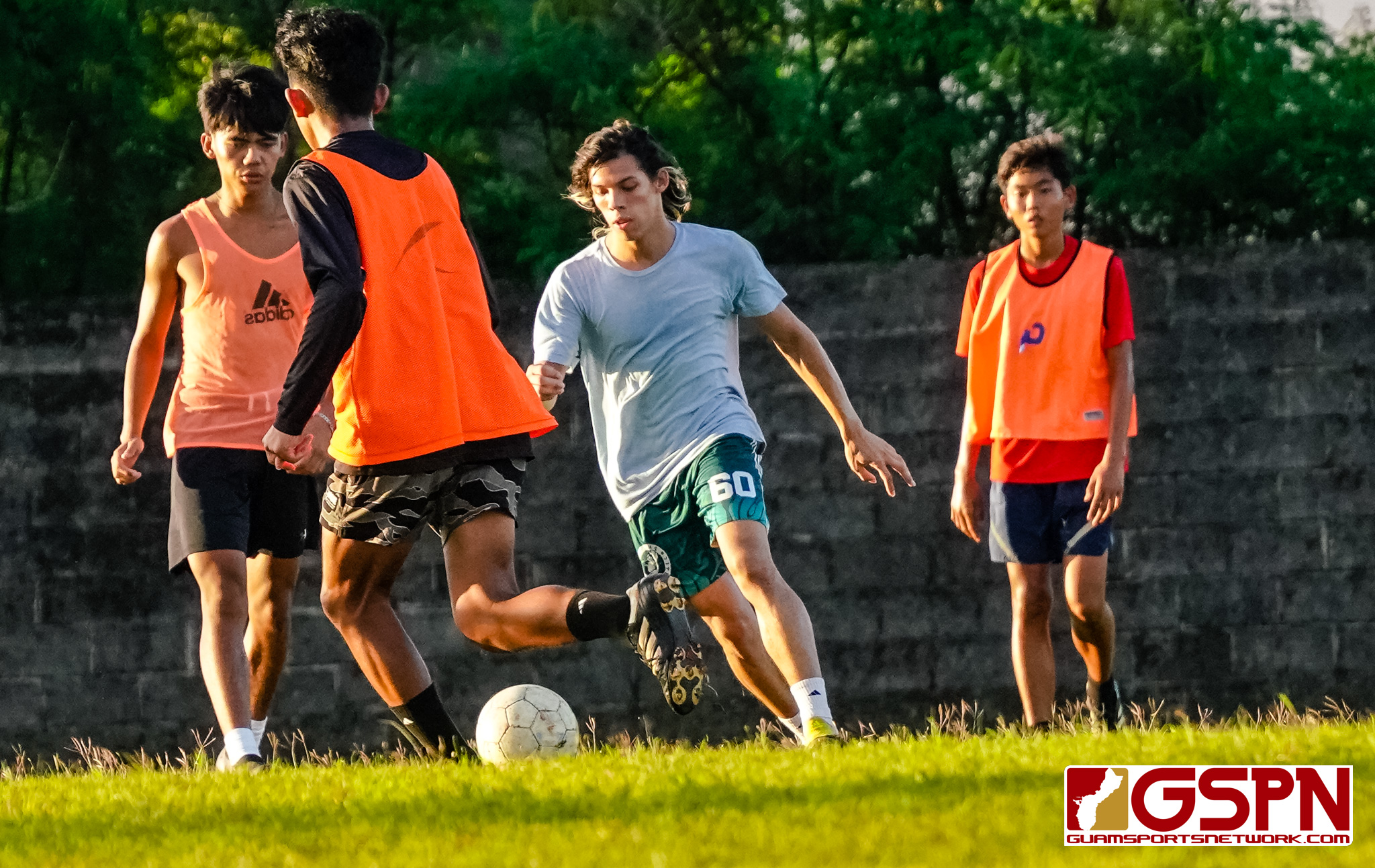 Fresh off their three-peat as the Interscholastic Sports Association Boys Soccer Champions, The John F. Kennedy Islanders turn their focus to one last mission…to take down the IIAAG boys soccer champs Harvest Christian Academy Eagles in the Champions vs. Champions match this Saturday at the GFA field.

For the Islanders, this game will not only determine the overall champions of the island, but it is being deemed a redemption match for their 1-0 loss to the Eagles in 2019 in the last title game before the split of the two leagues.

GSPN caught up with a few members of the Islanders to get their take on the upcoming game against their counter parts from the IIAAG. Captains and seniors Dakota Concepcion and Irvin White along with league MVP Taiyo Kanekatsu provided an outlook for the upcoming rematch. Concepcion and Kanekatsu were a part of the 2019 team that lost to the Eagles in the title game.

“In my opinion, this game is going to be serious but fun,” said Concepcion one of the Islanders captains who was also a member of the 2019 team which lost to the Eagles in the title game. “I’m competitive, so yeah, I take this game seriously. They beat us before in the championship game and they’re a tough team, but this is definitely a redemption match for us.”

Although not a member of the 2019 team, White added that, “knowing my teammates are very competitive, they feel they could prove something.” “Scrimmaging them before the season we lost 4-1, but now that we have all our players and good teamwork, we can beat them. I feel its going to be really rough and competitive.”

“I think we want it pretty bad,” said San Agustin. “Because nobody really wants to lose to Harvest, and we want to show that we are the champions of the island.”

San Agustin credits the leadership of his team captains as a key factor for their team’s chemistry and success.

“When I first joined the team, I didn’t think I would fit in well, but these guys are pretty chill,” said San Agustin. “The stereotype is like the freshmen and new guys get picked on, but here, they were pretty supportive. They helped out a lot with the drills and teaching us their playing style.”

The Islanders and the Eagles have long established a competitive rivalry between the two schools for soccer dominance on the island. And with the split between the two leagues, it’s games like these that give the athletes a taste of what they have been longing for the past three years.

“It’s always fun to play against the private schools. I know they stripped that away from us when the leagues split. But it feels good to finally play against another championship team. It will definitely be a good challenge.”

“It’s kind of upsetting that we didn’t get to challenge the private schools,” added Kanekatsu. “If we did, it would have been a really nice match and enjoyable for a lot of people.”

White agreed with his teammates adding, “I feel like the two leagues could have been combined. There could have been more games and more competition if we played as one league.”

Head Coach Eladio Manansala added his take on the issue.

“Well, this is something that we’ve been looking forward to – for competition between both leagues,” said Manansala. “Even though it’s not an official game per se, it is a way to find out who’s the best team on the island and we miss it. The kids have been asking for it and we want to compete all together.”

Championship in the blood

Manansala is no stranger to winning soccer championships. As a member of the JFK ’86-’89 teams, Manansala and the Islanders were the last boys’ soccer team to three-peat as champions, a feat that Concepcion was honored to share with his coach.

“It’s an honor to be the first boys team to three-peat since the 1980’s when my coach was a player,” said Concepcion. “I’m really glad I’m ending my high school career with this three-peat. It pushes me to be better as a player.”

“Coach does a really good job on preparing us for the games,” said White. “He works a lot on our technique and mostly passing. Because not everyone has the stamina, he’d rather get the passing down and, of course, we need to have speed, but its mostly about the passing.”

“He sees a vision of us and where we should be in terms of positioning and the game as a whole,” said Kanekatsu. “He really understands it and I really respect that.”

Key to winning the game

For this weekend’s Champions vs. Champions game, the league co-mvp gave his thoughts on the keys to defeating the Eagles.

“Believing in each other and our passing is key to winning,” said Kanekatsu. “In the beginning, there’s always nerves but after a while we’re calm, and we just let it flow.”

Manansala added that, “I always tell my team, it’s eighty minutes of soccer. If you make mistakes or get scored on, it doesn’t mean it’s over. You got to keep getting up, you got to keep fighting until the referee blows that whistle…until the game is over.”  “But everyone on the team must play their role. We need to play good defense, make good passes, have good communication and make good decisions on the field.”

Each one was asked to give their prediction for the game and with the exception of Concepcion, they all agreed that the game would be low scoring with JFK winning by a single point.

“The score will be somewhere around 3-2 or 2-1, obviously with us winning the game,” said San Agustin.

Kanekatsu disagreed with when the game would end stating that, “I think it’s going to be a really tough game and the score won’t be that much, probably 2-1 or 1-0 but we will definitely end it in regulation!” “We won’t need overtime to beat them.”

With both JFK and Harvest coaches being defensive minded, Manansala agreed with Kanekatsu.

No matter what the score will be at the conclusion of the Champions vs. Champions match this Saturday, one thing is definitely for sure and that is the Islanders are geared up and ready to claim the bragging rights as the number one boys soccer team on the island.

Gates open at 5 pm at the GFA Field 2 With kickoff slated for 6 pm. Entry fee is $5 for adults and $3 for seniors/students. Free for 5-years and under.