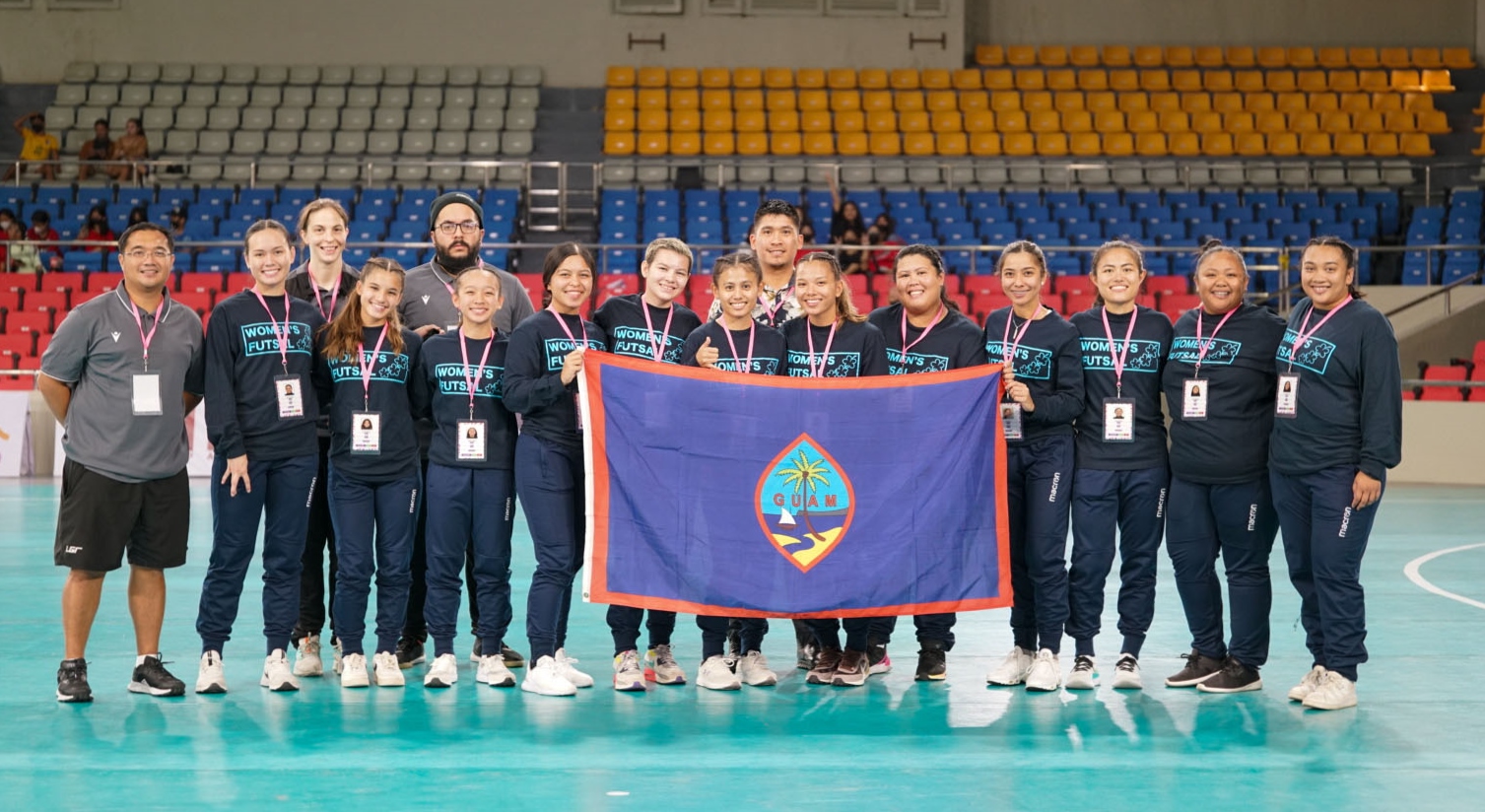 PRESS RELEASE – The Guam Women’s Futsal Team returned to Guam Tuesday with one win out of two matches against the Philippines, but more importantly with a wealth of experience and a boost in confidence to continue elite futsal development in Guam.

“I am truly grateful for the opportunity to play international futsal – when we dominated against the Philippines in the first game, I couldn’t truly express in words how fortunate we were to experience making history for Guam and the women’s program,” said Arisa Recella, who earned the team captain’s armband for both matches. “Even if we only played two matches, both were definitely a challenge against a strong Philippines team and I’m hoping to have more games in the near future.

“I would like to thank our coach, Ross Awa, for putting in time to have us prepare for the friendly matches and also for appointing me as captain of Guam’s very first Women’s Futsal Team, which also is my first as a captain in the international game. I’m very thankful for the love and support from near and far. Last, I am very proud of each and everyone on the team – this is definitely one for the books. Biba Guahan!” added Recella.

After winning its first-ever international women’s futsal match 1-0 Saturday evening, the team next fell to the Philippines 3-1 Sunday evening. Koharu Minato scored both of Guam’s goals over the two match days.

Prior to departing to the Philippines for the matches, the team trained four times per week with two training matches against club teams on weekends at the Guam Sports Complex gym.

“The recent matches against the Philippines were a great way to gauge where we are with futsal on the international stage,” said Ross Awa, Guam Women’s Futsal Team Head Coach. “I am truly proud of all the players and my staff for the memorable experience – not only for the team, but also for everyone supporting us. I am developing a progressive environment where the players are able to compete and play under pressure while given the opportunity to express themselves freely without fear of failure.”

The 14 players called up to play for Guam had an average age of just over 23 years old, with three of the players only 16 years old. The players also had varying levels of experience at the international level with a handful making their first appearance in an international match abroad.

“Finding a balance in the women’s program is key for the future development of our players,” Awa said. “This recent opportunity against the Philippines showcased steps in that direction as the second match was focused on the development of youth players and new additions to the program.

“This is only the start of futsal for the women’s program and with the continued support from GFA, we are already underway for future projects to support the development of the game in Guam,” Awa added.