ISLANDERS FIGHT OFF DOLPHINS IN 5

JFK poised for playoffs after long battle with Southern 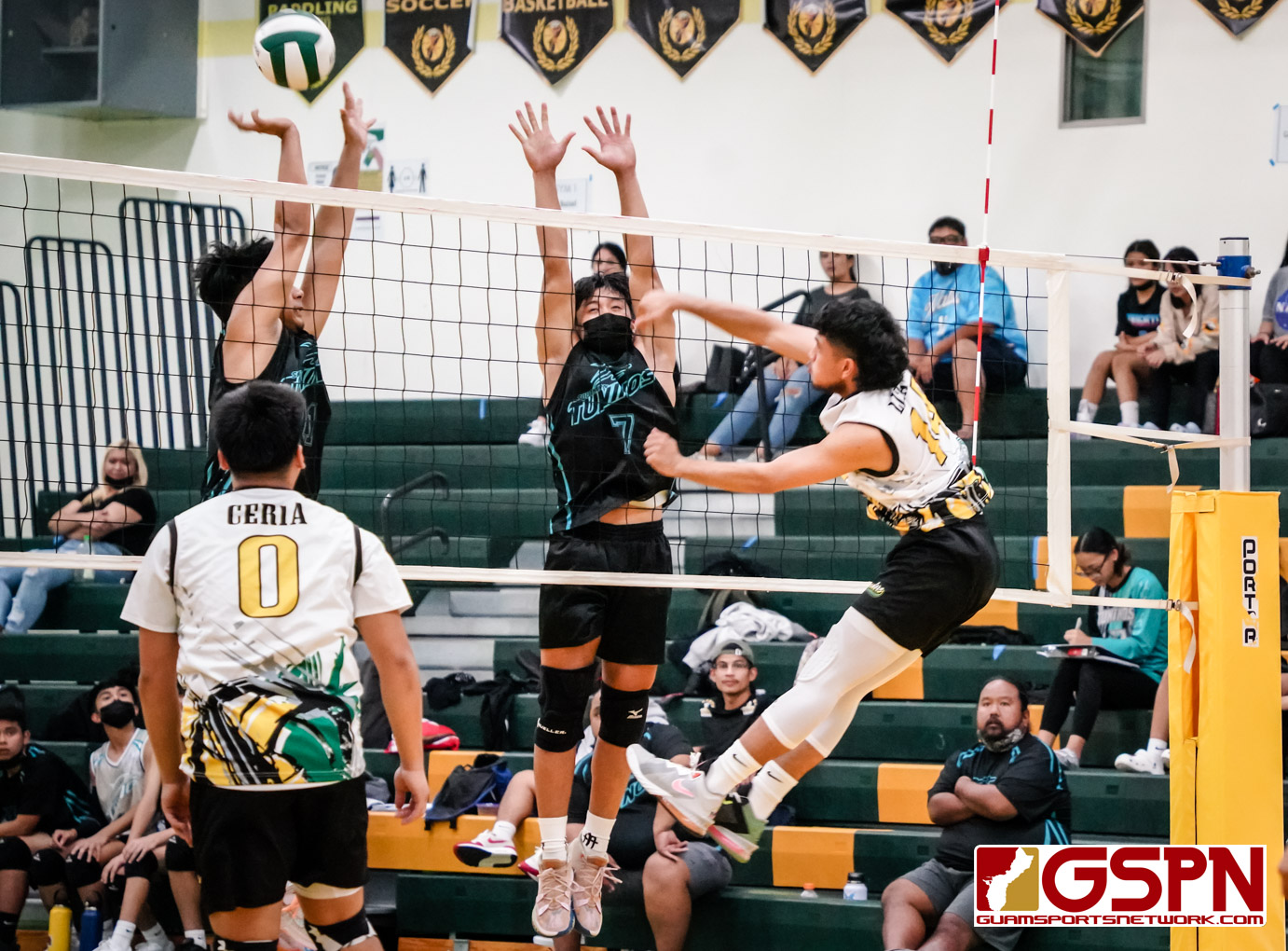 Outside hitter Mark Morales came up huge for JFK in the fifth and final set recording five of his 14 kills to lead the Islanders.

In the opening set, the Dolphins caught the islanders flat footed and capitalized on the Islander’s miscues to take the first set 25-21.

JFK would settle down taming the Dolphins with a 14-4 run to start the second set. The Islanders would cruise to an easy 25-10 victory.

The third set saw both teams evenly matched as the score went back and forth. The Islanders would take the third set 25-21 after a hitting error ended the set.

In the fourth set, the as the teams matched point for point, the Islanders, with the score even at 12 apiece, went on an 8-0 run in what seemed the impending doom for the Dolphins. With the Islanders comfortably ahead 22-14, Southern came storming back. Led by Isaiah Taijeron, the Dolphins scored 11 straight points to steal the fourth set away from the islanders winning the set 25-22.

“We didn’t want to let that happen again. We know we’re better than that.”

In the fifth and deciding set down 4-2, Morales gave the Islanders the lead with four consecutive power kills making the score 6-4. Morales nailed his fifth kill of the set to seal the 15-11 victory.

Morales noted the number of injuries currently affecting his team and how the recovery process is ongoing. “We are not where we want to be right now…but we should be ready by the playoffs.”

He believes his team will be ready to compete come playoff time and has no doubts about his team’s potential to win it all.

“If we put all our efforts into it, we can beat any team.” Asked how his team would fair against the undefeated Tiyan Titans, Morales stated, “I think we will win it all. I can’t doubt my team!”

There are still three games remaining in the ISA Boys Volleyball season. The playoffs are slated to begin Monday May 23 with the semifinals and the 3rd place and championship games scheduled for Thursday May 26.

Semifinals set for Thursday May 12 at JFK field