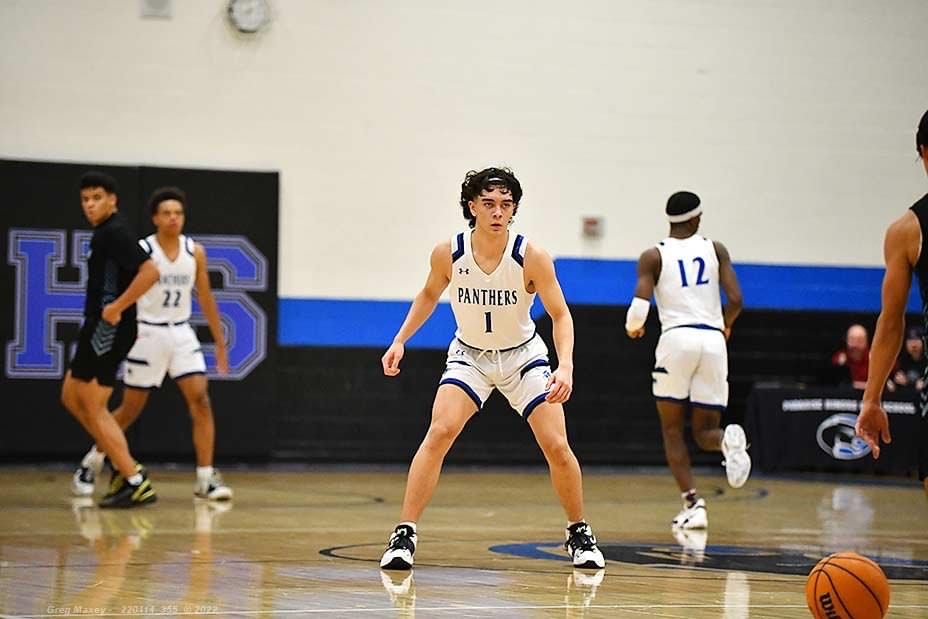 Former Guam resident Zander Kamai is making huge strides in the sport of basketball after making the 2nd All-region Division 4A team in Arizona. Two years ago, Kamai was playing for the junior varsity team for the FD Friars; he now plays for the Paradise Honors Panthers in Arizona.

Kamai attended St. John’s in middle school and transferred to FD as a freshman. He played one year at FD on the junior varsity squad under head coach Jimmy Yi.

After the pandemic hit in 2020, the Kamai family travelled to the US mainland and Zander was eager to get involved in a basketball program.

“Once I got out here, sports were getting canceled in most places. An opportunity came up to play for a coach at a high school here in Phoenix and my family decided to stay,” said Kamai. He also had a growth spurt after leaving Guam and is now listed at 6’2” as a junior.

The decision to stay all worked out for Kamai. He played on a ranked high school team and plays against the best in the region. “I am really thankful I have a supportive family behind me. They have done so much to provide the opportunities I needed”.

Zander’s main supporters are his parents David and Bianca. He also has three younger brothers Rian, Dylan and Luca.

Kamai’s best attributes include his craftiness as a southpaw ball handler and his 3-point shooting ability. He’s on several highlight reels on social media and he’s only getting better. For his junior season, Kamai’s averaged 10.6 points, 3.6 rebounds, 2.8 assists and 1.7 steals per game.

As a junior, Kamai ranked eighth in the state at 3-pointer shooting. He shot 39 percent from beyond the arc and made 62 total 3-pointers in the regular season. His most efficient game was played against Coconino High School in a game in which he made 8-of-9 shots for 20 points with three assists.

Kamai excels on and off the court and is holding a respectable 3.53 grade point average.

“I’ve loved the game since I started playing at the age of 4. By the end of middle school, I knew that I wanted to take it to the next level and start thinking about playing in college,” said Kamai.

With his senior season coming next year, Kamai’s goal is to land a spot on a Division 1 college roster.

“There’s a lot of really good schools I’d like to play for. My goal is to play for a D1 program. Getting a scholarship to attend and play for any great college would be a blessing,” said Kamai.

Former coach Yi said he was blessed to have coached him for that one year at FD.

“He was willing to do what was necessary for the team – all of his work has been paying off. We are proud of him!”, said Yi.

Yi said his work ethic is what was so special about him.

“He was the hardest worker in the room – always came early and stayed late. My message to him is to ‘enjoy the process’.”

Guam is still in Kamai’s roots and he said if given the opportunity, he would love to represent Guam one day. “It would be a privilege and an honor to play for Team Guam one day.”

Aside from wanting to see his friends and former coaches, Kamai said he misses his Grandparents and Great-Grandmother most.

“They support me at my games and also off the court,” said Kamai. He said he also misses the beaches and the food on Guam. “There are so many great places but my favorite place to eat was Arashi Bowl.”

Heading into the summer, the grind will not stop for Kamai. He will be playing for an AAU team which will be determined in the next few weeks.