RAIDERS DOWN WARRIORS, FORCES LOGJAM AT THE TOP 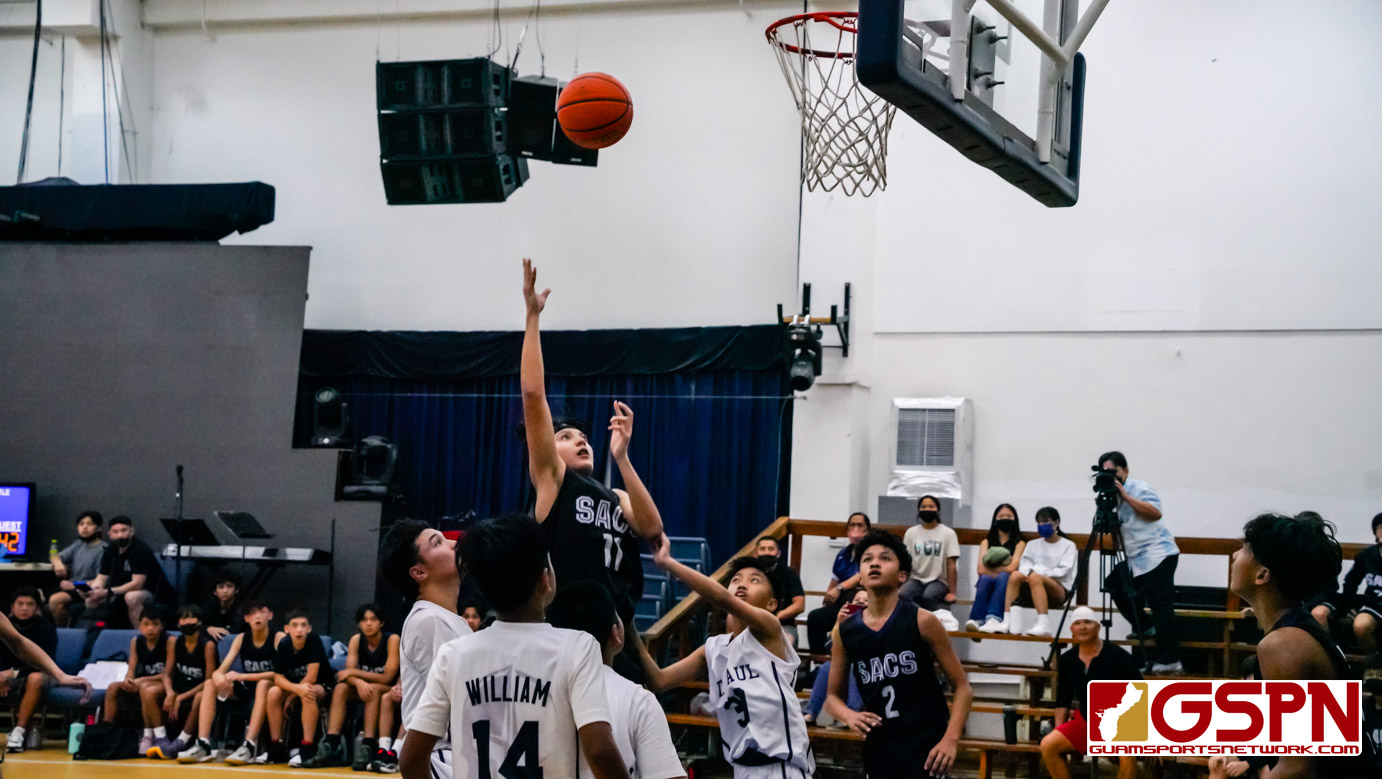 The St. Paul Warriors and the St. Anthony Raiders took the court with the Warriors putting up their undefeated record on the line.

After four quarters on the St. Paul home court, it was the Raider defense and size that prevailed. The Raiders led the entire game, keeping their championship hopes alive with a 52-43 victory.

In IIAAG middle school hoops, there are no playoff games and the best record at the end of the season will be declared champion. The Raiders entered the contest with one blemish suffered last week in a come-from-behind loss to the Mt. Carmel Phoenix. After Monday night, four teams each have one loss after the Bishop Baumgartner Obispos defeated the Andersen Dragons by three points.

The contest featured highly-skilled athletes from both teams with St. Paul forward Kico Aisek and guard Jaysweet William leading the offense for the Warriors. The Raiders are stacked with height and athleticism with Tristan Hahn, Andrew Baker, Lynnwood (Colin) Baker and Jarret Ko leading the way for the Raiders.

The Raiders started the game with full court pressure and used their size as an advantage on offense. Andrew Baker scored via offensive rebounds and Addi Delos Santos drained an open 3-pointer to go ahead 18-10 at the end of the first quarter.

The Warriors suffered a setback in the second quarter with William committing his third foul, forcing him to sit on the bench. With their point guard on the bench, the Warriors dug deep and it was a couple of jumpers by Gavin Paet and aggressiveness from Aisek that helped them cut a double digit deficit to trail 31-26 at halftime.

Aisek put the team on his shoulders and scored 17 points by halftime. Aisek was crafty in the open court with his drives to the basket that got him either a layup or a trip to the foul line. He had 16 total free throw attempts, making 11 of them enroute to a game-high 28 points and 11 rebounds.

“In the first half, we tried pressing but we saw it wasn’t working because he (Aisek) was getting lay-ups.”

“We changed our defense and it helped later in the game.” – Colin Baker

Good defense turned into offense for the Raiders and Ko took full advantage in the second half. Andrew Baker and Hahn combined for six blocks in the third quarter which turned into fast break points by Ko. Ko scored or assisted a total of eight points to close out the third quarter giving St Anthony a 42-31 advantage.

St. Anthony opens up the fourth quarter with a quick 4-0 run with Ko dishing a no-look assist to Colin Baker and later went coast-to-coast for a layup which forced St. Paul to burn a timeout, trailing 46-31.

Immediately after the timeout, William scored with a layup and Aisek made two jumpers for the Warriors to ignite a 6-0 run.

The Raiders called a timeout to regroup and Ko ended the run with a drive to the basket to go ahead for good. The Raiders played good defense in the final two minutes and the game ended with a final score of 52-43.

“After suffering that loss last week, we needed to secure this win,” said Hahn. Mt. Carmel came back from a deficit last week and Hahn said his team did not want that to happen again. “In the fourth quarter, we needed to focus more on our defense and we did that by being more aggressive”.

STARS CRUISE PAST BOMBERS IN BATTLE OF THE UNBEATENS
STARS, BOMBERS ADVANCE TO FINALS
Loading Comments...