TRIATHLETES WARM UP FOR MINI GAMES WITH SHORT COURSE 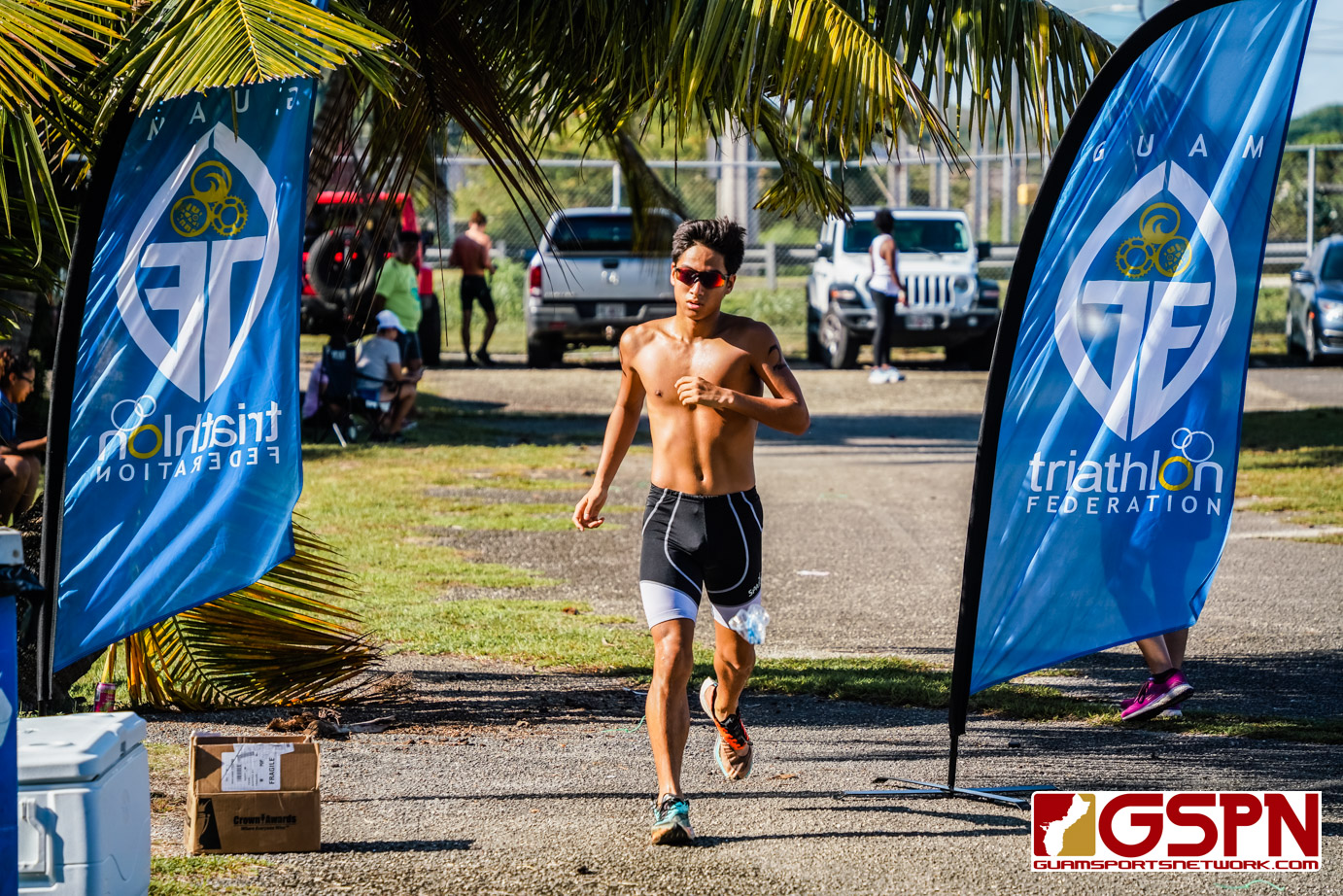 Ryan Matienzo took home first place in the Guam Triathlon Summer Sprint Series Race 1 Sunday Morning at the Piti Channel with a time of 1:04:38. Matienzo, along with male participant teammates John Carlo Baguyo and Mark Imazu, will be representing Guam at the Pacific Mini Games in the CNMI in three weeks.

Guam Triathlon Federation President Mark Cruz is excited for this team and he is also confident the team will do their best to get on the medal stand. According to Cruz, the team will have a chance to win three medals in the individual and team events.

The sprint event on Sunday went from a triathlon to a duathlon after Cruz got stung by a jellyfish prior to the race start as he was doing a course check. Cruz said safety is a priority so the Federation decided to make the event a run-bike-run event.

The Guam contingent will start the Games off with their event in Rota on June 20 and 22. Guam’s lone female participant will be Manami Iijima-Martin who was busy overseas competing in a professional triathlon event in Korea.

As her male counterparts were competing on Guam, Iijima-Martin finished second in the Korea Challenge Triathlon. Iijima-Martin was also GSPN’s Athlete of the Year in 2017 and competes overseas as a pro triathlete.

” I pretty excited! I haven’t officially represented Guam since 2006. So I’m honored to be back representing our island.”

“I think it will be a good challenge competing in two sports. I’m looking forward to both! I’ve done a half marathon before in Saipan but never with a triathlon before hand. I’ll focus on the triathlon first, as it’s my main sport but hoping to give it my best at the half marathon as well,” added Manami.

For Baguyo, it will be his first time representing Guam though he’s qualified in the past.

“I’m excited to finally compete for Guam. I wasn’t able compete in the last Games because I didn’t receive my citizenship yet,” said Baguyo.

He has since received his U.S. citizenship and the Guam resident for the last 11 years will make his debut in Rota. “I’m Filipino but I’m also proud to represent the island of Guam”.

Baguyo said that his good friend and training partner Matienzo has pushed him to achieve PR’s in running and is happy to compete alongside him. Matienzo has been a long list of achievements, especially in distance races. “It was hot today and it is something we are going to get used too because the race in Rota will start at 10:30 am,” said Matienzo.

“This is going to be my first (international) triathlon event so I’m training a lot, especially on the swimming portion because it is my weakest event,” said Matienzo. “Training for this is time consuming because I’m also going to represent Guam in athletics as well.”

Iijima-Martin, Imazu and Matienzo will also be competing with the Track & Field team after their triathlon event in Rota is completed. The three athletes will go to Saipan after the conclusion of their triathlon to join the track teammates and will all compete in distance races.

“It’s time consuming for all this training and I’m just making sure I’m getting the right nutrition intake,” said Matienzo. Matienzo will be competing in the half marathon event which is one of the final events of the games.

The youngest member of the team is Imazu. Imazu, who will be graduating soon from JFK High School, was also selected as a Shieh Scholarship Student-Athlete Finalist.

Imazu is the strongest swimmer in the group and was disappointed the swimming portion was scratched but understood safety is the top priority for all athletes. “The swim portion is the strongest leg, it helps me create a 3-5 minute gap with the rest of the pack,” said Imazu.

Despite qualifying for the triathlon team in the past, this will be Imazu’s first time to compete in the triathlon. He qualified for previous Games but he was too young to compete which is part of the international games rules.

“I am super excited to compete against the other countries and I’m anxious to compete in the waters of Rota”.

Competition starts at the West Marina in Rota on June 20th. The Opening Ceremonies will be held in Saipan on June 17th.