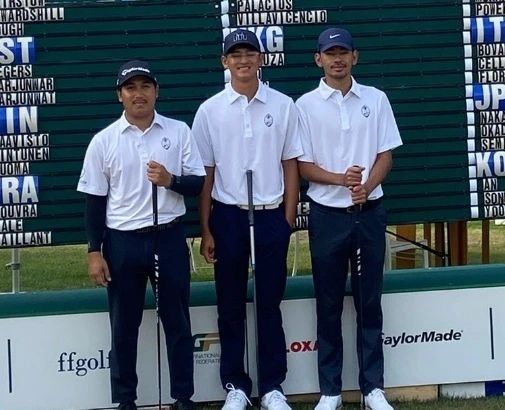 Three of Guam’s best amateur golfers represented our island in France this week in the World Team Amateur Championships.

After the two rounds of play, Guam finished 70th out of the 71 countries, beating out only Lebanon. Japan captured the world championship.

Camacho led the charge with rounds of 78-81. Vongjalorn had the best improvement overnight at 93-83 and Nanpei was the most consistent at 89-89.

The best two scores out of the three golfers from each country were registered for the team scores.