UOG gets by MicroFriends to advance 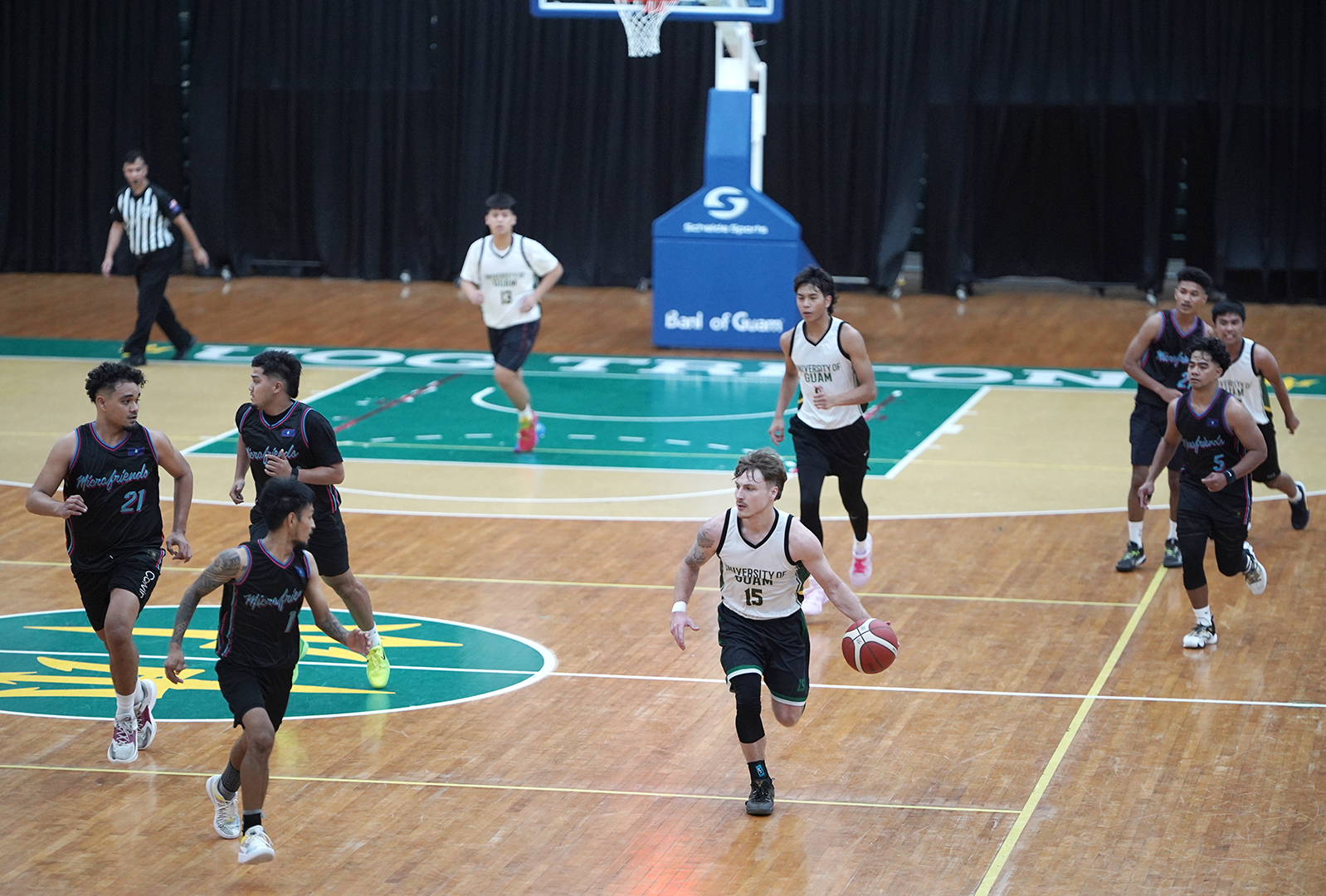 PRESS RELEASE – The first round of the Triton-KFC Men’s Basketball League playoffs is over and the MicroFriends and the Four Stars advanced to the semi-final round on Monday, December 5 at the UOG Calvo Field House. The MicroFriends defeated the UOG Tritons 81-73, and the Four Stars defeated the defending Triton League Champions, the MVP Stars 92-87.

The 3rd period remained the same with the Tritons up by 2 points again 60-58 going into the 4th quarter. Early in the 4th quarter, MicroFriends leading scorer, Jose Ignacio, fouled out of the game and MicroFriends player/coach Ryan Kusto was ejected from the game for arguing with the officials. The rest of the MicroFriends got fired up and played inspired basketball to finish the 4th quarter and ran their momentum to an 81-73 victory over the Tritons as UOG missed 8 of 14 foul shots in the final minutes of the game to fall behind the MircoFriends and they could not catch up.

Jose Ignacio led the MicroFriends with 26 points and Ken Brozo added 15. The Tritons were led by Logan Hopkins with 24 points while Kris Guzman and Darryl Nobles added 12 points each for UOG.

The MircoFriends are now 5-6 on the season and they will meet the #1 Seed KFC Bombers (10-0) on Monday night, December 5 at 8:15 pm in the 2nd semi-final game. The Tritons finished the season with a 2-9 record, tied for 5th place in the Triton League.

In the nightcap of the evening, the defending Triton League champions, the MVP Stars faced the #6 Seed Four Stars, but the MVPs only had 5 players at the game (not including league leading scorer JP Cruz), after forfeiting their last game when no players showed up for Monday’s night’s regular season final game against the MicroFriends.

But the MVPs held their own through the first 3 quarters of the game, as Karl Melencio had his best night of the season, scoring 31 points for the MVPs including 12 of 19 foul shots. The Four Stars had a 3-point lead after the first quarter, 23-20, but the MVPs came back to take the lead at half-time 52-43 with Melencio scoring 26 of his 31 points in the first half.

The MVPs continued to lead after the 3rd period, up 71-65 entering the final ten minutes of the game. But early in the 4th quarter, Melencio twisted his ankle and had to leave the game, not to return and the MVPs had to play with 4 players the rest of the period. The Four Stars took control of the game with a player advantage and outscored the MVPs 27-16 in the final period to win the game 92-87 as the MVPs battled but couldn’t keep up without their 5th player.

The Four Stars improved to 2-9 on the season and will play Team OG (7-3) on Monday, December 5th at 6:30pm in the 1st semi-final game of the night. The MVPs ended their season with a 6-5 record, tied for 5th place in the league.

Games not covered by PBS Guam will be “Live” Streamed on the UOG Athletic Facebook page.