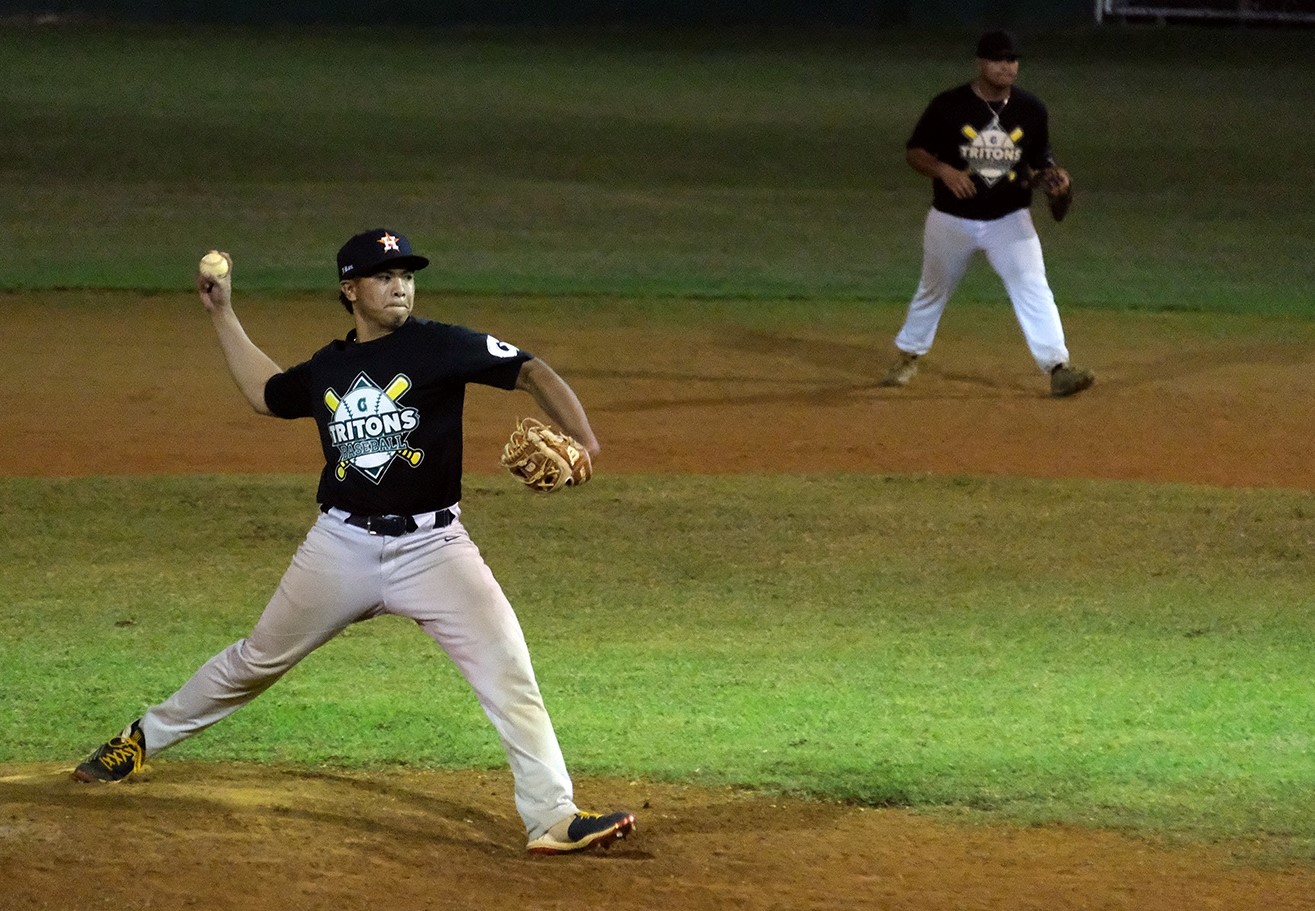 PRESS RELEASE – The University of Guam Triton Baseball Team had a successful return to the Guam Major League on Thursday night at the Paseo Stadium in the first GML game UOG has played since 2006. The Tritons defeated the CP Amigos 14-4 in a ten run ruled game that ended in the bottom of the 7th.

The Tritons started the night behind, as the Amigos scored two runs in the top of the 1st inning on three walks and two hits, but UOG starting pitcher Jarren Gumataotao settled down after the first to throw 4 more innings of shutout ball.

The game was then scoreless until the 7th inning, when the Amigos scored two runs off UOG reliever Rico Miner who entered the game in the 6th inning and UOG led 10-4 going into the bottom of the 7th and the Tritons answered the Amigos back by scoring four runs and ending the game.

The Tritons collected three walks and four singles in the 7th and Kyle Martinez ended the game driving in Arren Yatar with a single that made the game 14-4 and UOG won the game on the 10 run rule after the 7th inning was enforced.

The Tritons were led by Arren Yatar, Kyle Martinez and Andrew Perez with 3 hits each in the game while Jarren Gumataotao got the win for the Tritons with 5 innings pitched with 5 strikeouts and only allowing three hits in his outing.

UOG is now 1-0 in the league and face the Rays on Sunday afternoon at 2 pm in Paseo Stadium.