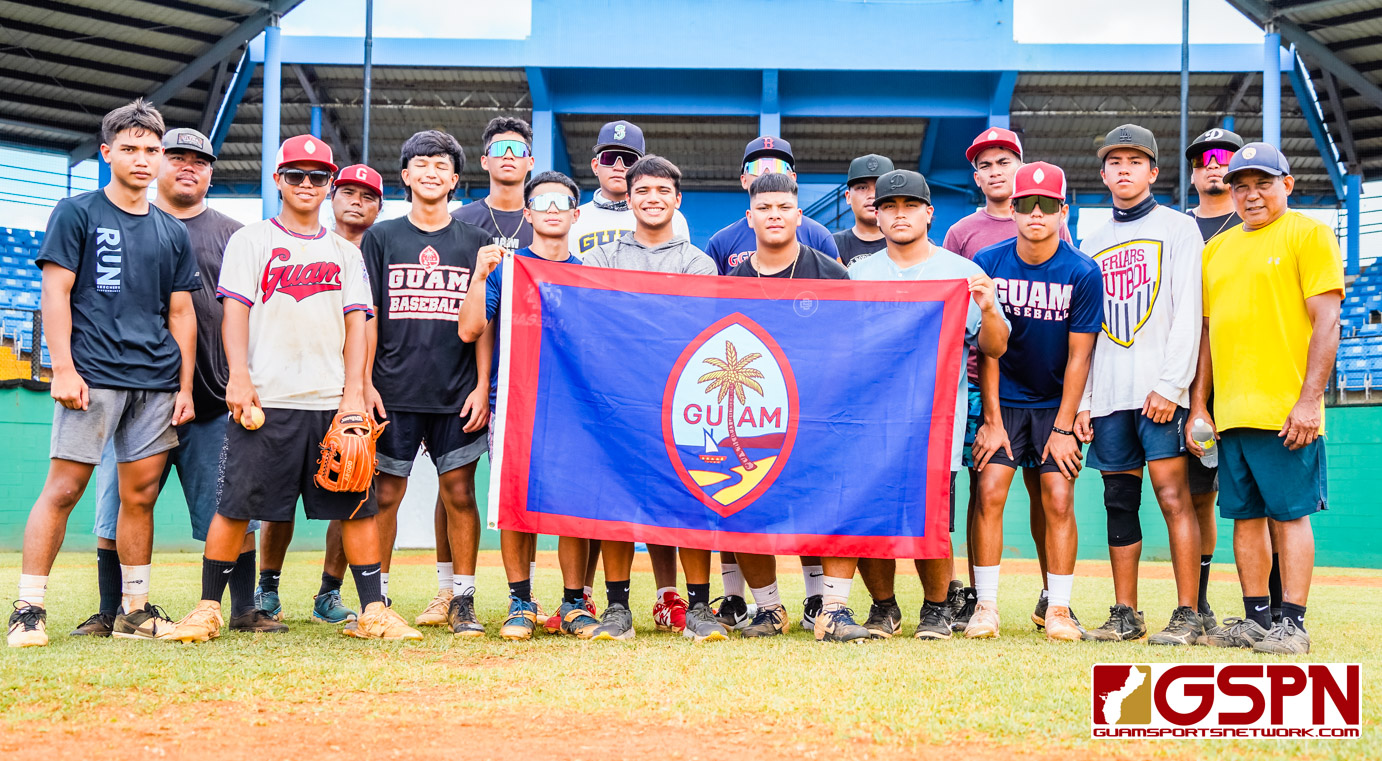 The next generation for Guam Baseball has been tapped by the Guam National Olympic Committee to represent Guam at the 2022 Mini Pacific Games. Fifteen of the 20 players who made the roster are young prospects under the age of 20.

Like tennis, baseball will be playing for almost the entire duration of the competition with games spanning from June 16-24. There are five participating countries with Guam, Fiji, Solomon Islands, Palau and the CNMI vying for the gold medal.

The team is preparing itself for the long schedule and team manager Joe Tuquero is preparing the team for different scenarios. “Based on past experience from my days at playing in the Games, Fiji and the Solomon Islands have very athletic players. Baseball was very new to them back then so we have to assume that they have improved over time,” said Tuquero.

“As for Palau, we were just there recently for friendship games and they too are a strong team that has a mixture of young and veteran players. In fact, they had one or two players that played here in the GML who had left to Palau to go back and train with their national team,” said Tuquero.

“Saipan is the defending champion of the Pacific Games and they are the host country so they will have their best. They have a couple of good, quality pitchers that are in their prime so with them being on their home turf, they will be tough,” said Tuquero.

With baseball making its return after an 11-year hiatus, the Guam team is looking to continue to re-establish itself as a powerhouse in the Pacific. The Mini Games will be the start of that journey for the next generation of ball players entering the Games.

They’ve been fine-tuning their skills in the ongoing Guam Major League, where they sit comfortably in first place at 9-0.

With 15 of the 20 players under the age of 20, Tuquero said the five veterans are crucial in their role. He said he values their leadership and experience to guide the younger players to play their best.

Jathan Muna-Barnes is one if those veterans who said he is eager to take the field with the squad.

“I’m super excited for these young gentlemen. They work very hard and are crazy talented. To share the field with them and play ball with them is an honor.”

“We’ve been working really hard and we have good chemistry as a team because we’ve been playing together for some time now,” said Jeremiah Sablan. Sablan, a high school All-Island player, will be playing catcher for Team Guam.

2021 high school MVP Ashton Tedtaotao said the team is excited to take the field and represent Guam to the best of their abilities. “This is a nice opportunity for us to go off-island and play with this team I’ve been playing with since ever since,” said Tedtaotao.

“The coaching staff is very knowledgeable and they have been with me for almost half of my life. They are doing their best to teach us the game of baseball and have fun as well.”

The young team has been off-island before for strictly baseball tournaments such as the Little League or regional tournaments. Tuquero said he is excited for his team to experience the magnitude of playing in the Mini Games and the pride of representing Guam alongside other sports.

The first games will be played on June 16th at the Oleai Sport Complex, a day before the opening ceremonies. The team will have the honor of attending the Opening Ceremonies and will make that march alongside fellow athletes from Guam playing other sports.

“Two coaches and three players have been to a Games before so this is going to be a new experience for them. I hope they soak it in and enjoy the experience. At the end, we want to represent Guam well on and off the field,” said Tuquero.