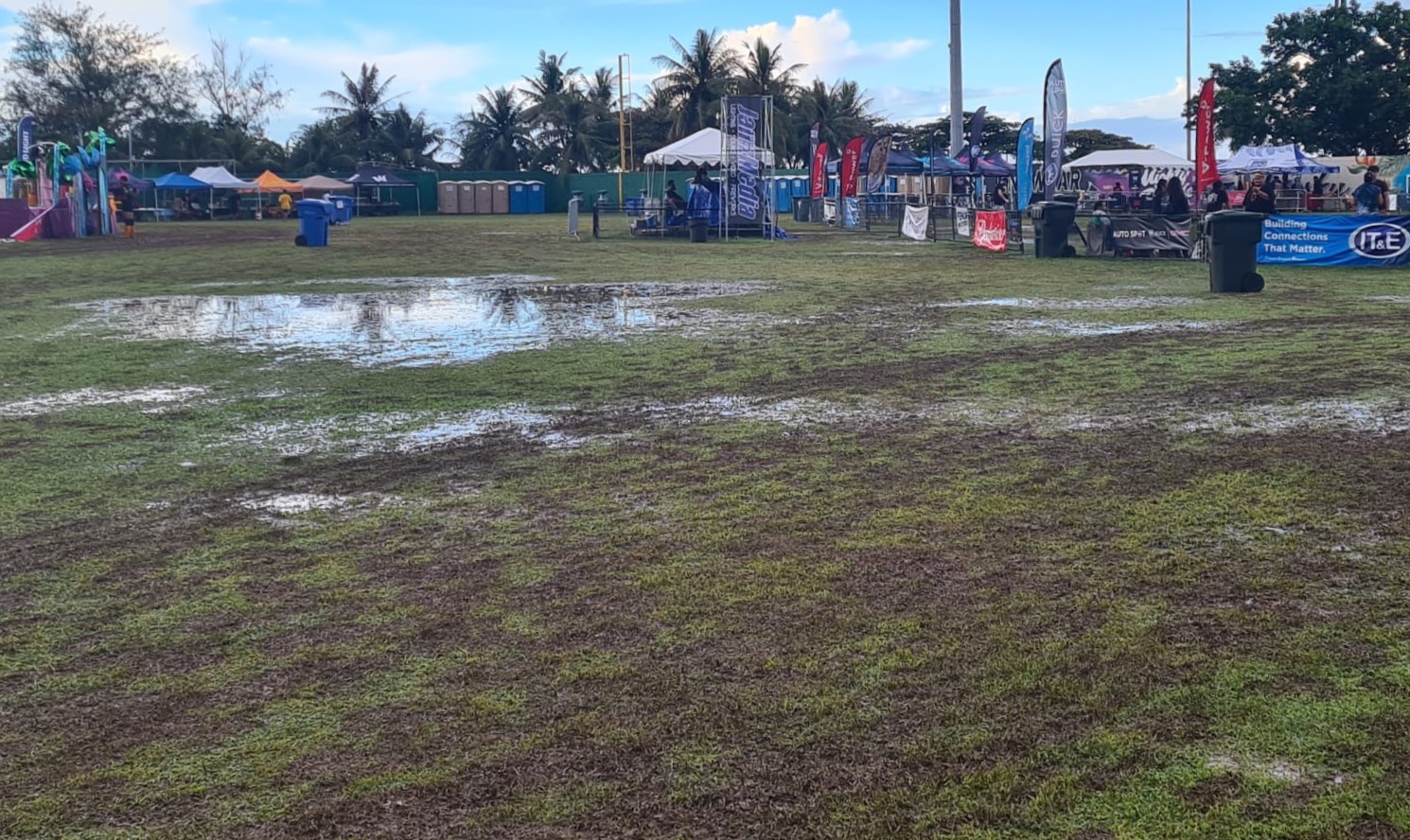 Paseo Stadium’s outfield has turned into a mud pit after the first night of the Indigo Music Festival Friday night.

With a week’s worth of torrential rain, the field was left to heavy traffic of music equipment, vendors and a couple of thousand fans. This has brought up many in the baseball community concerned about the island’s prized baseball facility. Here are just a few received:

The IMF concludes on Saturday night with another five bands taking the stage in centerfield. All day Saturday, rain continued to fall.

Many historical concerts have taken place at the stadium to include Carlos Santana and other top island/reggae bands. The first IMF show was held at the Guerrero Softball Field right behind the stadium.

Another concern is the incoming spring training scheduled for Feb. 1-22 by the Lotte Giants, a pro team from South Korea.

The Giants have already invested in time and resources within the past month by building a pitcher’s training area outside the rightfield wall, refurbishing the infield and donating an infield tarp.

After two days of major foot traffic and a week’s worth of equipment moving, it remains to be seen how the outfield recovery plan will take place.