Cougars, Warriors to face off in quarterfinals 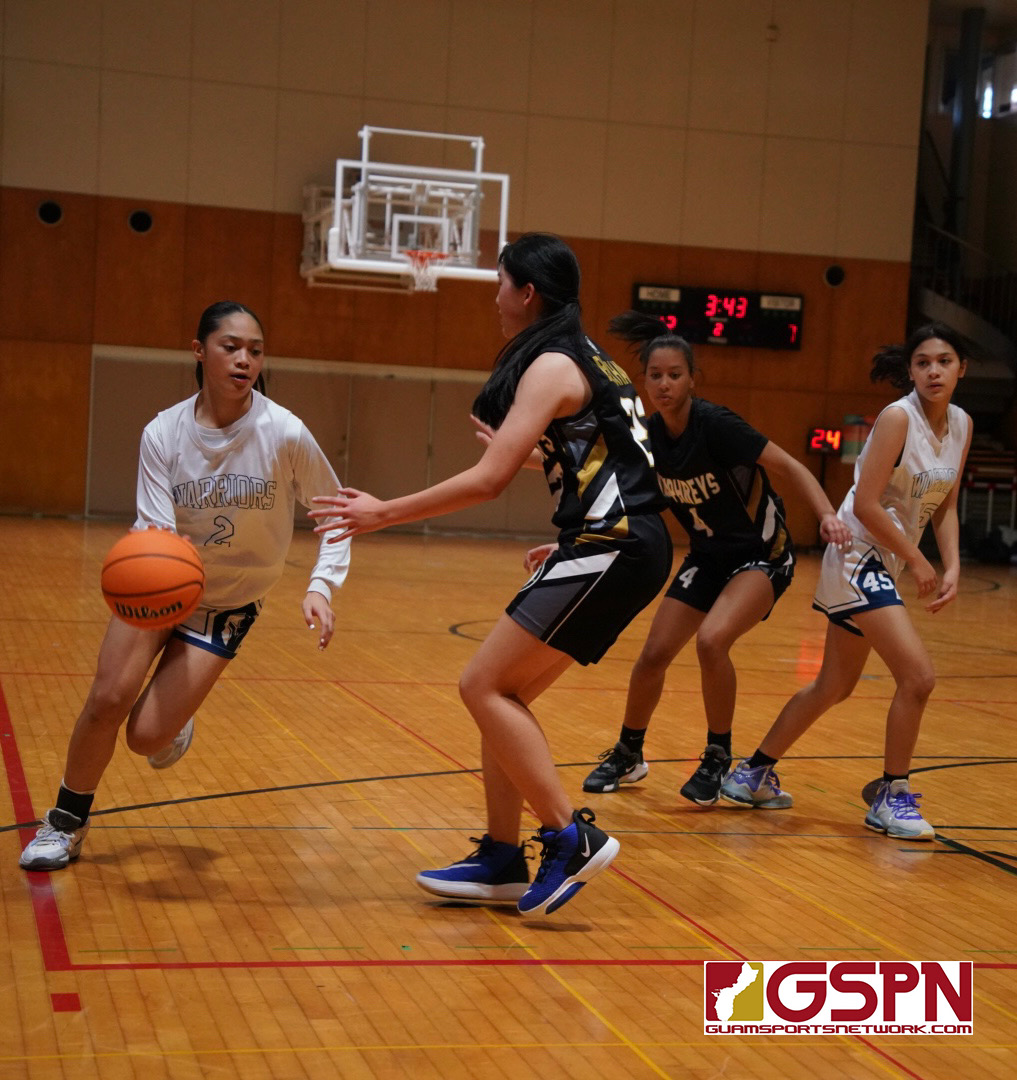 TOKYO, Japan – The Academy Cougars and the St. Paul Warriors will face each other in the quarterfinals of the 2023 Kanto Classic Invitatational Basketball Tournament on Saturday. Both teams picked up victories in the first round Friday to set up a showdown of IIAAG powerhouse teams.

The Academy Cougars are unbeaten in the tournament after defeating the ASIJ JV team 56-10. The Warriors defeated the Humphreys Blackhawks 38-26.

Maria-Jean Paulino and Victoria Rapadas set the tempo early, forcing turnovers which turned into easy baskets on offense. At halftime, the Cougars led 40-4.

Rapadas led the Cougars with 12 points, all scored in the first half as head coach Jimmy Yi emptied his bench in the second half.

Academy senior Jeneva Guerrero said the Cougars will need to be both physically and mentally ready for the elimination rounds on Saturday.

“We need to make those easy buckets and keep our energy up because that’s what seems to carry us more,” said Guerrero.

“So far this has been a really exciting experience.  I’m a senior and this is my first school trip experience, it’s been really fun hanging out with my team,” said Guerrero.

The Warriors advance to the next round after defeating the Humphreys Blackhawks 38-26.

Amaya Mudzimarena had a big first half to help establish a 16-7 lead by halftime. Mudzimarena finished with 10 points and 10 rebounds, A’lura Hernandez also scored 10 points for St. Paul.

With the victory, the Warriors will now face a familiar foe, going against Academy Saturday morning at 9 am. The winner will advance to the final four in the tournament.

The Friars led from start to finish in their first playoff game after defeating Christian Academy Japan 46-35. Blaise Ada and Jaden Santos led the Friars with 13 and 11 points, respectively.

Noah Cruz and Noah Hernandez both had seven points and two blocks.

“Our side of the bracket is going to be tough but we just got to keep focused and treat our bodies right going into the playoffs,” said Friars senior Kiyoshi Sayama. Sayama drained two three-pointers against CAJ and finished the game with eight points.

The Friars advance to face the winner of the Kadena vs Humphreys game on Saturday morning at 10 am.

In the final game of the evening, the Okkodo Bulldogs overcame an early onslaught from the home team ASIJ (American School in Japan) Mustangs to advance to the quarterfinals as well. After a shaky start in the first quarter, the Bulldogs were able to eliminate the Mustangs with a 64-50 victory.

The Mustangs entered the game fired up and bit the Bulldogs early to take an 11-0 lead. The crowd sensed a blowout but the Bulldogs slowly chipped away and used their pressure defense to tale a 30-29 lead by halftime.

Coach Arlene Mad had her squad pressure the Mustangs guards and forced 12 first half turnovers which turned into fast break buckets.

Khylle Varela scored 17 points for the Bulldogs, making 8-of-12 shots. “We were down early so we needed to step up our defense by pressuring them,” said Valera.

The Bulldogs zone pressure defense forced the Mustang point guards to commit turnovers. The Mustangs committed 22 turnovers for the game.

Guam went 4-4 in the first round of the playoffs with Academy, FD and St. Paul also advancing. Quarterfinal Games start Saturday morning at 9 am. Winners go to the semifinals in the afternoon and the championship game will be played in the evening.