Harvest rolls out the broom to sweep Academy 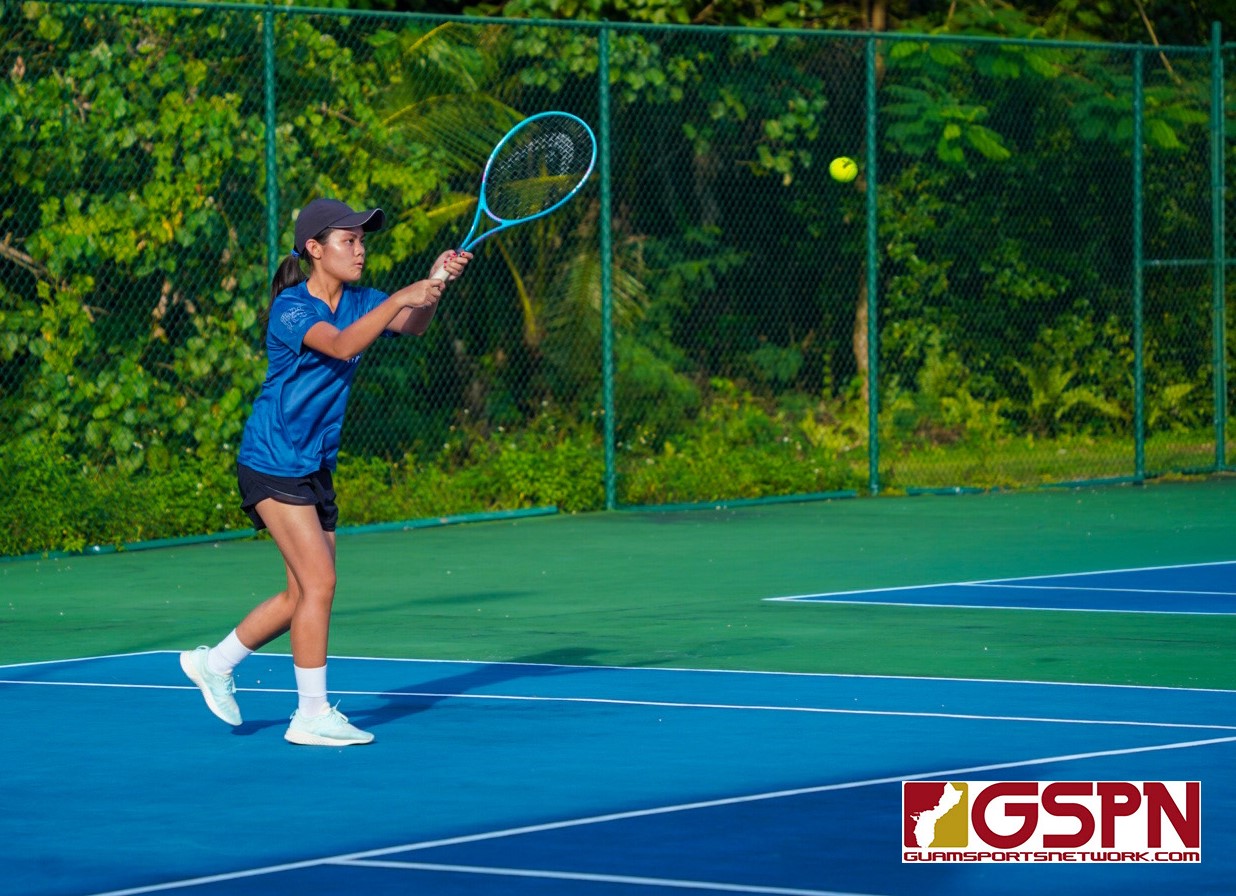 The IIAAG Tennis season kicked off Tuesday afternoon as the Harvest Eagles defeated the AOLG Cougars in their Singles and Doubles matches 32-2. Harvest junior Kaylie Cho made her debut as Singles 2 after previously playing Doubles her sophomore and freshman seasons.

Cho secured her win over Academy’s Angelina Blaz standing at 8-1.

“In the beginning, I was very nervous for my match personally, but I knew that me and all my teammates would win,” said Cho. She revealed that playing Singles for the first time was definitely nerve-wracking for her, especially since she had played with a partner in her previous years.

Academy’s Blaz would secure the second game to extend the match, but Cho ended it leaving the score at 8-1.

The Eagles Randi Ann Atento & Sam Quirante (Doubles 1) managed to score straight sets wins against Academy’s Theresa Balo & Amara David. The pair put on a strong game and did not disappoint the audience.

Harvest gave up only two games the entire afternoon, making a statement for the rest of the tennis season.