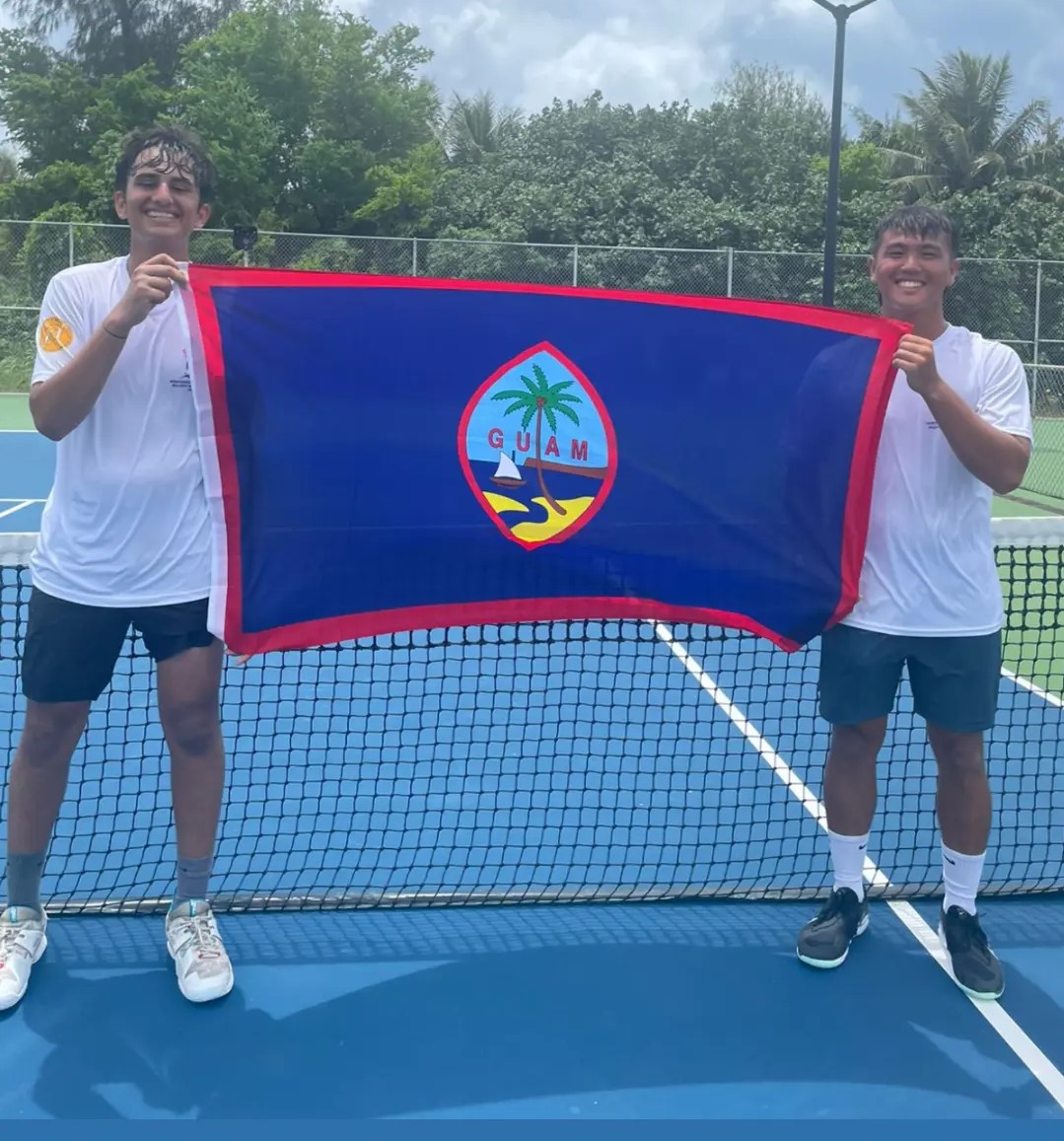 SAIPAN – The doubles event continued on Wednesday afternoon and one team is in contention for a medal. Camden Camacho and Aarman Sachdev defeated Noah Molbaleh and Zachary Sands of Vanuatu to advance to the semi-final round of the Men’s Doubles Tennis event in the 2022 Pacific Mini Games.

Camacho and Sachdev won in straight sets (6-4, 6-4) to advance and will play a higher seed (to be announced later tonight).

“Cam played really strong today, especially in his service game,” said Sachdev. “We focused on staying steady because their team is really strong.”

“He’s (Cam) a good mentor for me and the team. He gives me good advice and is strong as a doubles player,” said Sachdev. “This is my first Games, to make it the semifinals feels really good.”

The other men’s team composed of Aidan Schembari and Dakota Gibson was eliminated by Sebastian Tikaram and William O’Connell of Fiji in straight sets. Despite the loss, coach Michelle Pang said this experience for them will help them grow for future games.

It’s been 30 years since a tennis team has been in the medal run for Guam. According to coach Pang, it was since the “90s” when a player or players from Guam had a chance to medal in the Pacific Games or Mini Games.

Sydney Packbier and Monti Gibson were eliminated in the quarterfinals of the doubles event and their PMG ended Wednesday afternoon. Despite being eliminated from medal contention, the future is bright for the pair of 15-year-olds.

“I’m proud of how we did. We fought for every game and every match,” said Packbier. “I feel I proved to myself that I deserve to be out here and the experience here will help me become a better player.”

The duo was the youngest pair in the women’s doubles in the Mini Games and making to the quarterfinals was huge for the experience and confidence.

This is not the end of the road for the two prospects, they were both positive after their match play and stayed at the courts to cheer on their teammates.