The top male and female finishers for the 45th Hafa Marathon in 2016 were more than just familiar faces. Ryan Matienzo and Manami Iijima, for the second straight year, topped all their divisional runners during Saturday mornings half-marathon from Anderson Airforce Base to Gun Beach. 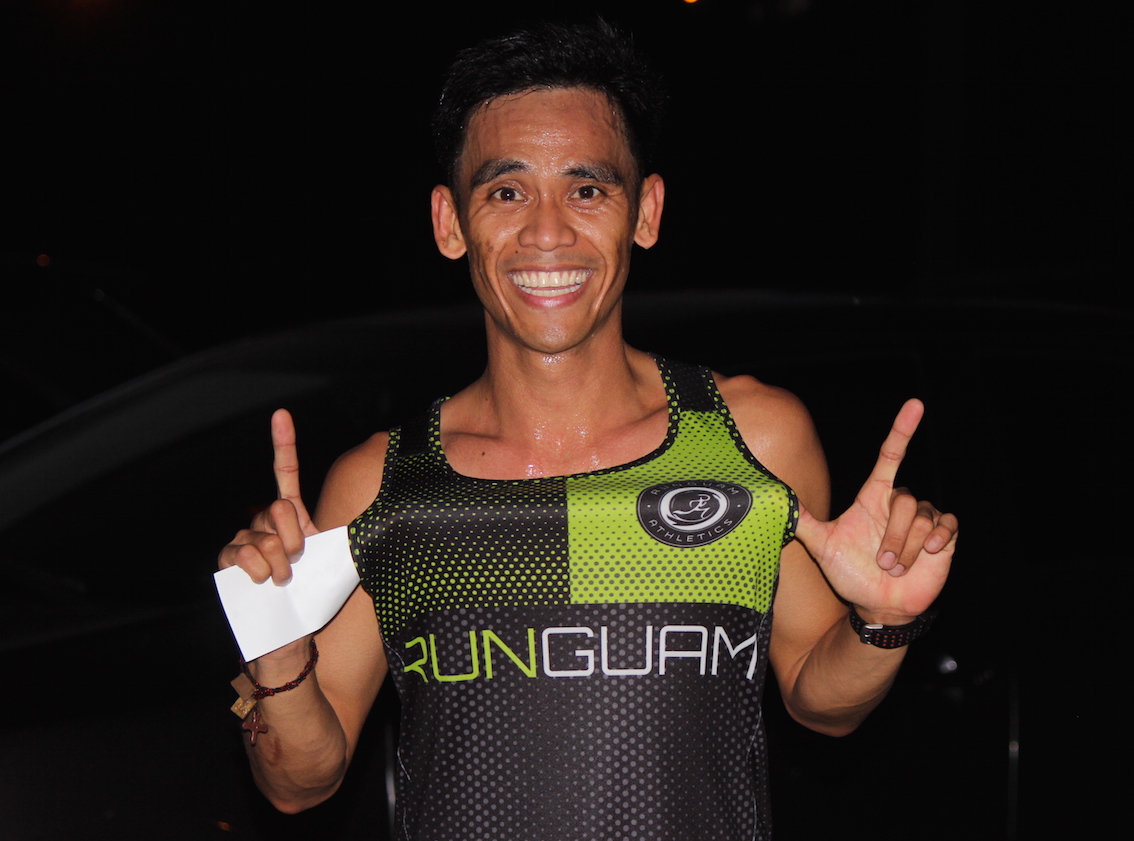 The top male and female finishers for the 45th Hafa Marathon in 2016 were more than just familiar faces. Ryan Matienzo and Manami Iijima, for the second straight year, topped all their divisional runners during Saturday mornings half-marathon from Andersen Airforce Base to Gun Beach.

Matienzo, who was also nursing an ankle injury suffered just days before, finished just seconds slower than last year’s 1:15:29 coming in at 1:15:42 this time around. The course was the same, but the race this year had a different feeling for Matienzo with fellow runner Derek Mandell not participating this year as he heals from an injury.

“I had no one to really push me or pace with me. If I end up slowing down [Derek] usually push me and we both end up pushing each other to our limits,” said Matienzo of Mandell’s absence.

Two Lovers point was always a difficult run due to the amount of pot holes, but Matienzo said the cop cars following close behind him lit up the way to make his race a little easier.

“I’ve just had more consistent training and I’ve had very good supporters this year,” said Iijima on how she was able to shatter her PR.

Both runners were using this years Hafa Marathon to again get ready from the upcoming Guam Interational Marathon in April.

“I felt that if I could hit a new PR today that hopefully means I can hit my PR during the GIM as well,” said Iijima.

“This is a good way to see where you stand for the upcoming GIM. A lot of us use this race as a way to gauge oursleves for that event and today’s run was great. The weather was really good this morning,” added Matienzo.

Results will be posted when available…

Manami Iijima takes a victory photo after shattering her PR in the Hafa Marathon. (photo by Robert Balajadia)