Baby Joe has his sights on a big Bellator bantamweight fight. 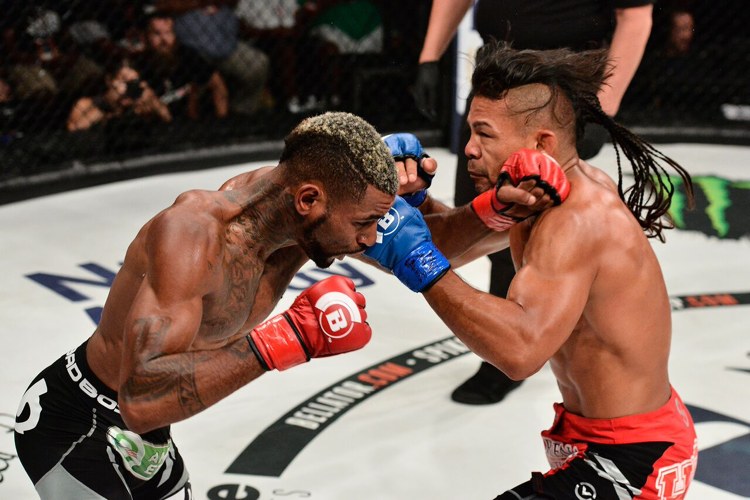 It’s been over 10 months since Baby Joe Taimanglo stepped into the Bellator cage, and though it’s been a while, he’s still very well in the thick of things in the promotion’s bantamweight division.

BJT is back in action this Saturday (Chamorro Standard Time) against Leandro Higo, another top-ranked fighter who is coming off a split decision loss at the hands of bantamweight champion Eduardo Dantas in April.

The big fight is part of Bellator 184 in Thackerville, Oklahoma where the main event is the bantamweight title fight between Dantas and Darrion Caldwell. Yes, the same Darrion Caldwell that BJT beat in stunning fashion in July 2016 before redeeming that loss in December. It was the last fight for both Taimanglo and Caldwell.

This will be BJT’s 10th fight in Bellator in his 23-7-1 pro resume’. Now 33 years old and ranked 18th in world in his division, Taimanglo knows he needs a win this weekend to stay atop of the elite class.

Weigh-ins for Bellator is Friday morning (CST). In Taimanglo’s corner once again will be fellow Guam chelu’ Vince Salvador, one of the top striking coaches coming out of San Diego’s The Arena gym.

This will be Baby Joe’s third fight in Thackerville under the Bellator flagship. He beat Sirwan Kakai there in March 2016 before dropping to Caldwell last December.