U18 SOCCER SET TO TAKE ON NMI’S BEST 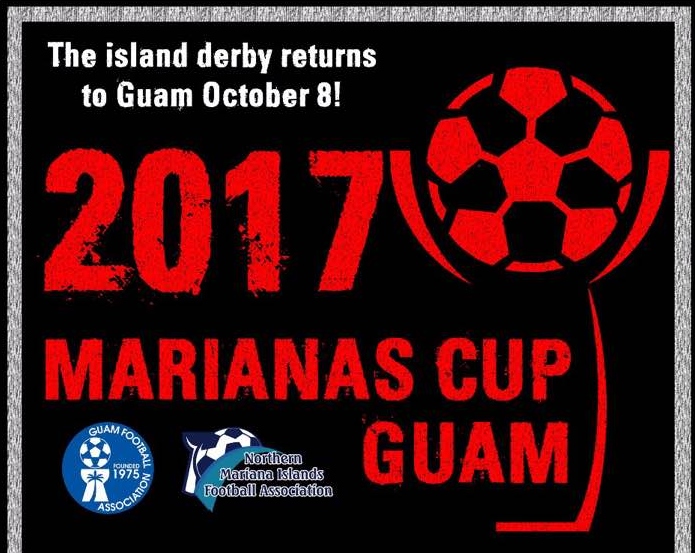 PRESS RELEASE – The upcoming 2017 Marianas Cup Guam U18 Boys competition will be a showcase of talent from the U18 division of the Aloha Maid Minetgot Cup Elite Youth League when the All-Stars take on the Northern Mariana Islands U18 National Team Sunday at GFA.

A total of 22 players were selected from the league’s five teams in the division to train as a team and of the 22, 18 will be chosen to suit up for the tournament match set for 4 p.m. Sunday.

“The selection process involved members of the GFA Technical Department watching and listing potential players who showed a good understanding of the game,” said Mark Chargualaf, head coach of the Guam U18 All-Stars. “These players also demonstrated the necessary technical ability that helped them stand out in their respective games.

“For the match against the NMI U18 National Team, we are looking to get the win. I believe that with the proper preparation, in terms of getting these boys on the same page, we can get the result,” Chargualaf added.

Of the 22 players, the undefeated Wings Red and Bank of Guam Strykers have the most representation with seven players each on the training squad. Four play for the No. 2 ASC Trust Islanders and three from last season’s champions, Quality Distributors. The squad’s other player hails from the Tigers.

“I feel that it is very important for players to have the right attitude to seek out and play at the highest available level and for youth footballers in Guam, the Minetgot Cup is intended to provide that level of play,” Chargualaf said. “There is a direct relationship that can be seen between players’ abilities and the environment they are immersed in. Playing in higher-level competitions produces higher quality players.

“The Minetgot Cup will also serve as the main place where players are scouted and invited to partake in various youth national team competitions. In general, we want our national teams to consist of the best players in the best leagues and competitions available to them,” Chargualaf added.

Of the selected players, the Personal Finance Center Lady Crushers and Bank of Guam Strykers have the most representation with five players each on the roster, followed by Hyundai with three players called up. Two play for Nutrition Mission Heat and the other players hail from Quality Distributors and the NAPA Lady Rovers in the Bud Light Women’s Soccer League.

There is no entrance fee to watch the matches. Refreshments will be available for purchase during the matches.

For more information about the tournament, call the GFA Main Office at 637-4321.