The Guam Football Association women’s committee officially expanded the Bud Light Women’s Soccer League with the launch of the W2 division Sunday in an effort to meet the demand of the growing number of women wanting to play up from recreational soccer. 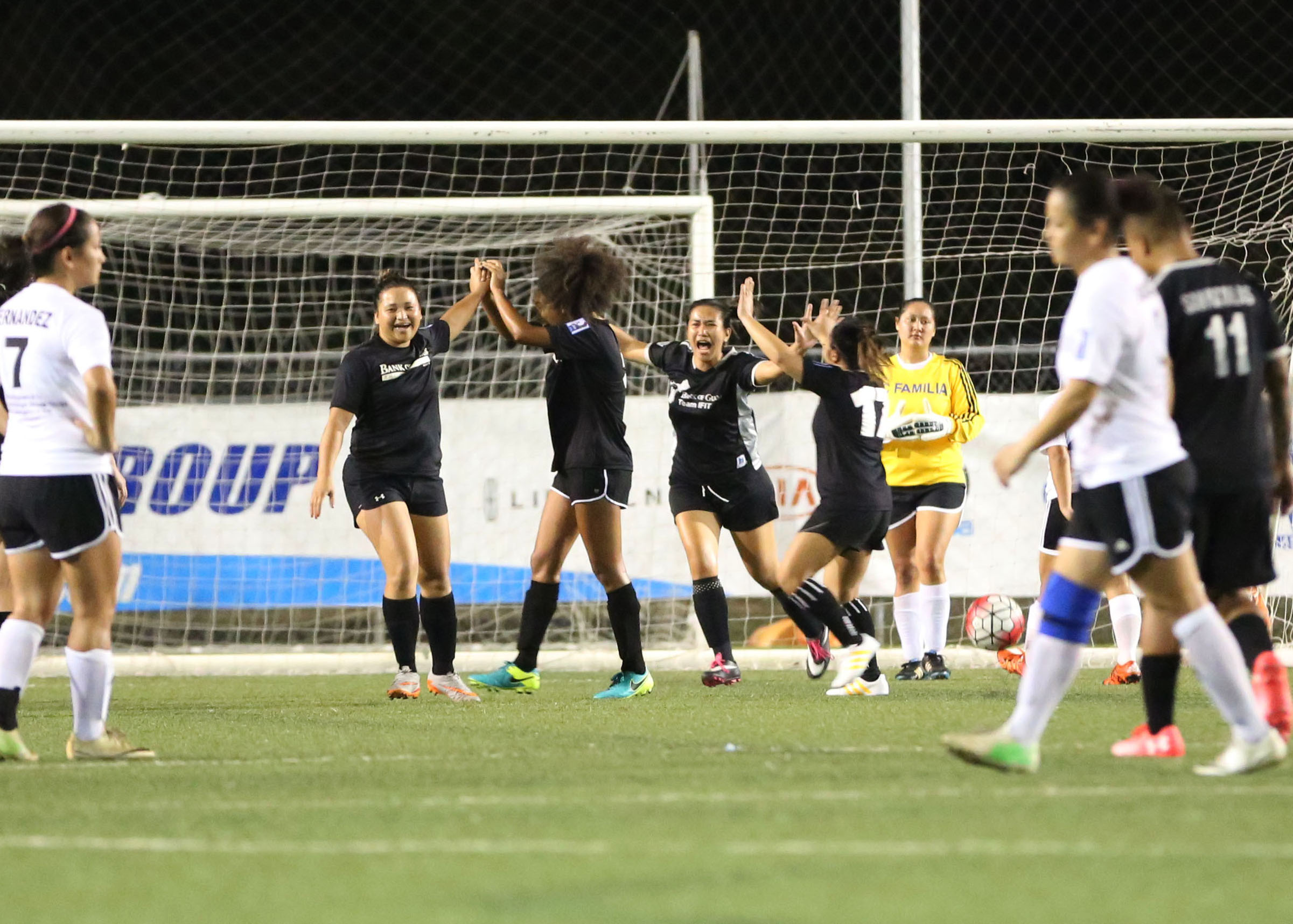 PRESS RELEASE – The Guam Football Association women’s committee officially expanded the Bud Light Women’s Soccer League with the launch of the W2 division Sunday in an effort to meet the demand of the growing number of women wanting to play up from recreational soccer.

“The overall objective is to get more women playing soccer at a level that continues to challenge them,” said GFA women’s administrator Grace Martinez. “When we started with the Docomo Pacific Soccer Moms League in 2013, many players moved up from that league to the intermediate recreational league a year later, and now are looking for another challenge. We created the W2 division to introduce those players to a more competitive environment, which we hope will eventually become the bridge for many players to the Premier Division of the Bud Light Women’s Soccer League.

“The launch of the W2 division is part of our month-long celebration of AFC Women’s Football Day, which coincided with the celebration of International Women’s Day on Mar. 8. Also this month, we have the upcoming 6th Annual Girls High School Preseason Challenge Cup on Saturday. We are proud to join other countries across Asia that continue to celebrate women’s football, particularly with special activities for girls and women this month,” Martinez added.

Bank of Guam Strykers W2 forced a 4-4 draw with FC Familia, with a three-goal performance in the second half. Maria Nededog finished with two goals for the Strykers, including the game-tying goal in the final seconds of the match on a penalty kick. Paige Mendiola and Ha’ani Quinata also scored for the Strykers. Deana Fernandez scored twice for FC Familia and teammates Erin Retuyan and Constance Iglesias also scored.

Sunday’s other fixture between Personal Finance Center Lady Crushers and Bank of Guam Lady Strykers will be rescheduled to another date.